The accident: A five-man crew was working to remove dead trees from a rural area. They were working on the third tree and had cut off most of the limbs. Even though the experienced crew checked each tree for rot by tapping on the trunk, they didn’t notice the presence of wood wasps in the upper trunk.

Late that afternoon, a 42-year-old tree trimmer (wearing a saddle belt attached to a cloth lanyard) climbed the tree to cut it away in sections. While ascending the tree, the victim realized the tree was more damaged than expected, stopped climbing at approximately 35 feet, and tied off at that height.

The rotted tree was listing and as the top section was cut away, the tree bent with it. As the tree sprang back to its original position, the backlash was strong enough to fracture the trunk 6 feet below the cut area where the victim had tied his lanyard. The tree trimmer sustained a fatal head injury when he fell to the ground.

What the expert says: Tree care operations can be dangerous, according to data from the Census of Fatal Occupational Injuries (CFOI) and the CDC’s National Institute for Occupational Safety and Health (NIOSH). From 1992 to 2007, a total of 1,285 workers died while performing tree care and maintenance, and 44 percent were trimming or pruning a tree when fatally injured. The most common causes of death were being struck by or against a tree or branch, falls from trees or ladders, and electrocutions.

The presence of wasps should have indicated a rotted tree and potential safety hazard. He says most of the injuries he’s seen in more than 30 years in the field are the result of poor safety training, or workers not using designated safety attire such as eye protection and hard hats. He advises tree trimmers never to attempt to pull over a tree with a truck. The truck’s transmission is not designed for this and there is a good possibility the line will break and the tree will fall in the opposite direction.

He also never advocates allowing trees to free fall. “Attach a line high in the tree around the trunk and have at least a 20-foot chain attached to the other end of the rope. Use two different come-alongs hooked to that chain and pull the tree over after it has been notched. Work both come-alongs alternatively to ensure a steady pull without overloading them,” Wilder says. 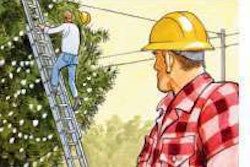 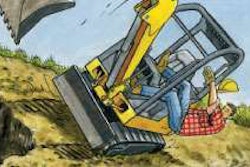 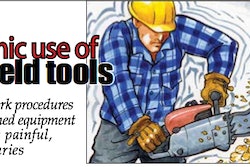 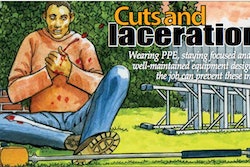