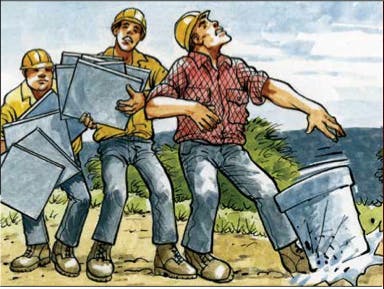 The accident: A 32-year-old worker was lifting heavy concrete planters from the back of a pick-up truck and carrying them to the edge of the work site when he stumbled on uneven terrain. Two other workers were carrying flagstone behind him when he fell, causing a chain reaction. The planter landed on the worker’s right foot, and the other two crew members also dropped their loads. The worker’s foot was crushed and he also suffered back and neck pain from the accident. The other two crew members had cuts and bruises.

Expert’s advice: Greg Ambrose, from Cleveland, Ohio, a hardscape consultant with Vander Kooi & Associates, says worker safety requires regular maintenance and updating just like equipment check-ups. Ambrose says improper lifting of heavy and awkward items can cause back and neck injuries, and it’s a good idea to refresh yourself on safe lifting practices even if you think you know the information. “I would look at this accident and try to determine if the worker had been wearing safety gear such as steel-tipped boots and gloves. The boots could have prevented him from slipping and the gloves give a stronger grip,” he says. Other factors leading to the accident include the incorrect assessment of the weight and awkwardness of the planter and the roughness of the terrain. The worker could have used a dolly or lifting device or carried it with another worker. Ambrose says most accidents result from haste and not necessarily from lack of information. 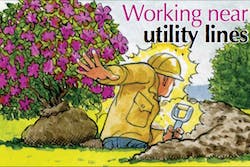 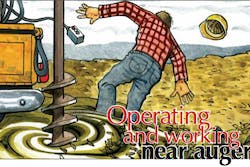 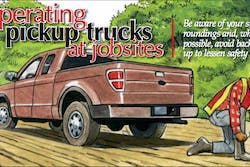 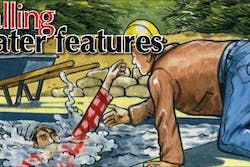