Equipment matters: How to master the backhoe 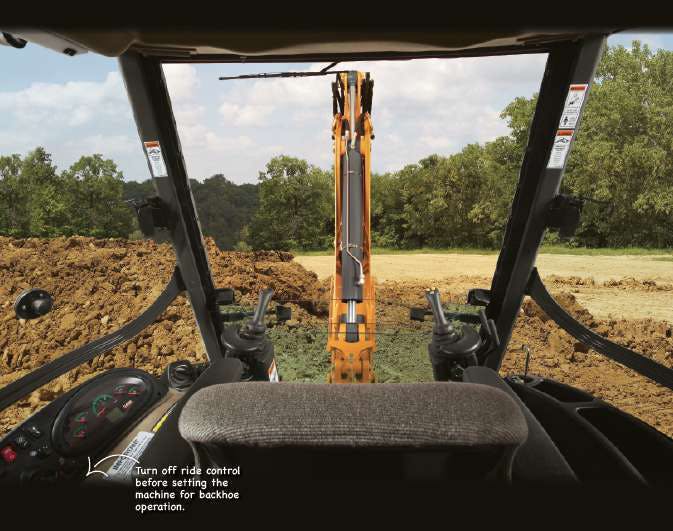 Whether digging a hole for a pond, installing an irrigation system or excavating a site, you only need one piece of equipment for all of these tasks: a backhoe.

To make sure you are getting the most from this machine, here’s how to become a more efficient backhoe operator.

A rookie mistake many operators make is pushing the equipment to its max to finish faster. But in reality, they could be adding more time to the tasks and costing the owners more in the long run. Instead, you should know the optimum speeds and when to use certain functions when operating and traveling on the jobsite. 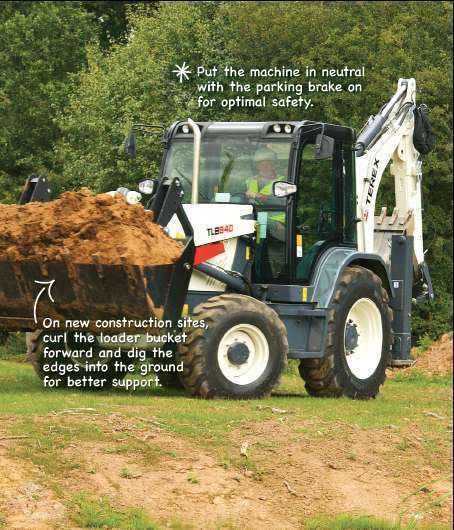 Turn off ride control before setting the machine for operation, says Katie Pullen, marketing manager, Case Construction Equipment. “You’re going to want to use the loader bucket for stability, and if that loader bucket senses a load on it, as it would while supporting the rest of the machine, the arms are going to float up and down and complicate operation,” she says.

Another mistake many new operators make is immediately setting the backhoe to full throttle. “This is an unnecessary waste of fuel and energy with the introduction of variable-volume piston pumps that help provide power as needed,” Pullen says. You can set it below full throttle and still tackle the job.

“We suggest that operators always operate their backhoe loader at the lowest engine speed that completes a task, generally between 1,500 to 1,800 rpm,” Wright says.

Cycle times can add up. So, instead of swinging a scoop of dirt out 90 degrees, only move the backhoe arm about 20 degrees and dump it.

“It may not seem like a big difference, but all of that extra work adds up over time and requires unnecessary fuel and time, while also putting extra wear on the machine,” Pullen says.

Cutting down on your digging distance can also help you be more efficient. Keeping the arm closer to the machine when digging gives the backhoe more digging strength.

“It’s much easier to start a hole close to the machine and then dig away from cab, versus starting a hole further out and trying to dig back toward the machine where you have less strength and more earth working against the bucket,” Pullen says. 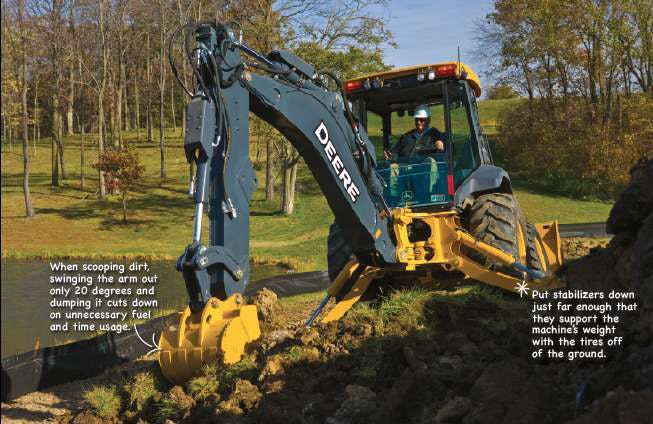 When putting down stabilizers, make sure they go far enough to hold the weight of the machine and lift the tires.

“Some operators think they need to have the machine as high up as they can get it, but you sacrifice some operating performance at that point,” Pullen says. “The machine is at its strongest when the wheels are just off of the ground, the machine is supported by the stabilizers and the loader bucket is curled forward and engaged with the ground.”

Stabilizers provide better surface contact with the ground, compared to the wheels, and they also don’t bounce and react to pressure being applied.

Other machine components can also help keep you steady. On new construction sites, curling the loader bucket forward and digging the edges into the ground provide support. But for mature, finished lawns or surfaces, lay the bucket flat and apply pressure to it, which will help prevent damage.

“Make long and deliberate movements and work to avoid rapid turns of the wheel, such as tweaking the wheels when you’re set in the digging position,” she says about working on finished surfaces. “The benefit of a wheeled machine is reduced impact to the existing landscape – don’t eliminate that benefit through reckless driving.” 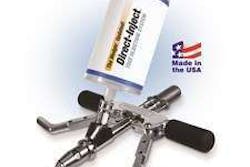 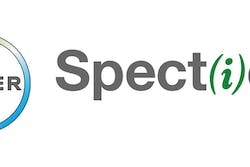 Two Herbicides Approved for Use in California 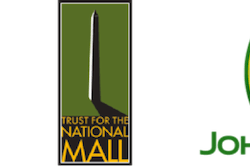