How to construct red-hot fire features

The warming glow of a fire feature can spark up conversation, create the perfect spot for relaxing after a long day or keep the party going well through the night.

“The need for outdoor rooms has grown,” says Jeff Blunkosky, owner of Pittsburgh Stone & Waterscapes in Pittsburgh, Pennsylvania. “People are looking for different ways to entertain out of their homes, and popular features are fire pits and places.”

While there are endless ways the perfect fireplace or pit can add value to an outdoor room, there are specific skills and knowledge a landscape contractor should possess to ensure they light up clients’ faces every time.

“A three-hour seminar isn’t enough knowledge to jump into it,” says Jeffrey Ingrassia, owner of AquaFX and Outdoor LivingFX in Mt. Sinai, New York. “These structures can create an unsafe hazard if not constructed properly, whether it’s too close to a roof line or if there’s an improper gas line connection that could cause damage to fixtures.”

From the design to materials used, here are tips for constructing sturdy, safe and stunning fire features.

Blunkosky offers both wood and gas fire features, which are all custom built. For clients looking for more flexibility in the design, he suggests fire pits, which aren’t considered a structure in Pittsburgh.

With pits, he sometimes adds a surrounding entertainment space that recesses into the ground to create a different area within the overall project. To be safe, he installs the fire pits at least 20 feet away from the house.

Unlike fire pits or rings, fireplaces will require additional attention to placement, design and construction, Blunkosky says. The install team will need to be familiar with local building codes to make sure the fireplace is the proper distance from other structures.

For wood-burning fireplaces, he makes sure they are at least 9 feet tall. So, it’s important to address the features height in the overall design. “If you place it in an area with nothing else that’s tall in size, it stands out like a sore thumb,” Blunkosky says. “Put it where there’s a hillside, backdrop, sitting wall or something that’s going to help transition it.”

After deciding on its location, the crew can start to prep the site and construct the fireplace. “The most crucial part about installing a fire feature is the foundation,” Blunkosky says.

Once the area has been excavated, the team needs to lay a level, sturdy sub base. A fireplace will require a concrete footer and properly laid first course, similar to that of a retaining wall, Blunkosky says.

“There’s going to be a lot of weight on it,” he says. “You’re going to have a lot of problems down the road if the foundation isn’t done right: It would be a complete tear down and rebuild.”

Ingrassia agrees and says it’s important to not compromise the integrity of the foundation. “Using cement piers or footings below grade level in these climates will insure many years of satisfaction for the client, enjoying the fire effect while entertaining,” Ingrassia says. “Over the years, inexperienced contractors have built structures that only had to be ripped out and redone, causing clients to spend twice as much as they needed to.”

After laying the base, the crew should make sure each course is level before adding another one. “Sometimes, there are inconsistencies with the blocks,” Blunkosky explains. “So, take a grinder to the flawed area of the block. If you’re off 1/32 of an inch, you’ll be off a lot by the time you get to the top.”

Blunkosky likes to use Unilock’s Brussels Dimensional Stone, which is considered a retaining wall stone, for his fire features. The material has a smooth surface, and the stones can be connected with a coping adhesive – which works great for the weather in Pittsburgh, he says.

“We have harsh winters and experience a lot of freeze/thaw activity,” Blunkosky says. “With this type of concept, if you get water in between the stones, that adhesive provides flexibility from cracking or popping, which isn’t the case if you use concrete.”

Another approach he suggests is using neutral colors, such as brown, grey or another color already being used within the project. “Pick out a color that will flow with the rest of the hardscape,” he says. “That’s especially important with big fireplaces.”

The size of the materials can also help or hurt the project. “When building a custom fireplace, using stone dimensions that are divisible by four works well – like a 4-inch by 8-inch by 12-inch tumbled stone,” Ingrassia says. “That allows the installer to alternate the design with minimal small-cut pieces.”

Once a landscaper has mastered the art of creating a fire feature, they need to market their services.

Like with other hardscape projects, presenting past fire feature photos is a big selling point for customers. Blunkosky will share photos with them during the home visit, and he also directs them to his website, which includes shots from a variety of jobs.

“When they see my other projects, they’re able to see the aesthetic beauty and how it’s all going to flow,” Blunkosky says. “You can’t just walk in their backyard and say, ‘This is where it’s going to go.’ That won’t work. You need to introduce visual aids so they get the idea of what it will look like.”

He doesn’t just try to sell them a fire pit or fireplace, though; he presents an entire outdoor living experience – from sitting areas to pergolas. And with 90 percent of his fire features coming from new construction, he’s able to work with a blank canvas.

But if a client isn’t ready to add a fire feature to the project yet, work with them in phases, creating an entire outdoor living space during a span of time, suggests Ingrassia, who also features projects on his site. In addition to selling fire features to the client, it’s also important to educate them on the process so they will know what to expect. 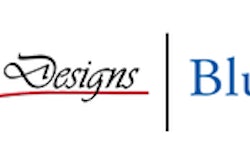 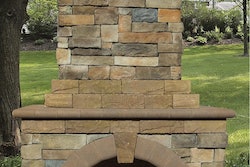