After a 2,700 mile journey, the U.S. Capitol Christmas Tree was lit in a special ceremony attended by thousands of people this week on the Capitol’s West Front Lawn.

The ceremony, co-hosted by U.S. Speaker of the House Rep. John Boehner (R-Ohio) and Stephen T. Ayers, Architect of the Capitol, culminated the journey for the 75-foot white spruce. The tree was transported by a specially-decaled Kenworth T880 from the Chippewa National Forest in Cass Lake, Minnesota, and the Leech Lake Band of Ojibwe to the nation’s capital.

“It was quite an experience for the T880, Kenworth’s flagship, heavy haul vocational truck, to play a major role in getting the U.S. Capitol Christmas Tree safely from Cass Lake, Minn., to Capitol Hill,” says Kurt Swihart, Kenworth marketing director. “The special T880 was built by our employees at the Kenworth assembly plant in Chillicothe, Ohio, and they were especially enthused to see the truck and tree during a tour stop at the plant. Being an integral part of this American tradition on its 50th anniversary was a special honor for Kenworth and all our employees.”

This year marks the 50th anniversary of the traditional Capitol Hill Christmas Tree ceremony, which was first begun by U.S. House Speaker John W. McCormack in 1964. The tour attracted over 35,000 visitors at more than 30 stops during its trip across eight states from Minnesota to Washington, D.C.

The 75-foot white spruce is decorated with thousands of hand-made ornaments, crafted by children and others from Minnesota communities.

A Kenworth T680 Advantage with 76-inch sleeper accompanied the T880 on the tour, pulling a van trailer that carried the handmade ornaments along with 70 smaller Christmas tree donated by the Minnesota Tree Growers Association. Those trees are on display at various federal offices in Washington, D.C.

The tree will remain lit with strands of LED (light-emitting diodes) lights from dusk until 11 p.m., each night through the holiday season. 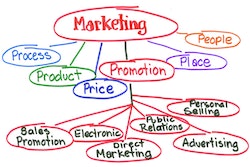 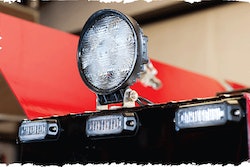 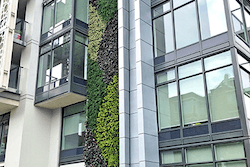