Caterpillar has expanded its compact wheel loader line by three, launching the 906M, 907M and 908M with several ways to customize the machines for particular applications.

The loaders are powered by a 75-horsepower, Tier 4 Final Cat C3.3B engine. Options include a high-speed configuration, ride control system and high-flow hydraulics. The single-plan coolers use a hydraulic fan or a Cat Demand Fan that operates at max speed only when needed. There’s also an Eco mode for regulating engine idling time.

Another available option is the stop-to-shift transmission which allows the operator to choose between max rimpull and max travel speed (22 mph) via a console switch and adjusts speed when traveling downhill.

There are two coupler options available: a skid steer loader style and a Cat coupler for buckets and optimized pallet forks.

Cat offers two feature packages for these loaders. The “Road Feature” includes a ride control system that cushions boom cylinders in rough terrain. There’s also a variable-speed creeper control for ground speed adjustment that works independently of other tools, such as brooms and snow blowers.

The electronic throttle lock maintains a set engine speed so tools can function at maximum power. The package also includes an implement-modulation system for adjusting hydraulic response and a Hystat aggressiveness control for machine acceleration and directional-change response.

The “Load Feature” package includes the same throttle lock, aggressiveness control and modulation system, but adds rimpull control and Return to Dig. Rimpull control has four different power settings to reduce tire slip in poor underfoot conditions. The brake pedal functions as an inching pedal for the first half of its stroke, hydrostatically decelerating the machine.

Return To Dig repositions the bucket for the next loading cycle when the operator places the joystick lever in the bucket rack-back detent after dumping and is adjusted at the tilt cylinder. 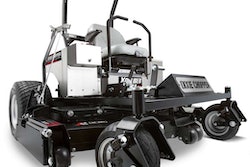 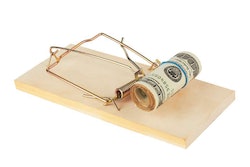 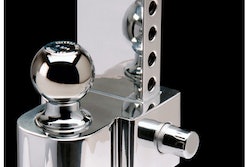 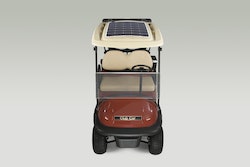