With few exceptions, keep invasive species out of landscape

Growing up in Northern Illinois, I watched my Dad walk into the woods on our property several times a year to spray the garlic mustard. Originally from Europe, this invasive species was once used for medicinal purposes. For my Dad, however, garlic mustard was nothing but a headache. With no natural enemies, it grows rapidly, releasing anti-fungal chemicals that suppress the growth of surrounding plant species.

According to the National Invasive Species Council, an invasive species is defined as any non-native plant that causes, or is likely to cause, economic or environmental harm or harm to human health. Invasive plants are also a threat to native wildlife.

Invasive species occasionally are introduced to residential landscapes deliberately, usually because a plant with certain aesthetic characteristics is desired. Some are drought resistant, most grow quickly, some tolerate poor soil conditions and others are just interesting to look at. Because invasive species tend to be resilient, they also tend to flourish. If not held in check, they can take over a landscaped area eventually.

Invasive species grow so well because they have abundant, easily dispersed seeds, according to the U.S. Forest Service. Some may also multiply via roots and stems. Being non-native species by definition, they have no natural predators, so most grow quickly. They may also spread from non-natural occurrences such as seeds that travel on the clothing or shoes of passersby, in firewood or even on vehicles.

Ornamental plants can be defined as invasive in some instances, according to the National Wildlife Federation. A great example is the water hyacinth. While homeowners may love having the lily-pad-like flower in their backyard ponds, the plant’s seeds can travel into natural bodies of water and overtake the area.

Many so-called invasive species only become invasive when they are not cared for properly, according to the U.S. National Arboretum. English ivy is one example.

Meant to be a ground cover, the plant now covers the exterior walls of homes throughout the country. Due to its quick vertical reproductive cycle, the plant overgrows anything in its way. If maintained properly, however, English ivy may be a suitable addition to the landscape.

Still, it’s important to remember that invasive species can be a serious threat to a natural ecosystem. Many invasive plants release chemicals that inhibit the growth of surrounding species, according to the Forest Service. And even without such a direct attack, the invasive species frequently out-compete native plants for resources. Worst-case scenario: biodiversity declines and food webs are drastically changed, says the National Wildlife Federation.

Invasive species cost millions of dollars to prevent, detect and control. The Forest Service Invasive Species Program provides “the scientific information, tools and methods for regulators, managers and the public to address invasive species,” its website says, with the goal of minimizing or eliminating their introduction, establishment and spread.

Landscaping professionals should educate themselves on native and invasive species, sharing that information with their clients. A client who chooses to incorporate an invasive species into their landscape should be informed of the need to maintain the plant so it doesn’t spread. However, the best option is always a non-invasive plant. 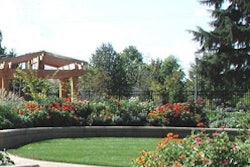 Landscapers, too, can tap the enticements of sensory gardens 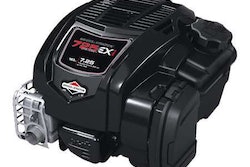 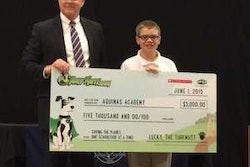 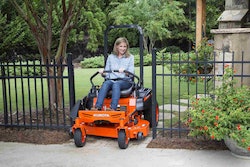