Some Southern California residents, as well as a landscape designer from the area, are calling into question a California Department of Transportation (Caltrans) plan to plant more than a million square feet of freeway landscaping that will be

irrigated with overhead sprinklers along State Route 91 – a major east-west freeway – as the state works to reduce water use due to a years-long drought.

“All my neighbors are letting their lawns die. It’s awful to see. For the taxpayers to have to (pay to) water landscaping in the highway … while we must forgo watering our lawns is an abomination,” Barbara Sieg of Grand Terrace, California, told the Press Enterprise.

The six-mile landscaping project, which Caltrans says is a replacement of plants that were removed during freeway construction in 2012, is expected to use 155,620 gallons of potable water per day,

with an additional 39,000 gallons to be used in the first year, as the plants take hold.

Landscape architect Jean Marsh of Jean Marsh Design in Corona, California, told the Press Enterprise that while the overhead irrigation system called for in the Caltrans plan is good for plants, as it mimics rainfall, it’s not good for water conservation.

Caltrans spokeswoman Vanessa Wiseman said the plan includes the use of “smart” irrigation controllers that automatically adjust watering based on weather conditions and soil moisture.

In addition to an irrigation system, the SR 91 freeway plan includes the installation of plants and trees that are not native to California, including freeway daisies, ice plant, bougainvillea and more.

“The thing I find very, very frustrating,” Marsh told the newspaper, “is why are we planting jacaranda when we could be planting native oaks?” 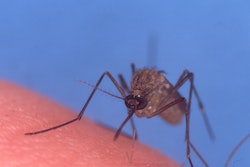 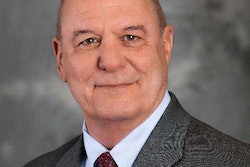 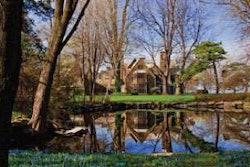 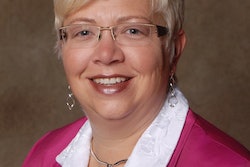