A disabled veteran in Central Texas came home to an unpleasant surprise on Friday, July 24, when he saw a huge pile of brush covering his sidewalk.

The mess was created when a landscaping company mistakenly cut down the wrong man’s trees. Killeen resident Eric Buker lost nearly 20 tall trees that once stood in his backyard. His neighbor Howard Lee was the one who actually hired the landscaping company, finding it listed online.

The company is called Total Services and is based out of Gatesville. The company’s services include electrical work, bathroom and kitchen remodeling, pest control, and landscaping, according to angieslist.com.

Lee wanted the landscapers to trim the parts of the trees on his property. Instead the company went through Buker’s backyard, cut down all of his trees and left a huge pile of brush in their wake.

“I’ve lost my trees, I have no shade and there’s nothing I can do about it,” Buker told KWTX News.

Lee was shocked when he saw the brush left in his neighbor’s yard and told KWTX News that he didn’t know the company was going to cut down the trees.

The city has told Buker that he must move the brush pile by Friday, July 31, or he will be fined.

“There’s absolutely nothing I can do, I can’t even cut the brush,” Buker said.

While Lee believes that it was merely a miscommunication between the company and him, he has offered to pay any fine that the city gives Buker.

As for Buker, he simply wants people to make sure that they’re reading the fine print when working with certain companies.

“Just because a neighbor says it’s okay to go into someone else’s property, it’s not unless you’ve spoken with that person,” Buker said. 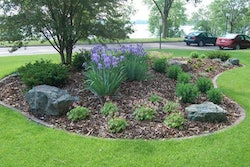 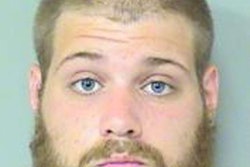 Duck-killing landscape worker will serve a year in jail 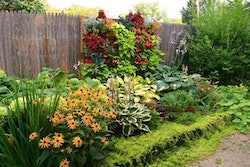