A 71-year-old man from Akron, Ohio, has been convicted of stabbing a landscaper and sentenced to two years in prison.

John Fenwick stabbed the 19-year-old on Aug. 15, 2014, because of grass clippings that got on his truck. Fenwick had complained about the clippings before.

The landscaper was mowing at a duplex where Fenwick rented a unit. When Fenwick noticed the clippings on his truck, he shoved the landscaper from behind. The teenager shoved Fenwick in response and continued mowing a little longer before deciding to leave due to the altercation.

As the 19-year-old got in his truck to leave, Fenwick stabbed him in left shoulder with a small knife. The landscaper tackled Fenwick and punched him a few times before leaving and calling the authorities.

Fenwick previously spent eight years in prison for a rape in 1989.

A landscaper in Chardon, Ohio, was saved when four men helped lift the mower that had overturned and trapped him – partially submerged – in a pond.

The man, Bob Painter, had been mowing at Vintage & Auto Rebuilds, where he was doing a landscaping job.

The roll bar of his mower caught on a low-hanging tree branch, causing the machine to tip backward and lose traction, slipping into a pond nearby with Painter still on it.

Trapped underneath the still-running mower, Painter managed to keep his head above water.

Steve Littin, owner of Vintage & Auto Rebuilds, heard a splash and saw the upturned mower. He told police he rushed outside, called for help and tried to free Painter.

Three employees joined in to help free the landscaper and Painter was sitting beside the pond by the time emergency responders arrived.

The mayor of Chardon commended the men for coming to Painter’s aid.

The owner of NuTurf Management in Harrisburg, North Carolina, has been accused of taking several customers’ money without completing the work he was hired to do.

One homeowner contacted WBTV of Charlotte, North Carolina, through the station’s  On Your Side Investigates segment, to get to the bottom of the matter. Terri Cummings told the station she put down a $2,000 a deposit for a patio that was never finished. She had decided to hire Chad Rice, owner of NuTurf, after being impressed with the job he did for her neighbor.

Rice met with Cummings and her husband and they agreed on when work should begin. After his crew came one day for prep work on the patio, they never returned. However, Rice did not refund Cummings’ money, claiming he’d already purchased materials for her job that could not be returned.

Cummings has filed a complaint with the Concord Police Department, while another homeowner, Kristen Hall, has taken Rice to small claims court over a $1,500 landscaping job that was done incorrectly and left incomplete. The judge in that case ruled Hall did not have an enforceable contract that outlined what exactly was expected of Rice.

WBTV’s reporters also discovered that Rice was quoting prices for irrigation installations, in violation of state law, and that the landscaper had been convicted of a felony for obtaining property by false pretenses in 2006. 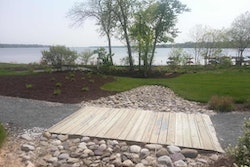 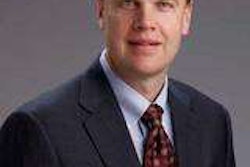 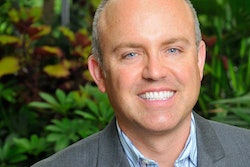 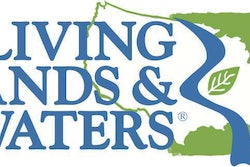