An entry way that marries a new hardscape with a century-old brick building at Converse College and a green initiative at Chicago’s Lincoln Park Zoo won awards in the Eighth Annual Hardscape North America trade show Oct. 21-23 in Louisville, Kentucky.

The West Entrance project at Chicago’s Lincoln Park Zoo, which was installed by LPS Pavement Co. of Oswego, Illinois, won in the Clay Brick-Permeable/Residential or Commercial category.

The Converse College project converted an uninspired campus entry into a beautiful new entryway with walks, seat walls and a plaza. The project, which complemented a century-old, red-brick administration building nearby, also won Best in Class for Paving/Landscape Architecture in the Brick Industry Association’s Bricks in Architecture competition earlier this year.

Similarly, the Lincoln Park Zoo project, which involved a major facelift as part of a $15.5 million update of the 1860s era zoo, won a Silver Award in the Bricks in Architecture competition. Lincoln Park’s designer specified StormPave permeable pavers.

Hardscape North America brings together installers, owners, foremen, supervisors and key laborers. The focus is on education, products and technology to help those who build segmental pavements and retaining walls improve their skills and their businesses. 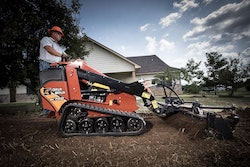 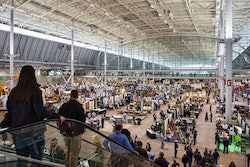 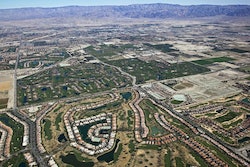 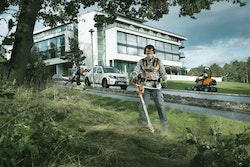