Landscaper finds grenade at site of former military base

Landscapers made a startling discovery while working in Stanford Research Park in Palo Alto, California, when one of the workers dug up an aged grenade.

The grenade was discovered when a worker was digging a 4-foot-deep trench at 3145 Porter Drive, police told San Jose Mercury News.

According to Palo Alto Police Sgt. James Reifschneider, the landscaper picked up the device not knowing what it was and then tossed it away when he realized it was possibly a hand grenade.

The authorities were called around 1:30 p.m. and one of the buildings on Porter Drive was evacuated while the police told workers across the street to remain inside. The block was also closed off for several hours while the Santa Clara County Sherriff’s Office Bomb Squad took care of the grenade.

San Jose Mercury News reported that the device was determined to be a fragmentation grenade and it was detonated about 5:30 p.m. According to the police, the shrapnel confirmed that the grenade was inert and had no explosive material.

The site where landscapers were working on the trench used to be home to Camp Fremont, where 28,000 soldiers were trained for World War I. According to the author of “World War I Army Training by San Francisco Bay: The Story of Camp Freemont,” Barbara Wilcox, it was common for soldiers to dig trenches and practice throwing both live and inert grenades.

“Because there were 28,000 soldiers here, you do occasionally find these kinds of munitions,” she told the San Jose newspaper. “We’re still living with the consequences of having this camp being here.” 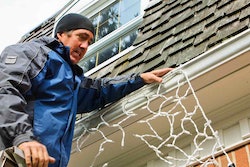 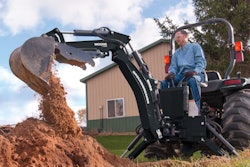 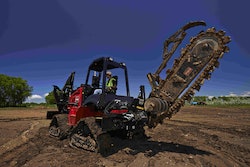