Terex referred to “the company’s new platform strategy,” which emphasizes lower costs to customers, in outlining specifics of the compact excavators. As part of that strategy, Terex says, a variety of different models and equipment lines for various applications and target markets are built on uniform base modules.

Terex says technical innovations in the company’s designs are applied throughout the model series, while newly designed exteriors complement improved workstations and controls.

Terex says tests it conducted show the new models offer up to 20 percent more work performance on average – that is, faster trench-digging times – compared with similar models from competitors.

The new compact excavators also are equipped with LUDV hydraulics (load-independent flow distribution), a technology Terex notes is available in very few models in this size class. The LUDV enables power to be transferred to the attachment the operator is using as needed.

For precise control of attachment tools, the second auxiliary circuit is operated with electrically proportional control, a standard feature offered on the Terex TC22-2 and larger models. (It’s optional in the TC16-2.)

Terex says the TC35-2 and TC35R-2 models are equipped with an extra-large diesel fuel tank, while the TC35R-2 model also incorporates a short-tail design, allowing for excavation adjacent to walls and other obstacles.

The TC16-2 and TC22-2 models offer a cabin with second door on the right, Terex says. The console can be raised for more space to get in the cab.

“In general,” the manufacturer says of the new models, “the workstation can be conveniently adjusted to the operators’ preferences.” Terex even notes that bigger floor pedals accommodate larger size shoes.

The excavators offer good visibility of the attachment tool as well as the working environment, the company says, adding that the track below, on the right, is particularly easy to see.

For more details about each of the new Terex excavators, visit the company’s website here. 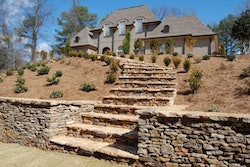 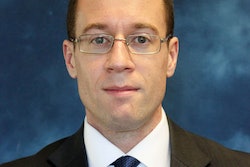 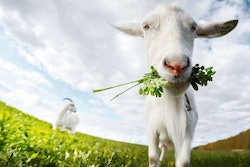 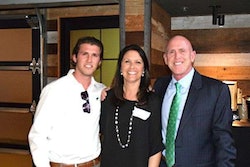