Vast majority of bugs in landscape are harmless, if not beneficial

Keeping a landscape pest-free is a challenge and sometimes a customer may seem to be handicapping you by requesting that you not use insecticides. However, there is another way to help keep the pest population down.

When you think of beneficial bugs, pollinators probably come to mind first, as they are helping fertilize plants, but other bugs can be your allies as well, serving as natural predators to the common nuisance bugs that plague particular plants.

According to the University of Maine Cooperative Extension, of all insect species, over 97 percent that are found in landscapes are actually beneficial or have no effect on the yard.

There are two types of beneficial bugs that can eliminate, or at least reduce, the number of troublesome insects. Predatory insects are ones that hunt and kill their prey while parasitoids live on or within their host until it dies.

Here are a few common and effective predatory and parasitoid insects and what they typically feed on.

Green lacewings – While a few of the species include adults that are predaceous, it is actually lacewing larvae that devour the most pests. After a lacewing has laid its eggs on foliage, the “aphid lions” emerge and begin to feed. Lacewing larvae have pincers that inject venom into their victims to paralyze them. Along with aphids, the larvae also eat mealy bugs, cottony cushion scale, spider mites, thrips, caterpillars, and any other soft-bodied insect it can catch.

How to attract: Most adult lacewings survive on pollen, nectar, and honeydew. Plants like dill, cosmos, Queen Anne’s lace, and prairie sunflowers are known to appeal to lacewings.

Lady beetles – Typically called ladybugs even though they are actually beetles, both the adults and larvae feed on aphids. There are many varieties and some look quite different from the typical red and black spotted ones, which are invasive. If the aphid population is too low, the beetles will fly away to other areas as they need enough food to reproduce.

How to attract: Lady beetles are drawn to chives, cilantro, fennel, marigold, yarrow, and angelica to name a few.

How to attract: Dragonflies need a water source, such as a small pond, to lay their eggs and they also tend to hunt over water. Buttonbush and seedbox, when grown near water, give dragonfly nymphs a place to crawl when they emerge.

Parasitic wasp ­– There are about 16,000 different species of parasitic wasps in North America. They do not sting but instead use their stingers to lay their eggs inside other insects such as aphids, whiteflies, scales, and caterpillars.

Big-eyed bug – These oval, somewhat flattened-looking bugs enjoy feasting on chinch bugs along with caterpillars and other soft-bodied insects. They are typically predatory but can survive on nectar and honeydew when nothing else is around.

How to attract: Alfalfa, fennel, spearmint, and caraway all appeal to big-eyed bugs.

Tachinid fly – Tachinid flies look similar to house flies but are a little larger.  Specific species prefer one species of host insect, such as armyworms, stink bugs, and beetles. One is known for targeting the mole cricket and is attracted by their songs. The larvae feed on these pests until they die.

How to attract: Buckwheat, parsley, tansy, and lemon balm are known to draw tachinid flies.

Assassin bug ­– Probably the most aptly named bug, there are more than 100 species of assassin bugs in North America. They are not picky about who they devour with their dagger-like mouthpart and will eat Mexican bean beetles, leafhoppers, cucumber beetles, aphids, and caterpillars of all kinds. Like some other beneficial bugs, they will at times eat some of the good guys too.

How to attract: Assassin bugs prefer bushy cover during the summer and stick to wildflowers like goldenrod in the fall.

It’s unlikely you’ll be able to attract any of these bugs unless pesticides are used sparingly or not at all. And again, keep in mind that some good bugs also feed on other beneficial insects, so warn your clients of the risks if they are wanting to go the all-natural path.

If pest problems are not being contained at a satisfactory level, choose to use the least toxic material to control the infestation. Insecticidal soaps and horticultural oils are known to be effective on mealy bugs, aphids, thrips, and whiteflies. 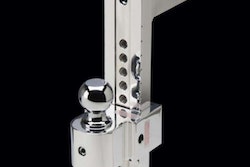 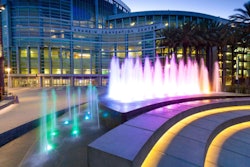 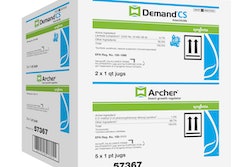 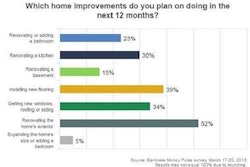