In 1997, having graduated from Birmingham Southern College, Burris decided to stay in the Birmingham area and have a go at starting a fruits-and-vegetables market. Today, the enterprise people know as Andy’s includes two large garden centers in Birmingham’s suburbs, a landscaping company, and two farmers markets that operate during the growing season.

Andy’s revenue totals about $5 million a year, its founder and owner says.

Thinking back to the beginning, Burris laughs. “A guy comes by the market one day and offers to sell me some pansies. I said, ‘What’s a pansy?’”

The pansies sold, however, and it wasn’t long before Burris started offering plants, using part of the market’s parking lot to display them. Later, he put a greenhouse behind the market.

In 2001, he had the opportunity to purchase his current location in Vestavia Hills, one of the metro area’s most prosperous suburbs and next-door to an even wealthier neighborhood. An additional garden center and market location is also prime territory for retail customers, as is the company’s separate location of a stand-alone farmers market.

Andy’s Landscape Service was established a few months after the move to Vestavia Hills. Starting solely with residential installations, the landscaping company began doing maintenance in 2008.

“The garden centers feed the residential side of landscaping,” Burris said.

The spring rush experienced by both those businesses taught him early on that he had to be careful in weighing each job’s costs and profitability.

“It got to be so much in the spring, you’d have a problem keeping up with existing customers and the new ones,” said Burris.

Becoming more systematic about which jobs to take on has paid dividends, he said.

“Sean (Stewart), the lead landscape designer, will ask questions to determine the nature of what the customer wants,” Burris said.

While the maintenance side of the business is important – and treated as such – Andy’s Landscape Service continues to concentrate on design and installation projects. The company also specializes in hardscapes, water gardens, landscape lighting and irrigation work and chemical applications. It boasts of state-certified staff in all those areas.

Burris’ large garden centers still represent the single largest share of Andy’s overall revenue, but landscaping is a major – and growing – contributor as well. The owner divides his time among each of the operations.

His day frequently begins about 4 a.m., as Burris still enjoys early morning visits to the wholesale growers and farmers markets around Birmingham, choosing the fruit and other produce he’ll sell at his own.

When business began to take off and “I realized I was stretched,” he said, Burris consulted an Atlanta area company, Garden Center Group LLC, which specializes in marketing and other business advice. On the landscaping side, he reached out to Charles Vander Kooi, who died after a long and successful career as a consultant to landscape contractors. (In fact, it was the evening following a full day’s consulting engagement that Vander Kooi died of a heart attack.)

Burris said Vander Kooi visited his business once a year for a long time, recalling that “we made real strides during his very first visit.”

To be sure, Burris says, the landscaping business has its own set of challenges, but he believes the most important part of Andy’s entire business is being “a good manager of employees.”

Andy’s employs about 40 people full time and that number rises to 65 in the spring and lasting through the growing season. And Burris isn’t just talking about himself in pointing to the critical importance of managing people; he says each of his operations has several first-rate managers, including landscape designers and horticulturists.

The company does no growing, sourcing all of its plants and produce either from Birmingham or coastal areas of Alabama – the latter not far from his parents’ business in Baldwin County.

While landscape plants are shipped to one of the garden centers, Burris says designers are not bound by the retail operation’s stock choices.

Working with customers in choosing plants to use in a given project, he said, Andy’s Landscape Service designers simply convey that list to colleagues who oversee orders for the garden centers.

“It’s then set aside and tagged for the specific job,” he said. “The designers are always free to get what they want – whatever the project calls for.”

Complementing good managers, Burris said, are business practices he learned at Birmingham Southern and has tried to hone through his work with consultants.

“I thought about horticulture,” he said, “but I eventually decided it was probably a good thing I ended up studying business and economics.”

One of the pieces of advice he received from Vander Kooi, he said, led to a move that paid off immediately: “Charles had me bring in a fuel tank for all of our vehicles,” Burris said. Ever since, each day has begun with vehicles and equipment fueled up and loaded for that day’s work.

Although all of the landscape work is existing residential rather than new construction, that regularly includes major hardscape projects, patios with outdoor kitchens, water and fire features and the attendant landscape lighting, in addition to irrigation systems and fertilizer and herbicide applications.

Asked about new trends or potential growth areas, Burris said 2016 will be Andy’s third year of offering 10-foot trees with all holiday lighting in place. It’s an expert service that is handled beautifully by his employees, he said, “and that $100 tree becomes an $800 tree.”

Burris said the company sold about 100 of the trees during the 2015 Christmas season. 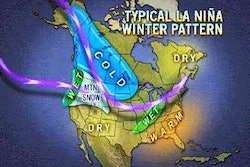 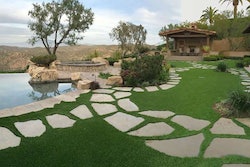 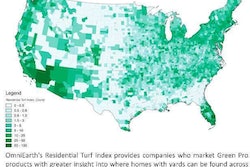 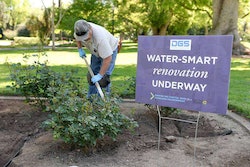