No longer a startup, IrriGreen builds traction through distribution

Gary Klinefelter, founder and president of IrriGreen, came late to the irrigation business. Having spent many years as an engineer for a large inkjet printer maker, it was only when he saw the amount of sprinkler water that was wasted in his own yard that he devoted himself to the idea that led to IrriGreen’s creation in 2011.

The idea became the “Genius” irrigation system in 2014, when Klinefelter installed a few of the systems around his home in Eden Prairie, Minnesota, just southwest of Minneapolis.

The electronic sprinkler head was doing the job Klinefelter designed it to do, and just as precisely as he had hoped, but it was clear the control system – at the time running only off a server – was in need of further development.

“At that time,” Klinefelter said in an interview Wednesday, “we didn’t have the app; it was only server-based before we created our Wi-Fi-based controller and the app for it in 2015. We put some systems in late in 2015 and re-launched in 2016.”

Today, IrriGreen is focused on building out its distribution network as it continues to push demand through advertising and outreach to landscape contractors, especially those who have considered offering irrigation services but have yet to do so. The message repeated over and over in those campaigns is twofold: labor savings due to shorter installation time and up to 85-percent less underground pipe for an IrriGreen system.

Klinefelter believes landscapers who begin offering IrriGreen systems will be rewarded by residential and commercial clients alike, as those customers see water savings of about 40 percent.

“As a young company, we want to find some early adopters who want to separate from the herd,” Klinefelter said, and that includes the difficult job of persuading longtime irrigation providers to switch from their legacy systems. To help that happen, he is working to expand distribution, especially “in those areas that tend to have high water costs and those that still love their lawns.”

With distribution in place around its headquarters in Minneapolis and in Colorado, IrriGreen announced a major agreement in May with North White Plains, New York-based Atlantic Irrigation Specialties. And this week, the company announced that Northeast Turf & Irrigation, a large distributor of landscape and horticultural supplies based in Peabody, Massachusetts, will now carry IrriGreen’s system.

Refining the technology behind the sprinkler’s precision was a threshold that had to be crossed first, and it accounts for much of the labor savings in laying out and installing an IrriGreen system, but Klinefelter says perfecting the control system was a critical part of the process.

“We’re talking six or seven (sprinkler) heads vs. 30 to 40 with some other types,” he said. Just as important, Klinefelter says, setting up the system with a smart phone app is fast, easy and, yes, precise.

He’s hoping you’ll have a look. “Our target is really the landscape contractor,” the IrriGreen founder says, “especially those who have been leaving irrigation to someone else.” 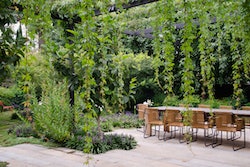 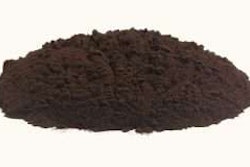 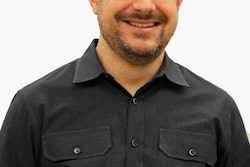 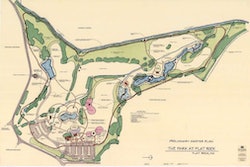