Healthy soil is the holy grail of planting. With so many different regions and soil types across the country, it can be hard to find that sweet spot in which a majority of plants can thrive.

Soil types can be determined from the amount of the three mineral particles present. Sand, silt and clay vary in size, with sand having the largest particles and clay having the smallest. The larger particles of sand allow for more air spaces but also mean that sand cannot retain moisture. Conversely, clay has fewer air pockets as its smaller particles bind tightly together, allowing it to retain water.

Silt is midway between sand and clay with less air space than sand but more than clay. It can retain water longer than sand, causing it to drain poorly, and it can compact easily. Loam is the ideal soil as it is equal amounts of sand, silt and clay particles.

Since most plants want moist, well-drained soil and loamy soil isn’t abundant in all locations, here are some of the common soil conditions and their cures.

Soils that are too wet can lead to root diseases and other issues for plants when their root systems are perpetually soaked. Fine-textured soils such as silt and clay often retain too much water.

Adding gravel or compost to clay soil adds space between the particles, allowing it to drain better.

Whenever you’re adding organic matter, it’s important to place it as deep as possible so it can improve more than just the top layer.

Experts advise against adding sand to clay soils, as it only makes matters worse. If the drainage situation seems severe, another option is to use raised beds that drain well and have the ideal soil.

When the soil’s pH level is 5.5 or below, it has become acidic to the point that it is preventing the plant from absorbing the nutrients it needs, such as phosphorus and potassium. Some plants like blueberries, rhododendrons and azaleas prefer this type of soil.

The addition of lime is the easiest way to correct this problem. It can be watered in with rainfall or irrigation in established areas. The application rate will vary based on the type of soil and the current pH, but be careful not to overdo lime because it can be harder to lower a pH than raise it. Lime can be applied at any time as long as the ground is not frozen and the plants are not stressed.

When a soil tips over to the other end of the pH scale, it has become alkaline, and this too can prevent the plants from getting the micronutrients they need. Iron deficiencies are common in alkaline soils, causing a plant’s leaves to turn yellow while the veins remain green.

Alkaline soils occur in arid to semi-arid climates that can be amended with organic matter such as peat or sphagnum peat moss, as they are more acidic. Elemental sulfur can slowly amend the soil, and must be applied annually to see any progress. Lilacs, hellebores, and Green Velvet boxwoods are some of the many plants that can tolerate alkaline soils.

Compacted soils are detrimental to plant growth as compaction makes it harder for the plants to develop proper root systems; plus, water can collect on top of compacted soil instead of soaking in.

Compaction can be caused by a number of factors, including over-tilling the soil, heavy traffic over a certain area and working when the soil is too wet.

Compaction occurs more often with clay or loam soils, but even sandy soils can become compacted over time. Introducing mulch or compost in the top 6 to 8 inches of the soil can help add structure. Deep tilling of subsurface compacted soils can be used in the case of heavily compacted areas after construction and before an irrigation system is installed.

In arid to semi-arid locations and those near salt water, high salinity in the soil can be a problem. When too much soluble salt is present, plants struggle to extract water from the soil. Plants stressed by excess sodium will appear similar to those in a drought.

The best way to go about correcting high salinity is to improve the drainage. Water must move through the soil to leach salts away from the plant root zone. It’s also important not to use irrigation water that has run through a water softener, as this will add salts to the soil.

To amend or not to amend

A word of caution about soil amendments: their effects are not permanent and some require annual applications before the effects can take hold. If this seems too involved or expensive, the other option is to use plants that are already adapted to the soil problems outlined above. 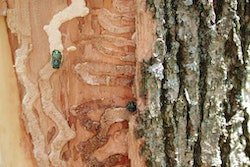 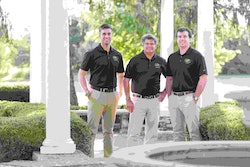 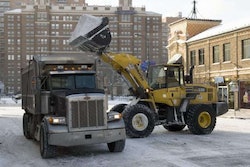 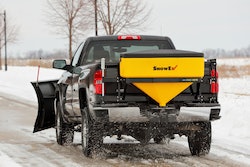