The town of Beech Mountain, North Carolina, is fighting for its namesake trees, many of which have fallen prey to the fatal beech bark disease.

“This is a major concern,” Kate Gavenus, Beech Mountain’s director of tourism and economic development, told The Avery Journal-Times. “The tree is what the town is named after.”

Aside from worries that the death of the beech trees might harm tourism, the infected trees also pose a safety hazard. Their brittle limbs can easily break off during a storm and become dangerous projectiles.

Beech Mountain has provided local arborist Lear Powell up to $500 to spray around 40 trees in Sunset Park, which is near the top of the mountain. Moody and Powell have also sprayed in three other locations with one or two pesticides. According to Moody, the pesticides cost about $75 per 100 gallons.

Since there is currently no effective treatment for the disease, Powell and Moody have concentrated on containing the disease at its current scale by targeting the beech scale insect, Cryptococcus fagisuga Lindinger.

The beech scale is responsible for creating wounds on the beech trees that then make it susceptible to the two fungi Nectria galligena and Nectria coccinea var. faginata. Only 3 percent of beech trees show a resistance to the disease, according to Moody.

Signs of a beech scale infestation include a wooly, white waxy covering that the insects leave on the tree. Wound sites ooze a reddish-brown fluid. Once the disease takes hold, cankers and cracked bark appear along with sparse, yellow foliage.

The small plots that the two have sprayed are currently serving as a test.

“It’s all an experiment,” Moody said. “We don’t want people to think by spraying we’re going to stop it. People up north tell me it isn’t happening here the way it did there. It’s spreading a lot faster here.”

In order for the beech trees to have any chance of survival, the whole tree must be sprayed. Moody believes that since the trees hold little or no commercial value, there has been insufficient research on developing a pesticide to stop the disease.

“I don’t know if there would be much of an economic impact,” Evans said. “But you look around here and what you see are beech trees. We want to do everything we can to keep them.”

Despite the discouraging odds, Powell is hopeful to save at least half of the area’s beech tree population through the spraying. 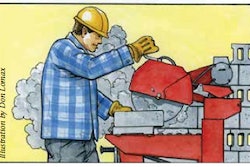 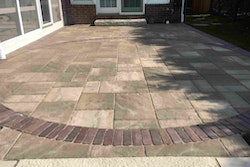 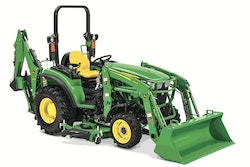 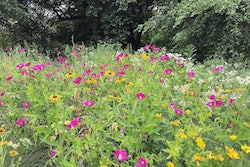