For years researchers have been producing studies that cite the health benefits of being exposed to green spaces, but now, for the first time, scientists are trying to demonstrate the healing effects of nature mathematically.

As part of the Green Road Project, an initiative of the Institute for Integrative Health, researchers will be studying the effects a natural setting has on those with traumatic brain injuries, as well as on individuals with post-traumatic stress disorder and other psychological conditions.

The Green Road is a half-mile path and 1.7-acre woodland garden located at the Walter Reed National Military Medical Center in Bethesda, Maryland.

It opened in September and is designed to provide service members and their families who live on the base with a calming green space.

“We have reason to believe, and have evidence to support, that if you bring a sick or injured person into a natural environment, it lowers stress and speeds up healing, and this is especially true of the invisible wounds of war brain injury or PTSD,” Fred Foote, a retired Navy neurologist who is working with the Institute for Integrative Health, told Landscape Architecture Magazine.

What is different about this study, compared with many previous ones, is that the data collected will be focused on isolated biomarkers such as cortisol levels in the blood, instead of self-reported subjective assessments.

“Health benefits are generally not determined through hard biological measures,” said Esther Sternberg, director of research at the Arizona Center for Integrative Medicine at the University of Arizona College of Medicine and a co-investigator on the Green Road Project. “Most is done by surveys. Questionnaires are useful but less accurate and reliable than biological measures; they rely on individuals and memories. Our goal is to measure those also, but to use quantitative measures of health outcomes.”

Part of the reason earlier studies have not been able to conduct data collection with biomarkers is because of the cost of the technology needed to track different health indicators.

“If you want to make a new drug, it’s easy to get money for research,” Foote said. “If you want to measure the effects of nature, the money that flows into these types of research is much less.”

The Green Road project is partially funded from the private sector and from the TKF Foundation, a nonprofit that funds urban green spaces.

Despite the fact an estimated 8 percent of current and former service members deployed to Iraq and Afghanistan are affected with PTSD, the Department of Defense and the Department of Veteran Affairs still lack ways to effectively treat the condition.

The Green Road Project hopes to provide information on how exposure to nature can improve the conditions of those affected by PTSD or traumatic brain injuries.

While scientifically measuring the healing ability of nature is going to take time and funding, Foote seems to believe there is an innate knowledge that green places are good for you.

“When we get veterans into a natural environment, they turn happy,” Foote said. “We bring different volunteer groups out into the woodland garden, clearing brush, taking vines off trees, and the veterans immediately perk up and start to sparkle. They’re having a happy day, and the suffering of PTSD gets put aside.” 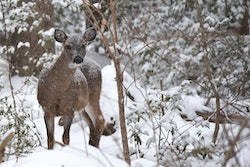 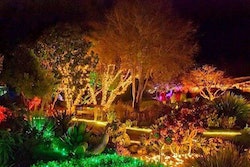 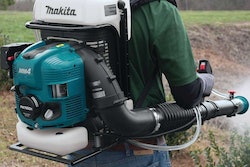