The Obama administration won’t go quietly when it comes to its new overtime rule, filing notice Thursday that it will appeal the preliminary injunction that halted today’s planned implementation of the new regulation. The nationwide injunction was issued Nov. 22 by a federal judge in Texas.

The Department of Labor (DOL) is appealing the temporary injunction to the U.S. Fifth Circuit Court of Appeals in New Orleans. A notice of appeal contains only the formal notice itself; thus, DOL’s filing on Thursday contained no substantive arguments on why the injunction should be lifted and the rule allowed to take effect.

A spokeswoman for the Justice Department said Thursday the civil lawyers handling the case declined to be interviewed. A DOL spokesman, meanwhile, said agency officials would not discuss the pending litigation.

The new overtime rule doubles the salary threshold necessary to be exempt from overtime requirements. The threshold is $23,660 a year, meaning people earning less than that amount must be paid 1.5 times their hourly rate for all hours beyond 40 in a single workweek. Were it not for last week’s preliminary injunction, the annual pay threshold would have risen today to $47,476 a year.

Stated in terms of weekly pay, the minimum required for exemption from overtime requirements would have risen today from $455 to $913.

After last week’s injunction was issued by the Texas court, DOL issued the following statement: “We strongly disagree with the decision by the court, which has the effect of delaying a fair day’s pay for a long day’s work for millions of hardworking Americans. The department’s overtime rule is the result of a comprehensive, inclusive rulemaking process, and we remain confident in the legality of all aspects of the rule.”

The overtime pay threshold has been updated only once in the past 40 years, and even opponents of the rule change have acknowledged that some adjustment is needed. In 1975, overtime regulations applied to 62 percent of full-time workers in the United States; today, they apply to just 7 percent.

DOL had sharp words indeed in the wake of a Nov. 14 Congressional Budget Office report titled “The Economic Effects of Canceling Scheduled Changes to Overtime Regulations,” noting among its “takeaways” from the CBO report:

“At a time when income inequality is already of great concern, CBO finds that reversing the rule would primarily benefit people with high incomes. If the rule were reversed, affected workers, most of whom have moderate incomes, would experience a loss in earnings. These losses would be accompanied by an increase in firms’ profits, of which the vast majority (CBO estimates 85 percent) would accrue to people in the top income quintile.”

Business groups fighting the new overtime regulation, including the National Association of Landscape Professionals, have urged Congress to quash the rule or pass legislation mandating a phasing in of higher overtime thresholds.

Much could be riding on how quickly the Fifth U.S. Circuit Court of Appeals acts on DOL’s appeal of the temporary injunction. President-elect Donald Trump, who has called the overtime rule an example of the Obama administration’s regulatory overreach, will be inaugurated on Jan. 20. If the court of appeals hasn’t lifted the injunction before Trump takes office, it seems doubtful the new rule will ever take effect.

America in Bloom now on its own with new management company 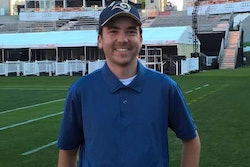 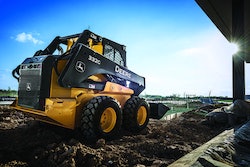 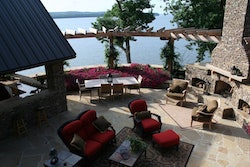