How to spot embezzlement and how to prevent it from occurring

In 2016, an office manager embezzled $1.3 million from a landscaping company, but if you were in a similar situation, would you have noticed in time?

“Discovered embezzlements suggest that on any given day one in four businesses are being embezzled,” says Arnold S. Grundvig, Jr., who devoted the first chapter of his book, The 90-Minute MBA, on the subject. “A very small number of them make the news.”

According to the 2013 Marquet Report on Embezzlement, for all industries the average amount of money lost was about $1.1 million, while the average scheme lasts nearly five years.

While 57 percent of the perpetrators were women, male embezzlers on average stole two and a half times more than females. Most embezzlers’ motivation was found to be a desire for a luxurious lifestyle, rather than dire financial needs.

Only 7 percent of embezzlers have a prior criminal or fraud history. There is no exact profile of who would steal from your company.

“They could be almost anyone,” says Allan Bachman, education manager with the Association of Certified Fraud Examiners (ACFE). “They don’t look or act like criminals.”

Most of the companies that do find themselves victims of fraud place too much trust in an employee.

“These businesses have small staffs doing multiple jobs,” Bachman says. “And many small business owners don’t have a full understanding of their accounting process. They trust others to do it, and that trust can be misplaced.”

There are multiple ways an employee can be pilfering money, but here are some the most common schemes:

You’ve done business with XYZ Concrete for years, so you don’t notice when you start signing checks to XYZ Concrete Supply – or that the check is going straight into an embezzler’s account.

After you sign it, the embezzler alters the amount or the name on the check. So instead of paying $1,000, you’re paying $11,000, and the embezzler has pocketed the difference.

Client A may pay on time, but some or most of their payment is diverted. When Client B sends in a check a little later, their payment goes into Client A’s account, and so on down the line.

Embezzlers place an order for three computers, and the company receives one, while the other two are sold on eBay.

Bob Smith may have left your company last year, but payroll is still cutting him a check, and the embezzler – and perhaps an accomplice superintendent – gets extra pay.

“Many times a person will purchase items for a business and then return them for credit or cash,” says James Leichter, owner of RA Tax and Accounting and a construction fraud consultant to insurance companies. “They have the original receipt and they can just dispose of the return receipt. If you’re out in the field and not really concerned about your office, how would you know?”

So how do you prevent your business from being susceptible? One good rule of thumb is to not have one person in charge of all financial tasks.

Receiving your company bank statements at home and comparing costs quarter to quarter will keep you aware of any inconsistencies.

If you do find yourself the victim of embezzlement, follow through and do something about it, even if you are embarrassed about being deceived. Otherwise, they will walk away to do it to another company.

“Make sure everyone knows you’ll make a giant stink,” Bachman says. “You’ll go to the police, you’ll sue them civilly, and you’re going to do everything you can do to get your money back.”

Check out this infographic on signs that you may be being embezzled. 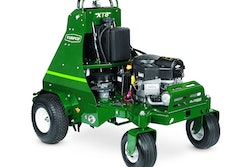 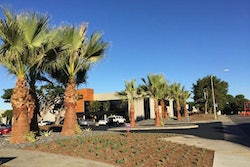 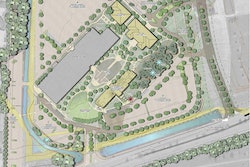 Landscaping software might be a good option for a holiday treat 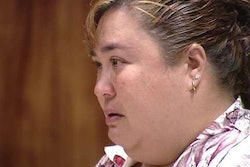