The Jerry Ragland Award – named for a leading landscape contractor and past president of the North Carolina Landscape Association – recognizes an outstanding young person in the landscape business who has worked in the industry between three and 10 years.

Recipients of the award are members of NCNLA and are nominated by the organization’s membership. They are recognized for significant contributions to the industry and their communities.

Kurt Bland of Bland Landscaping in Apex received the Jerry Ragland Award for 2016. Beginning his landscaping career at the age of 14 in the family business, Bland went on to earn degrees in agriculture business management and horticulture science from North Carolina State University. He holds credentials including Landscape Industry Certified Technician, Landscape Industry Certified Manager and NC Licensed Irrigation Contractor.

Established in 1994 and named for the longtime executive director of the North Carolina Association of Nurserymen, the Bill Wilder Award recognizes qualified young men and women for outstanding service in the field of environmental horticulture and offers inspiration for others starting out in the field.

NCNLA says candidates for the award have a record of strong industry leadership.

The winner of the 2016 Bill Wilder Award is Hunter Casey of Casey Nursery in Goldsboro.

Currently the assistant production manager for the nursery, Casey represents the fourth generation to work in the family business. He is involved in a number of industry organizations and associations, including NCNLA, Johnston County Nurserymen Association and the NC Farm Bureau.

Established in 1999 and named for longtime organizer for the North Carolina Association of Nurserymen, the Libby Wilder Award recognizes outstanding contributions to the nursery industry by a female.

“As the go-to resource for approximately 30 counties in Western NC,” the association says in a news release on the awards, “Taylor uses her superior integrated pest management skills and training to teach field and container growers best practices in pesticide application. Furthermore, she helps growers save money and create a safe working environment for their employees.”

Established in 2004, the Kim Powell Award recognizes an individual’s outstanding contributions to NCNLA and the industry and specifically their involvement in program development and execution.

Justin Snyder of Alamance Community College is the 2016 recipient of the Kim Powell Award.

As a teacher and adviser to students and future professionals at ACC, Snyder manages and maintains the horticulture classrooms, greenhouses and various outdoor laboratory spaces on campus.

Established in 1978 by Oakland Plantation, the Oakland Award is given to individuals for outstanding service to the landscape industry.

This year’s winner, Paige Moody of Arbor Enterprises in Pittsboro, was recognized for her enthusiasm for entrepreneurship as well as for devoting more than 35 years of service to the green industry as a landscape business owner and operator.

As a previous member of the NCNLA board, Moody has shown leadership and commitment as a North Carolina landscape and irrigation contractor, Certified Plant Professional and certified professional in stormwater management.

Grower of the Year

Established in 1994, NCNLA’s Grower of the Year award is presented to an individual who exhibits a high level of professionalism in the management or ownership of a field or container nursery in North Carolina. In addition, operators exhibit leadership in the nursery industry through participation in local, regional, state and national organizations.

The winner this year, C&G Nursery in Newland, is owned by Doug and Jane Clark.

NCNLA’s release says C&G owes its success to the Clarks’ dedication, hard work and perseverance through the years.

The Clarks now have more than 40 years of experience in the industry and NCNLA says C&G Nursery is known for the size and variety of its inventory, offering over 100 different varieties of trees and shrubs as well as still growing the Fraser fir trees and other native ornamental plants that started the business.

Established in 1972 and named for the founder of Apex Nurseries, the D.S. Copeland Award recognizes outstanding contributions to the nursery industry by a candidate working directly in the industry; that is, educators and allied industry members are not eligible.

David Goodson of Goodson & Associates in Wake Forest was honored as the recipient of the D.S. Copeland Lifetime Achievement Award for 2016.

Goodson was recognized for his 20 years of service and dedication to the green industry, selling for growers across the country.

He has served the industry as an active member of multiple industry associations, including NCNLA, VNLA, MNLA and GIC.

NCNLA says Goodson “embodies great leadership skills, mentors many of the up and coming professionals in our industry and is always willing to share his vast knowledge both professionally and personally.”

NCNLA Honorary Members are selected by the NCNLA Board of Directors in recognition for lifetime contributions or achievement.

Morris Newlin of New Garden Nursery & Landscape in Greensboro was recognized with an Honorary NCNLA Membership in 2016 for his dedication and service to the green industry since the beginnings of his family’s business in their own backyard in the late 1960s.

Newlin was recognized for his passion for plants and people, commitment to the core principles of responsible corporate citizenship, hiring and retaining inspired employees and, most importantly, delivering exceptional customer service. A longtime leader in the industry, he has served as an active member on various industry organizations, such as NCNLA, NCGIC and AmericanHort. 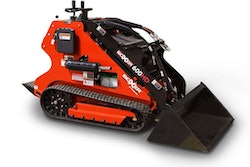 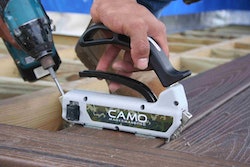