The fire was first reported at 2:30 p.m. and engulfed a building at the garden center. High winds were reported as hindering the fire department’s efforts to bring the flames under control and was still burning at 4:25 p.m., according to NJ.com.

Due to there being no hydrants in the area, firefighters set up a fill station as a series of tankers delivered water pumped from a location on Route 31 about a mile away. Jersey Central Power & Light turned power off to the building when a power line fell on it.

A total of eight fire departments responded to the fire and the cause has yet to be determined.

“Although J&J Landscaping suffered a devastating fire today, all of their family and employees are fine,” Jack George, president of J& J Landscaping posted on Facebook. “Let it be know(n) this is a temporary setback. We are open and stronger than any fire.”

The company has been in business for over 40 years when twin brothers Jack and Jeff George started it as a lawn mowing company while high school seniors. The business moved from Clinton Township to Flemington in 2014 and added its garden center as part of the move.

Jose Cuenca, owner of The Landscaping Masters in Fresno, California, discovered a sickening scene when he came to work on Wednesday morning.

The locks on both gates of his facility were broken and $65,000 worth of equipment was missing.

“It’s sad to come and your stuff is gone,” he told ABC30.com. “It feels like when somebody dies – you’re not going to see them again.”

Cuena’s surveillance video shows that two men arrived around 3 a.m. in a U-Haul van and used a pipe wrench to break the lock to get inside the gates. The masked men left and returned an hour later with a U-Haul moving vehicle this time and quickly hitched up a trailer full of lawn equipment.

The thieves proceeded to break into one of the company trucks and hot-wire it so they could drive off with another trailer of equipment. The landscaping building was left untouched and only the equipment that was in plain sight was taken.

Cuena plans to increase his security system to cover the gate and fencing that surrounds his building.

“We have to keep doing business, we have to move on,” he said. “This is a good lesson – we have to have better gates or whatever. More security alarms and all that, give it a shot see if it helps or not.”

Thieves use truck to break through fence after stealing equipment

Brewer’s Pool and Landscaping in Memphis, Tennessee, was the victim of its second theft in its 20 years of business on Sunday.

The suspects made off with a four-wheeler and a trailer worth around $24,000, according to owner Brian Brewer.

The theft was caught on tape as the company had installed security cameras along with laser sensors a year ago. Using a truck they had stolen that morning, the burglars drove through a fence when they couldn’t get through the locked gate to leave, breaking electrical wiring and a water line in the process.

The company was ransacked eight years ago and Brewer has added several security measures since but this didn’t deter these suspects.

“I guess build a 12-foot concrete wall around your whole place, that might help, I don’t know,” Brewer told Fox 13. “But I’m sure they might dig a tunnel underneath it and find a way to get in.” 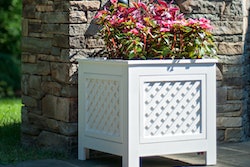 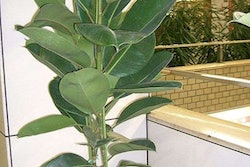 Six plants to brighten up the office space 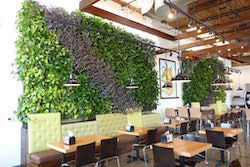 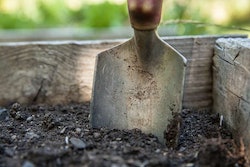 Don’t forget to check and replenish soil nutrients for spring