If you value trees, don’t create the infamous mulch volcanoes

Mulch volcanoes are all around us. Seeing them so often in landscapes may have furthered the misconception that this is a proper way to mulch. But although stacking mulch up against tree trunks somehow became a common practice, it's an improper way of performing the service and can actually harm the tree.

“These issues have been ongoing, but in recent years people have started to mound mulch up around the base of the trees – the ‘mulch volcano,’” said Martha Smith, a University of Illinois Extension horticulture educator. “New problems have emerged because of this practice. Tree bark is meant to protect the trunk. It works best in the air and light. If you pile mulch onto the bark, it is now exposed to dark and moisture. Bark will begin to rot, and rotted bark cannot protect the tree from insects and diseases. In fact, diseases grow better in this type of environment.”

Mulch is by no means a bad idea. It has many beneficial qualities, but like everything else in life, it should be used in moderation.

When applied correctly it protects the tree from a lawnmower or string trimmer damage, while keeping the soil moist and stabilizing the temperature in summer and winter. Organic mulches also eventually decompose and improve the soil structure.

One of the major purposes of mulch is to prevent weed growth, so the copious amounts piled around the trees may be some overeager company’s idea of stopping weeds for good.

Mulch volcanoes can result in a number of side effects including an almost compost pile, where the material becomes hot enough to kill the inner bark of young trees or prevent the natural hardening-off period where trees prepare for winter.

These mountainous monstrosities can also promote the growth of secondary roots in the mulch rather than the surrounding soil. The roots will circle around the tree, similar to how a container plant roots would, and eventually choke off the tree’s main roots.

In periods of heavy rainfall, the tree can drown or be even more likely to rot thanks to the sponge-like nature of mulch. At other times, heavy layers of mulch can be colonized by water-repelling fungi, which will actually turn the pile into a hydrophobic area, leaving the tree in drought conditions despite receiving water.

The proper way to mulch around a tree appears more like a doughnut. The depth of the ring should be two to four inches max. For soils that are poorly drained, like clay, only use two inches of mulch.

Once the mulch is applied, pull the mulch away from the tree trunk by five to six inches. You should be able to see the tree trunk and the flare of the tree. The diameter of the mulch should extend to the drip line of the canopy.

An important factor to keep in mind is that while mulch is aesthetically pleasing, the attractive color tends to fade but this doesn’t mean you should top off the organic matter with a couple inches of fresh material. Measure the mulch levels before deciding to add more or you can end up smothering the tree despite your best intentions.

“Those that decompose faster must be replenished more often,” Smith said. “Here lies the problem, some mulches, such as cypress mulch, remain intact for years but they turn a grey-tan color. People prefer the ‘fresh’ look of new mulch and top dress annually, not considering the existing mulch depth.”

Educate clients and fellow landscaping companies about this ill-informed practice and perhaps eventually these mulch volcanoes will go extinct. 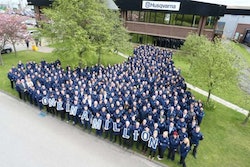 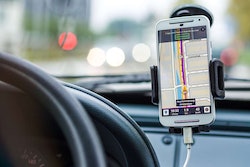 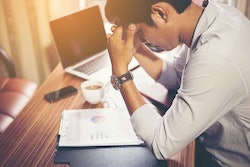 How to reduce self-induced stressors as a landscape company owner 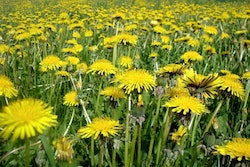 Support rolls in for groundskeepers after dandelion controversy