A bipartisan agreement on a bill to fund the federal government through Sept. 30, 2017, contains limited H-2B cap relief because of efforts from the National Association of Landscape Professionals (NALP) and others in the H-2B Workforce Coalition.

The bill is expected to be passed by the Senate and House this week, and it will be send to President Donald Trump for his signature before Friday. NALP says that this agreement essentially ends the chance of a government shut down next week.

This bill gives authority to the Secretary of Homeland Security, in consultation with the Secretary of Labor, to raise the H-2B cap when he determines there is an economic need. The bill also limits the total number of H-2B workers that can enter the United States during fiscal 2017 to 129,547, the number of new and returning H-2B workers admitted to the United States in fiscal 2007.

“Once the bill becomes law, we must work with the Administration to encourage the Secretary of Homeland Security to implement this provision,” NALP said in a press release.

The bill contains the following language:

SEC. 543. Notwithstanding the numerical limitation set forth in section 214(g)(1)(B) of the Immigration and Nationality Act (8 U.S.C. 1184(g)(1)(B)), the Secretary of Homeland Security, after consultation with the Secretary of Labor, and upon the determination that the needs of American businesses cannot be satisfied in fiscal year 2017 with United States workers who are willing, qualified, and able to perform temporary nonagricultural labor, may increase the total number of aliens who may receive a visa under section 101(a)(15)(H)(ii)(b) of such Act (8 U.S.C. 1101(a)(15)(H)(ii)(b)) in such fiscal year above such limitation by not more than the highest number of H–2B nonimmigrants who participated in the H–2B returning worker program in any fiscal year in which returning workers were exempt from such numerical limitation.

Provisions from fiscal 2016 are also continued in this bill that limit the ability of the Administration to enforce the corresponding employment and ¾ guarantee provisions of the 2015 regulations, provide for a 10-month season, allow staggered crossing for seafood workers and allow for the use of private wage surveys.

“NALP will encourage the Administration to swiftly implement this H-2B cap relief,” NALP said in the same press release. “We will also continue to encourage Congress to provide relief for fiscal year 2018 and to pass permanent H-2B cap relief. Thanks to our members for the tremendous outreach to lawmakers that made this victory possible.” 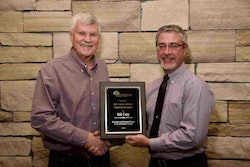 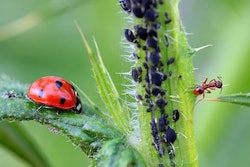 How to: The multiple methods to control aphids 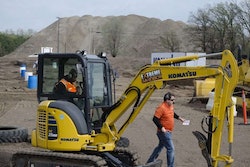 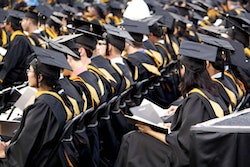 Future landscapers can now apply for the TLC Scholarship Contest