How to: Tips on avoiding ticks this summer 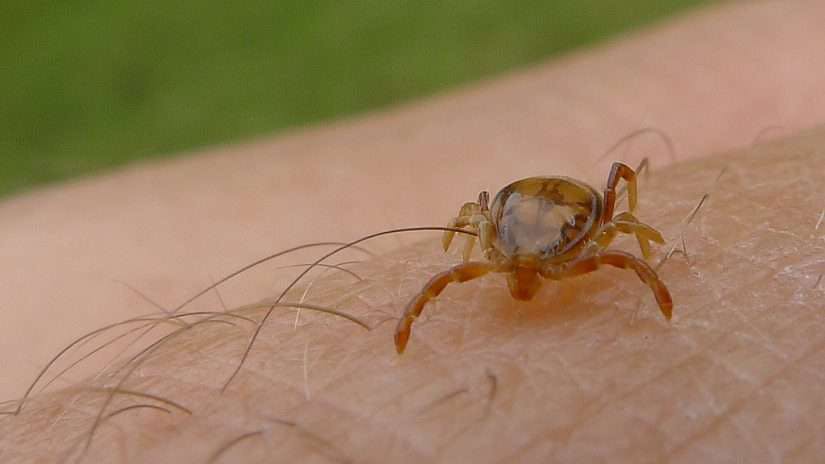 As the summer months approach, landscapers need to be on high alert for something that may seem like just a minor annoyance at first but can soon turn deadly: ticks.

According to USA Today, scientists are predicting a surge in the number of Lyme disease-carrying ticks beginning this month and continuing into the early summer.

“The risk to humans is going to be high starting this spring,” Felicia Keesing, a biologist at Bard College in New York, who has spent years researching tick-borne diseases, told USA Today. “We want to get the word out so people can take precautions. Our dream is that we don’t see this translate to human cases.”

Ticks typically have a two-year lifecycle, and scientists seem more concerned about the newly formed nymph ticks instead of the adult ticks, which die off in the spring. These nymph ticks acquire the Lyme disease pathogen after feeding on the blood of animals already infected with the disease, and about 30 percent of these nymph ticks are infected in a normal year, according to Keesing.

The U.S. Centers for Disease Control and Prevention reported in 2015 that Lyme disease was present in 260 counties, and 95 percent of confirmed Lyme disease cases in 2015 were from the following states: Connecticut, Delaware, Maine, Maryland, Massachusetts, Minnesota, New Hampshire, New Jersey, New York, Pennsylvania, Rhode Island, Vermont, Virginia and Wisconsin. In 2015, there was a total of 28,453 confirmed cases in the United States.

With May being National Lyme Disease Awareness Month, let’s talk about how to get rid of these pests. To help prep your customer’s yard for the impending tick takeover, check out these preventative measures you can start implementing now to ensure they have a tick-free summer.

Most ticks live in cool, shady, humid places, and they don’t typically venture too far from where they get dropped from their hosts. With this in mind, work to bring in more sunlight, warmth and dryness to your customer’s landscape. Utilizing butterfly gardens, native plant gardens and older cottage-style gardens can help give your customers the beautiful and homey look they crave while keeping ticks at bay.

Be sure to keep trees pruned back, and keep grass trimmed to keep ticks from traveling, as they prefer taller grasses. Experts at Manchester Ink Link say to also avoid mulch, as ticks enjoy the moisture and hiding places it can provide. If your customers are adamant about you mulching, use cedar nuggets/chips as opposed to shredded material. Cedar acts as a natural repellant for ticks and fleas and also retains less moisture.

Avoid ground cover plants whenever possible, because these hiding places attract mice, chipmunks and ground squirrels that are prime feeding sources for ticks. For a border between the yard and woodlands, lay down a 3-foot swath of cedar mulch, mowed lawn or gravel. These borders can also be used around stone walls and stacks of wood, which usually harbor mice.

In the case of pesticide and insecticide use, tick tubes by Damminix can be a more targeted way to cut down on ticks. These permethrin-treated cotton balls are stowed in the tubes and then are placed around the landscape. Mice will take these cotton balls to their nests and the ticks will die off from the occupant.

How to prevent tick bites

For more information on protecting yourself, coworkers and customers from ticks and their diseases, check out other Total Landscape Care articles. 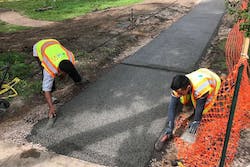 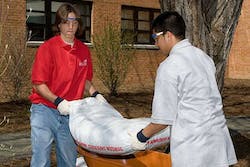 Once school is out prepare young workers to work safely 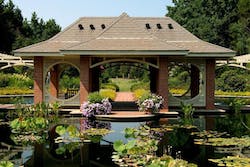 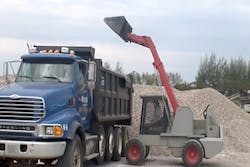 The Pro-Handler is a skid steer with an extendible wheelbase, telescoping front boom