Celebrate the year of the Brassica with various edibles

Known as one of the most prolific genera of vegetables in the world, the Brassica family has been enjoyed by the masses in multiple forms, and they play a significant role in a plethora of culturally significant recipes.

Derived from the Latin word caulis and also known as cole crops, Brassica can help provide healthy doses of glucosinolates, a compound that can help reduce the risk of various digestive tract cancers, and they also provide plenty of vitamin C and soluble fibers.

In most areas, it’s best to plant Brassica crops in the early spring or fall, and many can embrace or endure a light frost. Overall, they are easy to grow and can be purchased as seeds or plants.

Cabbage is one of the most well-known and popular plants in the Brassica family, and it comes in many forms and colors, such as green, red, white, Chinese, savoyed, pointed, round and flat.

Kale is by far one of the easiest to grow of all the Brassica plants, and it has skyrocketed in popularity over the past few years. Kale can be continually harvested by just taking the lower leaves and leaving the top leaves to grow. It’s also easy to cook with and becomes more tender when it’s chopped, kneaded with a little oil and vinegar and marinated before it’s served.

Three of the most popular types of kale are the curly-leaf, lacinato/dinosaur and Russian. Curly-leaf types have a better frost and cold tolerance, and the frost will actually tenderize them and make them sweeter.

Lacinato/dinosaur types have sword-shaped, blue-green leaves and have a mild taste in the fall and summer, and they are cold tolerant as well. Russian types are cold tolerant and are mild in the summer. In mild areas, they can overwinter.

Broccoli, like cauliflower, is harvested in the early stages, and it’s important to harvest while the buds are still closed and tight. While the popular parts of broccoli are the florets, the stalk can give just as much nutrition.

Broccoli likes nitrogen and calcium rich soil, and it prefers cool weather, so planting in the early spring or late summer is the best for a fall harvest. In areas with mild winter weather it can be planted in fall to overwinter.

Collards have the flat leaved look of kale, but they are actually just a bigger leafy cabbage plant that doesn’t make a head. Collards and kale both have similar nutritional content, and they can be interchangeable in recipes.

While the traditional use of collards in the kitchen revolves around stewing them, over the years they have been used more in salads, wraps and as chips. They are easy to grow and the leaves can be cut regularly to produce more.

Collards typically prefer temperatures under 90 degrees, and they are best planted in the spring or fall unless you find yourself in mild-summer regions. 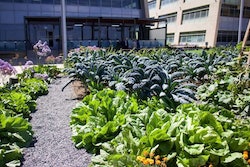 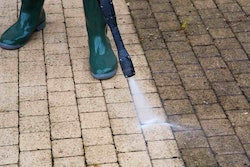 How to keep hardscapes looking their best even years later 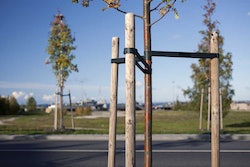 The more you know: The effects of staking trees 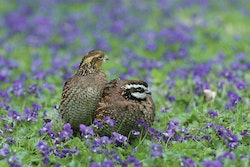