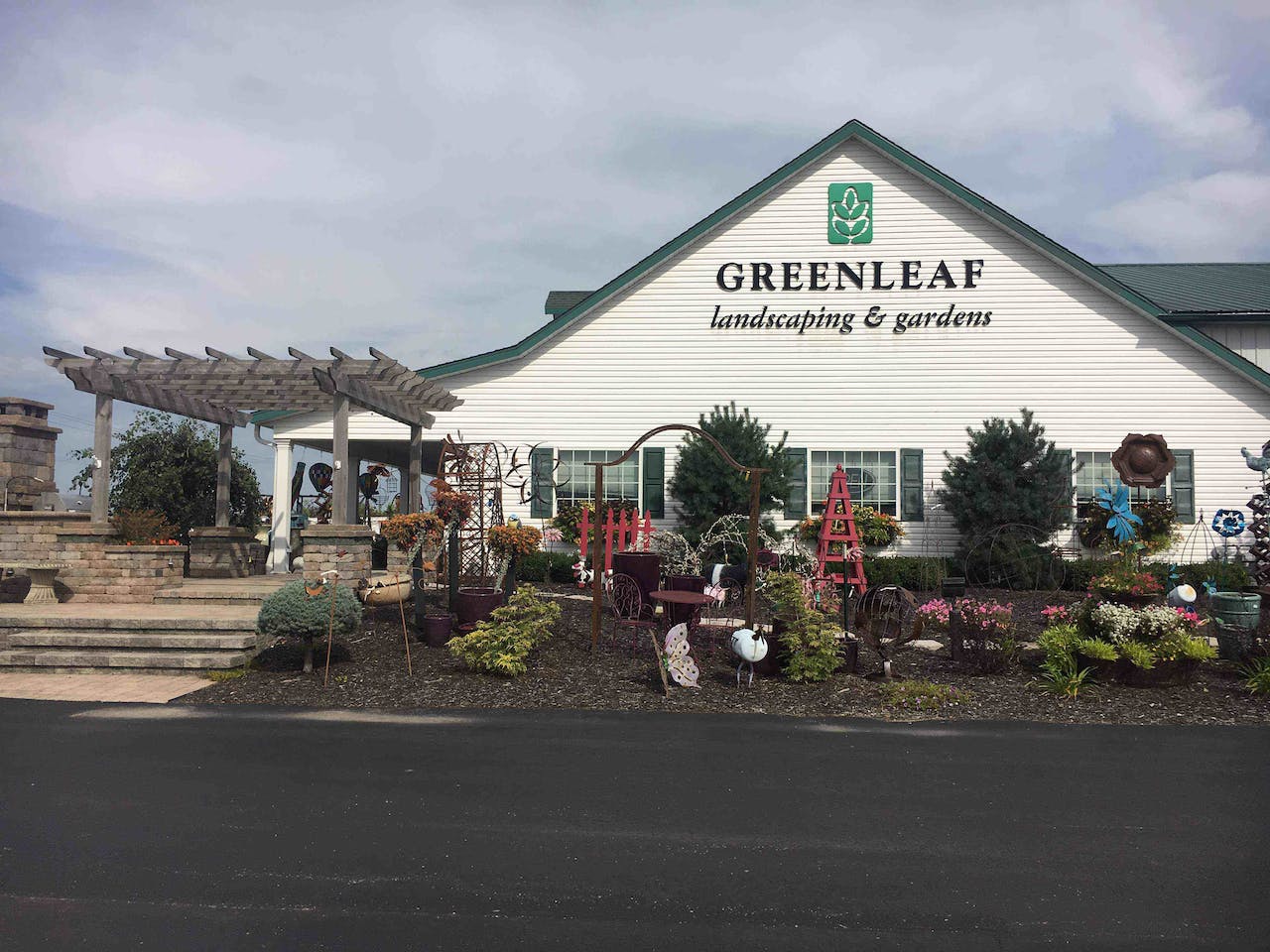 It’s been two years since Greenleaf Landscaping & Gardens was a named Landscaper of the Year finalist and the notoriety has certainly been good for business.

The Greenleaf, Wisconsin-based company promoted its status with signs in front of its garden center and displayed its achievement on a banner in local parades.

“I think it took us to another level,” said Dorene Schuster, who owns Greenleaf along with her husband, Ken. “People were like ‘They’re recognized. They must be something special.’ And people were asking about it and people were going to the website and finding out more about it so that’s been really exciting and I think it definitely helped us get bigger jobs.”

The company will be 50 years old in another two years and as of right now they have no special plans, but Dorene credits Ken for the company’s longevity.

“He’s real proud of how long that we’ve maintained this family business and he has been the anchor,” Dorene Schuster said.

Ken’s father William Schuster started the company in 1969, but when Ken’s mother became a wheelchair user, he had to step up at a young age.

In the beginning, the business focused almost all on the commercial side of things, seeding along highways and managing athletic fields. Then when Ken went to school for landscape design, he was able grow the residential side of the business with his knowledge of shrubs, water features, pavers and retaining walls.

“There’s so much competition on the commercial side,” Dorene Schuster said. “They want fast, quick, cheap and that’s not us.”

Passing on the reins

Ken and Dorene took over the family business in 1984 and now they are working on another leadership transition. All three of the Schuster’s children work at Greenleaf along with a son-in-law, and the couple is in the process of determining who will take on what responsibilities.

“I think we have something unique in the way that we have the company laid out,” Dorene Schuster said. “All of our children have departments so we have a deep respect for each other and they’re not competing at all.”

“She has always been the leader of the family,” Dorene Schuster said. “She said ‘I’m not the boss I just know what everyone needs to be doing.’ She’s very sensitive but yet she’s a good overseer.” 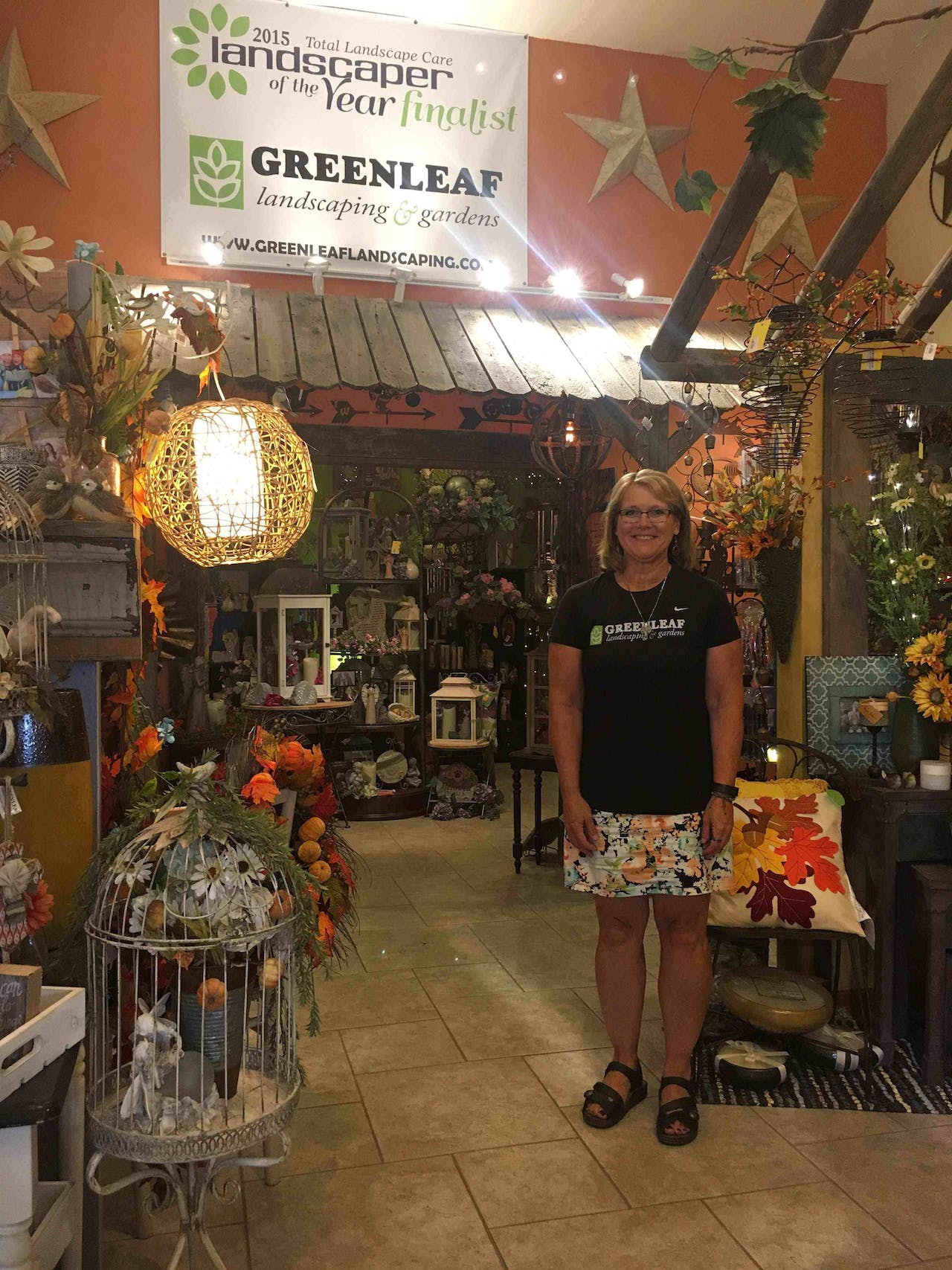 The Schuster’s second oldest daughter, Monica, serves as their plant person and manages the outside garden center, ordering all the plants and pulling the plants needed for jobs. Bill, the youngest Schuster, works as a designer and a foreman.

“He knows every operation,” Dorene Schuster said.  “He’s worked on every crew; he knows how everything is done so that makes him a good bidder. He does some of that. He’s kind of working his way into that more so that when Ken and I step down he will step into that more strongly.”

Bryan Nowak, Genine’s husband, serves as an expediter and also specializes in lighting so he handles all the bidding on the landscape lighting projects. He has also worked with the crews as a foreman.

While Ken and Dorene are a little worried about the transition from a sole ownership to multi-ownership, they expect one person will be the final decision maker, while all three of their children will have a say as co-owners.

“It will probably be Genine, but we’re just now getting to that point where we have to talk about that and decide, but even in our family dynamics she has a very strong leadership role,” Dorene Schuster said.

Dorene explains that while Bryan will not be an owner, he is still a key part of the company. The Schusters have given themselves a deadline of five years from now to step down.

“Even though it’s an exit, it’s not a total exit,” she said. “It will be where we can say ‘We’ll come in a couple hours and help you out.’ Both Ken and I said we love so much of what we do that unless our health would dictate otherwise we would continue doing as much as we could.”

Despite the fact that Dorene is preparing to step down from her role in a few years’ time, this doesn’t mean she has stopped looking for places to grow and is actually considering adding on to the garden center by building another portion that could hold more garden art or possibly outdoor furniture.

Greenleaf currently owns 10 acres of land and is utilizing around six acres. Dorene would like to add on to the nursery as well for more plant space, but the major struggle that the expansion and additional business has caused is the seasonality of the business when it comes to keeping full-time employees.

“We have people that want to stay here and they want to make this a career for them, and we just struggle with how do we do that,” she said. “They have families. How do they get laid off for two months or sometimes three, and all these years Ken and I have never stopped thinking about what else we can do, but we don’t do any snow plowing and that’s really iffy too. It’s not anything you can count on because some years it doesn’t hardly snow at all.” 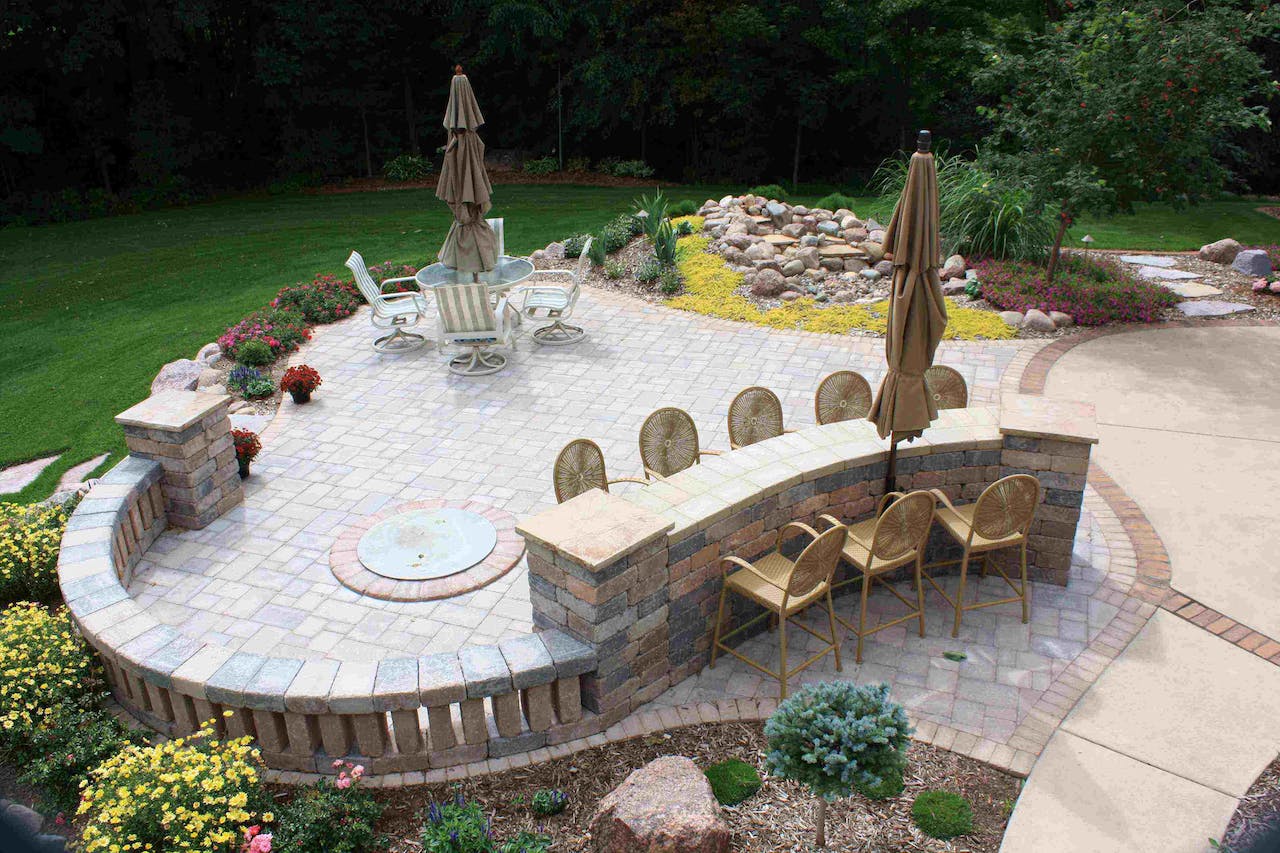 The Greenleaf crews have dabbled in holiday lighting, but weren’t a fan of the work, nor was it profitable for the company. Currently, the Schusters simply pay their employees enough during the season that they can still make a good living during the two or three months of unemployment.

The company still has 25 employees and wants to keep it that way as a way to maintain quality control. For Dorene, she’d rather the company stay a little smaller in order to hire local high schoolers who can stay on with the business throughout college.

Some of these college students have gone on to become doctors, and others have actually changed their major to a landscaping field to stay on with Greenleaf permanently. The company is known for treating its employees like family, with its “Hero of the Week” program and events like croquet night, and this approach does not go overlooked among the staff.

“I think treating your employees well is a big deal to us,” Dorene Schuster said. “We try to help out. We’ve given money to people who needed it and delivered food, you know when someone is down and out, and genuinely caring about your employees creates a loyalty almost to you.”

One thing that Dorene is hoping to introduce is giving more recognition to the spouses of her dedicated employees.

“They will sometimes work really late and then their family is at home reheating the supper, waiting for them to go to a baseball game,” she said. “I know that they sacrifice so I’m trying to think of a way to say thank you to the families of the employees.”

When asked what Greenleaf brings to the market they serve, Dorene answered that being unique was one of the things that set their company apart.

“I think we listen really well to what the goals are of the client and I’ve had so many people say I’ve had three landscapers and you’re the only one who listened, who didn’t just come back with their own ideas; they came back with ideas of what we were looking for even better,” she said. “They ran with what we were talking about so I think listening and playing off of what they’re saying. The more questions you ask, the more information you find out and the more you can bring that out in the landscaping.”

Much of Greenleaf’s business comes from word of mouth, and its commitment to doing good work and being consistent every time certainly resonates with customers, as Dorene cannot recall the last time she has received a negative response to the survey that is sent out once a job is complete.

“They’re all overwhelmed by the professionalism, the kindness of our employees, the way that we listened, the clean-up, that we hear a lot,” she said.  “We hear a lot of companies leave things for the homeowner to sweep up and we always leave things spotless.” 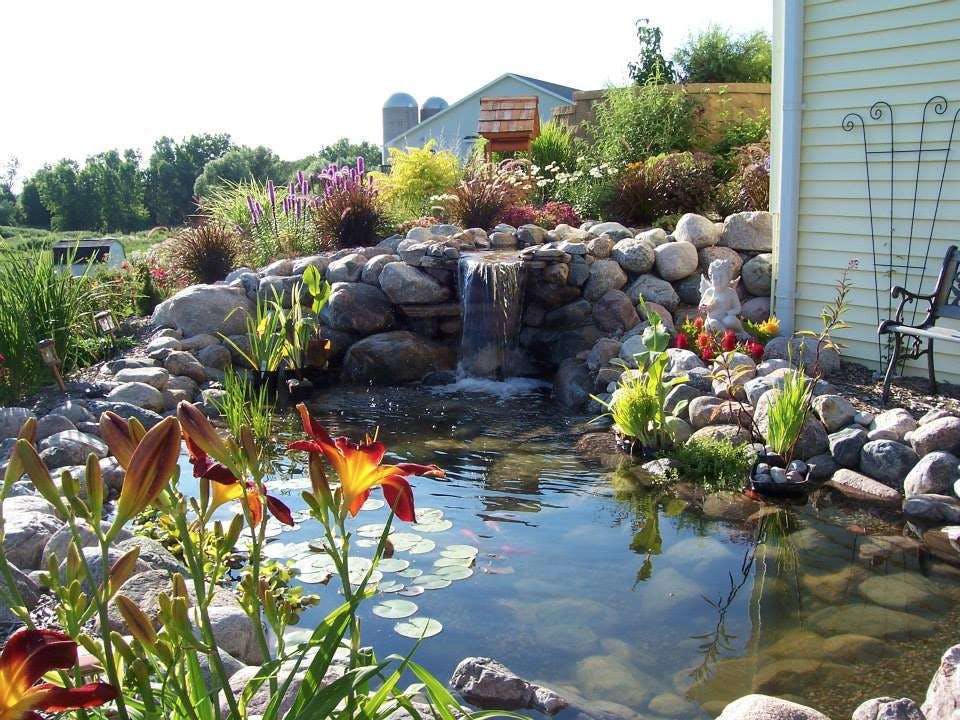 Greenleaf attracts most of its customers from word of mouth.
Photo: Greenleaf Landscaping & Gardens

Greenleaf also takes advantage of social media with one employee being their dedicated social media person. She often shares before and after photos of jobs, and Dorene hopes to use their new-purchased drone to take aerial pictures and conduct time-lapse videos.

“The more you post, the higher the visibility,” she said.

Dorene no longer writes gardening tips for the local newspaper, only due to a lack of time, but she does still participate in seminars at home and garden shows. She tends to have three or four presentations during a weekend show. This last year her son Bill presented them all.

The response that comes from these is huge and Dorene estimates they get 15 to 25 people per seminar.

“People will take your card at the show, they’ll call and say, ‘I saw your presentation, I was inspired,’” she said. “Even at the show they’ll say, ‘I love what you are showing us, can you come to my house?’ So, a lot of work comes from the seminar.”

As for if she thinks Greenleaf Landscaping & Gardens will be around for another 50 years, Dorene didn’t hesitate when she answered, “We do.” 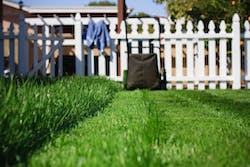 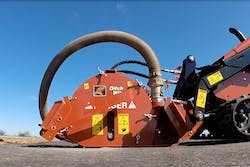 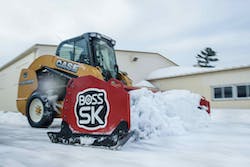 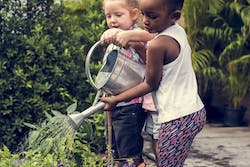