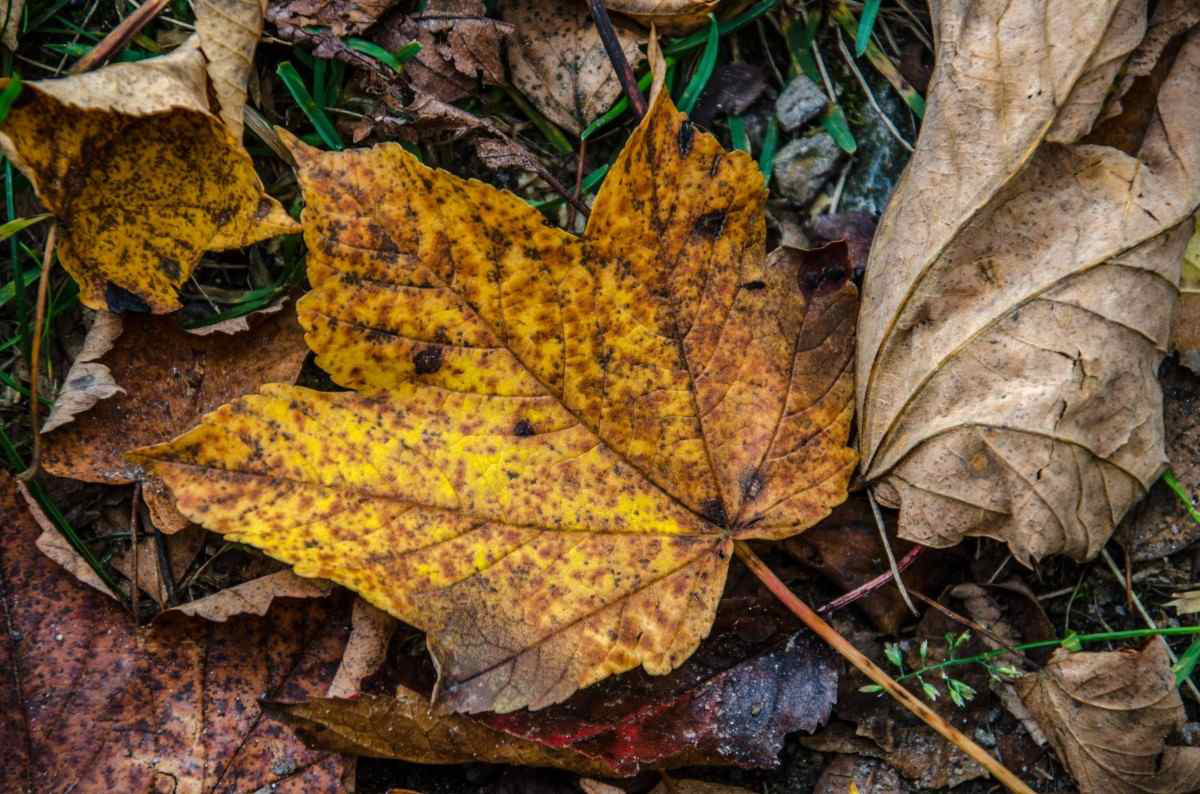 Maples make up a large portion of the trees found in forests and communities in Minnesota, so when many of them changed colors and dropped weeks before autumn, many people noticed.

The premature leaf drop in trees can be a sign of multiple different situations, but a majority of the time it is a warning sign that all is not well with the tree.

The prevalence of the problem in Minnesota has caused many to reach out to the Minnesota Landscape Arboretum and Davey Tree Expert Company.

According to Travis McDonald, a certified arborist with Davey Tree, the main culprit behind many of the maples’ problem is root girdling, where the roots have grown around the tree effectively strangling it.

Root girdling is common with maples due to their shallow, fast-growing root system. The issue is exacerbated by the fact that maples sold at nurseries and garden centers are often grown solely in containers instead of in fields.  When the tree is purchased, the roots have already begun to surround the tree.

Maples that are losing leaves near the crown and have no root flare at the base are often girdled. Thankfully, a girdled tree trunk can usually be remedied. To prevent cambium injury, excavate the soil around the root to reveal the entire length that needs to be removed. Then using a chisel or saw, cut the root six to 12 inches away from the trunk.

The final cut is made where the root attaches to the trunk. Detach the root if it is not deeply embedded. If it is deeply embedded or the roots are very large, sometimes it is a better idea to remove the tree.

“They can become a hazard,” Alan Branhagen, director of operations at the Minnesota Landscape Arboretum, told the Star Tribune. “Without the stability of the root system, they’re more prone to windfall. They can snap off at the base.”

If a client does have to remove their maple tree, they can still plant another one as long as the roots are unwound before planting. Branhagen advises looking for square containers with air pockets, as these prevent the roots from curving.

Some of the other causes of maple decline include root rot, various vascular diseases, and in the case of sugar maples in particular, earthworms.

A study was conducted by Tara Bal, a research assistant professor of forest resources and environmental science at Michigan Technological University, to determine the cause of sugar maples appearing stressed out.

Bal and her team found that in plots in Michigan, Wisconsin and Minnesota the presence of earthworms was affecting the leaf litter. While in the garden they are good, earthworms in northern forests mix up the stratified soil and take away the nutrient-rich upper layer of leaf litter.

“It’s not necessarily a death knell for maples,” Bal told Pioneer Press. “You can have trees and worms, but when you have worms and then you add on a drought or high temperatures or heavy deer browsing, they are combining to impact maples pretty severely. It’s changing the forest out there.”

This change in the forest floor causes young seedlings, ferns and wildflowers to not survive, but larger trees and evergreens are less affected.