Bioinsecticide cultivated from spider venom to be available in 2018

Vestaron, a developer of peptide-based insecticides, will roll out two of its products designed to kill off greenhouse pests in January 2018.

The company was formed in 2005 by Glenn King, after he identified the individual chemical compounds of the Blue Mountains funnel-web spider’s venom. Because the spider doesn’t know which compound will work on its prey, it has hundreds of different peptides in its venom including ones that can kill a human.

What King managed to discover was that there were several that were harmless to bees, but could paralyze other pests. The company now can mass produce the insecticide components by isolating the genes that make the bee-friendly peptides and inserting them into yeast.

This fermentation process allows the company to avoid the tedious task of milking individual spiders.

The company received approval from the Environmental Protection Agency (EPA) back in 2015 to remove the bee toxicity warning statement from its label after it was reviewed by the organization.

Now Vestaron says the Spear-T and Spear-O bioinsecticides will be available for sale in the U.S. starting January 2018. Spear-T is a greenhouse bioinsecticide that controls thrips, whiteflies and spider mites and is marketed by Isagro USA.

“We are pleased to be teaming with Isagro to bring this product to greenhouse, vegetable growers,” said John Sorenson. “Isagro impressed us with its biosolutions portfolio and Spear-T fits well with their strategy.”

Spear-O is designed for the production ornamentals market and controls thrips, whiteflies and spider mites as well. OHP, Inc. will market this product.

“We are excited to bring Spear-O to the market as another tool for the greenhouse ornamental grower,” said Dan Stahl, OHP vice president and general manager. “Whether a grower relies on conventional or a biological insecticide approach or a combination of the two, Spear-O is a great choice.”

Vestaron also expects to introduce two other products in 2018, Spear-P and Spear-C. Spear-P targets the Colorado potato beetle with a combination of Spear and Bacillus thuringiensis (Bt) while Spear-C defends against certain types of caterpillars and also uses a Bt formulation.

“These effective pest control products have no known resistance, are easy to use and effectively target insects while remaining non-toxic for humans and the environment,” Sorenson said. “This makes them the perfect pest control tool for growing operations around the country.” 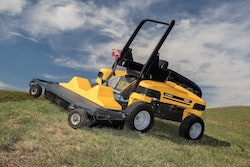 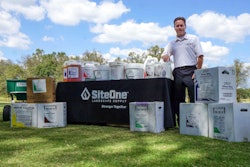 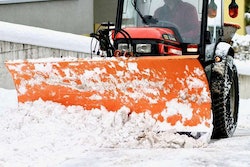 How to: Preventing rust and salt buildup on your snow equipment