The new year rings in some new laws for 2018, including labor and wage laws.

The entirety of the federal, state and local laws taking effect in 2018 isn’t listed here, but it’s still important to know which ones will be affecting you and your business. Employers should seek knowledgeable counsel on how certain laws will apply this year.

One of the most noteworthy changes is the adjustment of the minimum wage in various states and cities. While Congress hasn’t voted to raise the minimum wage in more than a decade, it isn’t stopping states from taking matters into their own hands. Some raises are minimal with laws that will require the wage to be adjusted on a yearly basis according to an inflation index.

Other states have bumped up the minimum wage by a more significant amount and the increases will reach $12 to $15 an hour once they are phased in over the next few years.

Below are the states, cities and counties’ new minimum wages. To see what they are being increased from, check out these charts.

California: $11 an hour for businesses with 26 or more employees; $10.50 an hour for companies with 25 or fewer employees

Minneapolis, Minnesota: $10 an hour for companies with more than 100 employees

San Mateo, California: $13.50 an hour for standard businesses; $12 an hour for nonprofits

SeaTac, Washington: $15.64 an hour for hospitality and transportation employees

Oregon, Maryland and Nevada will increase their minimum wages later in the year on July 1.

As marijuana becomes legalized in more states for medical and/or recreational use, several states have introduced bills that they are working on passing related to drug testing and usage of marijuana and employment practices.

In Maine, the bill LD 1719, HP1199 was created to help regulate the recreational usage of marijuana, which was legalized in November 2016. Section 112 of the bill states that employers are not obligated to allow or accommodate the use, possession, transportation, sale or cultivation of marijuana in the workplace. Employers will be allowed to restrict drug use and discipline those who attempt to work under the influence of marijuana. A public hearing is set for Jan. 5.

The controversial federal overtime rule that would have made over 4 million employees eligible for overtime pay was blocked last year by U.S. District Judge Amos Mazzant, and eventually struck down by the same judge on Aug. 31, 2017.

The Fair Labor Standards Act (FLSA) would have more than doubled the minimum annual salary required for exemption from overtime from $23,660 to $47,476.

The Labor Department appealed Mazzant’s decision, but ended up changing course and asked for a federal appeals court to uphold his ruling. It also asked for the court to clarify that it can use a salary threshold in overtime pay regulations.

Massant confirmed that this is within the department’s rights to use a salary test, but eligibility for overtime pay must be a combination of workers’ duties and wages. The court suggested increases that kept track with inflation would be acceptable but the $913 a week requirement for exemption went too far.

Yet there are already two bills in Congress, S. 2177 and H.R. 4505, known as the Restoring Overtime Pay Act of 2017, which seeks to amend the FLSA to codify parts of the salary rule that caused it to be shot down by the judge in the first place. The amendments would require the Secretary of Labor to create regulations that set the minimum salary amount at a weekly rate equal to the 40th percentile of earnings of full-time salaried workers in the lowest-wage Census Region and update the minimum salary amount every three years. 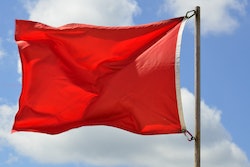 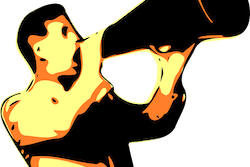 Voice of the industry: NALP weighs in on the tide of 2018

Remind clients that plants still need water even in the winter 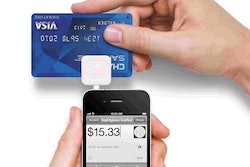 The benefits of mobile payments for landscaping companies