It seems only fitting that students were recognized for proving their green industry skills on St. Patrick’s Day as they gathered once more at Lamb’s Chapel for the closing ceremonies in Haw River, North Carolina.

As the National Association of Landscape Professionals (NALP) team added the finishing touches to the stage, sponsors filled tables with awards and gifts for the winners of their various events.

Students discussed the day before, speculating if they did better or worse than they thought.

Changing to a somber note, Beidler shared with the group that the landscaping industry had lost a member of its family as Mariani Landscape employee, Chris Rea, passed away in his hotel room on the 15th.

Rea was an alumnus of Kansas State University and participated in NCLC himself in 2012 to 2014. Beidler says that Rea often encouraged his Mariani co-workers to go back to school to further their own careers.

He dedicated the closing ceremony to Rea and paused for a moment of silence before moving on to thank ACC for hosting the event.

The community college received a standing ovation and Beidler said he had received the fewest issues and complaints from this event. He also thanked the sponsors before passing the mic off to Roger Phelps, corporate communications manager for Stihl.

He announced the winner of the #RealSTIHL Spirit Award, which went to the student who posted the most on social media about the event. Grace Hamilton from North Carolina State University was named the overall winner and was awarded a $1,000 check for her school.

He told students how the two most powerful words are ‘thank you’ and expressed his gratitude to both the NALP staff and Beidler for serving.

Phelps shared how, in his opinion, success is defined by helping other people.

Beidler stepped back up to name the schools that had the most participation in the career development series run by Ewing Irrigation and Hunter Industries. North Carolina State University won for the 25 and higher division, Auburn University won the 10 to 24 division and Knox County Career Center won for the less than 10 division.

The Outstanding Educator of the Year award was given to Michigan State University professor Marcus Duck, who led his team to victory in 2016.

Incoming chairman Doug Halsey with Ruppert Landscaping then took over to list the first, second and third place winners of the 30 events.

Below are the top schools in descending order. The 43rd NCLC will be hosted at Colorado State University in Fort Collins, Colorado, on March 20-23, 2019. For a full listing of the winner for each event, click here. 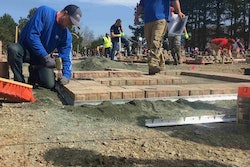 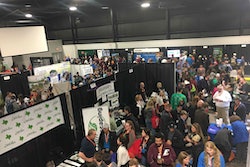 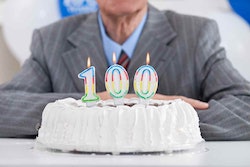 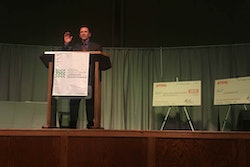 42nd NCLC starts with energy and a focus on the future