The history of NCLC and where it’s headed

While many college students are eagerly awaiting spring break, others are gearing up for the 42nd National Collegiate Landscape Competition (NCLC).

This year’s event will take place at Alamance Community College in Graham, North Carolina, on March 14-17. The National Association of Landscape Professionals (NALP) says that over 750 landscape and horticulture students will be in attendance to put their skills to the test, but how did this prestigious competition get its start?

In 1969, the Horticulture Department at Mississippi State University decided to include business courses for its students and reached out to the head of the Landscape Architecture and Professor Robert A. Callaway, the head of Campus Landscape and Retail Floral Management.

The following year the Landscape Contracting Curriculum offered its first courses and it quickly became one of the most successful landscape contracting programs in the U.S.

In 1975, students from Michigan State University toured several nurseries and Bellengrath Gardens and stopped to thank Callaway at Mississippi State for putting the trip together for them.

And thus, the first NCLC was held in 1977 and was first known as the ALCA (now NALP) Field Days. Mississippi State hosted this first event and Callaway wanted to invite industry leaders to serve as judges and “legitimize” the challenge.

Nearly 200 individuals attended the first NCLC and while no formal job interviews were conducted, many of the industry people ended up talking with students about job opportunities. Mississippi State hosted again the next year and attendance doubled with 57 industry members using the event as a recruiting opportunity.

The first-place trophy was voted unanimously to be named the Robert A. Callaway Award in 1991, as he is considered the father of NCLC.

On the 40th anniversary of NCLC, students and companies returned to Mississippi State to compete where Michigan State won the first-place trophy after placing 13 times in different challenges.

Last year, 674 students from 63 colleges and universities traveled to Brigham Young University in Provo, Utah, to test their skills in 29 green industry related events. More than 360 industry representatives were present, and students had the opportunity to interview with more than 80 companies that were at the career fair.

“I think networking and being around industry leaders and talking with those in the industry in between events is an amazing opportunity for the students, whether it’s an internship or a future job or just a relationship that might turn into a future job five years down the road,” said Kory Beidler, NCLC chair and director of training and development at LandCare.

The host school, Brigham Young University Provo, won the Robert A. Callaway Award after it placed 11 times in the events. Michigan State University placed 12 times, but BYU ended up pulling out the win by a 90-point difference.

“The National Collegiate Landscape Competition is an energetic and exciting event to connect faculty, students and the industry,” Marcus Duck with Michigan State University told NALP. “I competed as a student, have been involved as a faculty member for the past 14 years; I look forward to attending NCLC each year!”

Companies such as John Deere, Caterpillar, Gravely and Husqvarna are all sponsors of the event, and they are just a handful of the businesses that contribute to NCLC. Stihl is the competition’s sole platinum sponsor and takes its sponsorship seriously.

“If we don’t invest in the future, then shame on us,” said Roger Phelps, corporate communications manager for Stihl. “So that’s really why we’re supporting NALP and the Foundation and its work. Because these young students here that are getting scholarships, the 700-800 odd students who are competing in NCLC, they are the future of our industry and we think that it’s important to be part of that.” 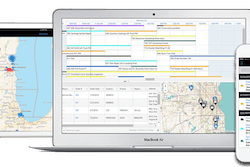 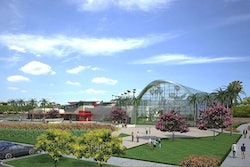 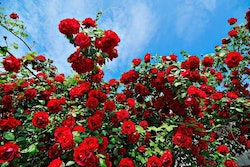 To plant or not to plant: The best time to plant roses 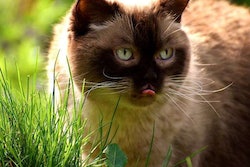