The Department of Homeland Security (DHS) recently announced it will allow 15,000 more seasonal workers into the country in 2018 under the H-2B visa program. This program is available to businesses at risk of failing without the increased workforce.

The announcement made by Secretary Kirstjen Nielsen said this move was meant to counter limitations on the program that had caused, “a situation where the program unintentionally harms American businesses,” according to The Hill.

The U.S. CIS says Secretary Nielsen determined there are not sufficient, qualified, U.S. workers available to perform temporary nonagricultural labor to satisfy the needs of American businesses in FY18. Nielson’s decision follows a report that found Maryland’s crab industry lost almost half of its workforce due to the Trump administration’s control of the visa system.

“The limitations on H-2B visas were originally meant to protect American workers, but when we enter a situation where the program unintentionally harms American businesses, it needs to be reformed,” Secretary Nielsen told the U.S. CIS. “I call on Congress to pass much-needed reforms of the program and to expressly set the number of H-2B visas in statute. We are once again in a situation where Congress has passed the buck and turned a decision over to DHS that would be better situated with Congress, who knows the needs of the program. As Secretary, I remain committed to protecting U.S. workers and strengthening the integrity of our lawful immigration system and look forward to working with Congress to do so.”

This language is the same included in last year’s budget bill. It gives authority to the Secretary of Homeland Security, in consultation with the Secretary of Labor, to raise the H-2B cap when it is determined there is an economic need.

Last year, the then-Secretary of Homeland Security John Kelly was reluctant about having authority over the H-2B cap, citing potential exploitation of H-2B workers as the source of his concern.

“Congress gave me the discretionary authority to provide temporary relief to American businesses in danger of suffering irreparable harm due to a lack of available temporary workers,” Kelly said at the time, according to The Hill. “As a demonstration of the administration’s commitment to supporting American businesses, DHS is providing this one-time increase to the congressionally set annual cap.”

Starting this week, the U.S. CIS says eligible petitioners for the H-2B visas can file Form I-129, Petition for a Nonimmigration Worker. Those who are eligible to petition must submit a supplemental attestation on Form ETA 9142-B-CAA-2 with their petition.

The National Association of Landscape Professionals (NALP) expects the ruling to be published this week, and it’s expected to go into effect immediately. NALP says the rule is expected to be nearly identical to last year’s rule. This, NALP says, means that applicants will be required to attest to “irreparable harm” and conduct a new round of recruitment.

To find out more about the ins and outs of navigating the H-2B application process, click here. 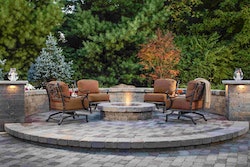 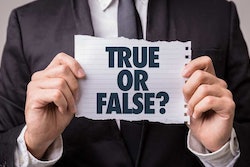 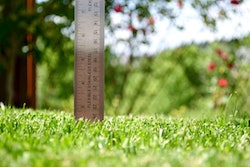 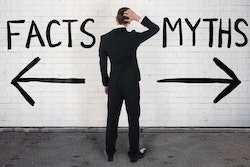