CM’s A Cut Above: Setting people up for success

Skilled employees are the lifeblood of any landscaping company and the same can be said for CM’s A Cut Above, based in Omaha, Nebraska.

Chuck Monico, president of CM’s, works hard to keep his employees once he’s found them and the fact that some have been with the company for 15 to 20 years says that he must be doing something right.

As basic as it sounds, one of the retention methods Monico mentions is paying them well. He says they avoid being anywhere in the middle or close to the bottom on pay rates but strive for the upper third range.

“At the end of the day, that’s not going to be everything but for some folks in this industry, it is,” he said. “The number one reason, though, is you just need to treat people with respect and make sure people know that they’re worth something.”

The company also offers PTO, health insurance, dental insurance and a SIMPLE plan. Monico acknowledges that this makes the business the more expensive option in some cases, but he finds it well worth it in order to compete with other industries.

“It’s about understanding that people need to go ahead and have a balance in their lives and what’s going on outside of work is important,” he said. “Charging half the rate and working 80 hours a week or 90 hours a week is not the answer.”

Flexibility is another element Monico takes pride in, as they are often willing to work with employees who many need to work certain hours due to them going back to school or a family situation.

“We don’t look to the almighty dollar to drive everything; that would just be, in my opinion, a miserable way to be in business,” Monico said. “I wouldn’t do it. I’d do something different.”

The company is also currently working on developing clear career paths for its team, so members know what skills they need to obtain before moving to the next level.

If he had to start all over, Monico says one of the critical lessons he has learned is to not underestimate people’s ability to perform if given the opportunity.

“Try not to restrict the natural abilities and talents of your people, and work with your people to hone in on what they’re successful at,” he said. “Give them the tools that they need to do their job and stay out of their way. Set forth a group of ideologies or principles that they can go ahead and rally around where they can go ahead and look at those principles and say, ‘I know what I need to do,’ so they don’t always have to ask a question to the person standing next to them or supposedly above them.”

He also says to give people a voice at the table where they are respected and have the opportunity to make decisions that can help move the division and the business forward.

He also advises how important it is to understand where people can be successful and who they are as a person, so they don’t get set up for failure.

“We have promoted people out of a good spot in this company and drove them to failure,” Monico said. “The worst failure is when you’ve got someone who is doing so well, and you think it’s time for them to move laterally or move up or move to a different position and then you just really screw up the ship, and you’re at fault.”

While there is the option of moving the employee back to their previous position, Monico says generally the damage is already done, which is why it is so important to work with people and be aware of their natural talents, traits and abilities.

“When I say failure and succeed, I mean that in the broadest terms possible, not just at work,” he said. “If there’s something going on at home, I’m happy for you. If your kid’s doing well, if your wife just got a promotion at work, all those things. This team, they’re amazing. I can’t tell you some of the things that this team’s been through and they’ve just picked it up for everybody else. Some of the people here have been through some dark and horrible and unspeakable days. No one ever shies away from picking up the pieces. That’s our team.”

When it comes to how his business has been so successful, Monico brings it back to people once more.

Monico says that many of his mentors are quality people with similar values and they have evolved as he has evolved and mentored others himself.

“There’s many previous business owners within and outside of our industry,” he said. “Many of them focus on customer service and honesty and integrity, and those are the things that I’ve been attracted to over time. People with an open mind, willing to take a look a different path and at what’s new on the horizon.”

He advises landscapers join peer groups and not just stick with companies in the green industry. CM’s often meets businesses outside of the industry through attending Great Game of Business seminars.

This is part of another of Monico’s keys to success to broaden your horizons and be a lifelong learner.

“We’ve all got to be open to learning and seeing things from the other side of the table,” he said.

“Treat your people right,” he said. “Give them a future.” 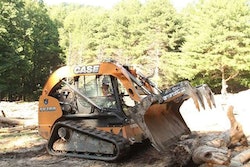 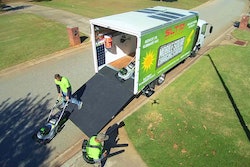 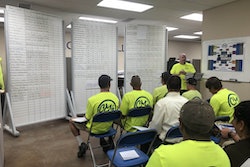 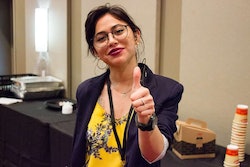