Summit Hardscaping: Taking advantage of having the right team

Summit Hardscaping based in Fort Collins, Colorado, isn’t large by any means, but its current staff of employees has allowed Dave Doyle, president of the company, to move out of the field and become more of an owner.

“For years, we struggled with me not having to do everything,” Dave says. “So, having them on board, they’re often reminding me they don’t need my help, which has been my dream for a long, long time to be able to oversee and not be such a critical part of production.”

While Dave has traditionally handled the design work, he says they are considering bringing on a designer full time to further allow him to focus on the ownership side of things.

“We’re truly seeing (ownership matters) are more important than we thought,” Dave says. “It’s not just making the absolute decisions. It’s seeing ahead, job costing, things like that. So, I need to get myself a little bit away from the design side of things.”

Yet Summit would not have seen double digit growth for a number of years and survived the recession if it wasn’t doing something right.

Dave credits his company’s success to a number of factors, including selecting a specialty and finding the right customers.

Aside from keeping his employees happy by selecting jobs he knows they would like to work, Dave says it’s important to enjoy the journey yourself.

“It can be stressful trying to connect all the dots sometimes,” Dave says. “We realized that it’s kind of like first world problems, if you will. The problems that exist are really not that big of a deal. That’s part of why we enjoy this industry so much because you’re beautifying somebody’s problems that can always be overcome.”

Some advice that Dave says he’d give himself if he was starting all over is to find his niche earlier on.

“I’d probably say specialize more and do something and do it well and be known for that,” he says.

While Dave encourages others to find what they want to specialize in quickly, he acknowledges you can still learn a great deal from trial and error. He believes that the industry is headed towards more specialization as a whole as business continues to pick up.

After finding the right services for your business, Dave says it is equally important to find the right customers.

“When we’re being interviewed for a project by a customer, we feel like, in turn, we’re doing the same thing to them because we really have to have that relationship, and so we see red flags,” Dave says.

Dave says he is a very instinctive person and can usually tell if a project or person is going to be trouble.

“I think identifying that relationship in the beginning has been a good key for us and then, of course, that lines up with the budget and the return side of things and keeping our employees happy,” Dave says. “I think the employee side is very, very big and then just getting the right customers and seeking those out, I think that’s our key.”

The couple also attends the GIE+EXPO in Louisville, Kentucky, every few years to learn about the new products and innovations, as well as to enjoy the camaraderie.

“You start to really recognize that you’re not alone in the industry, that we’re all faced with a lot of the very same things and same decisions over and over, but I think it’s just confirming for us when you start seeing other people struggling with the same thing,” Dave says. “You really get a snapshot of just about everything in the industry.”

The last piece of advice is to stay creative. The Doyles achieve this through a number of methods. Cara says they will travel sometimes to get ideas and Dave says he gets inspired by seeing other’s work.

“Staying really balanced, I think, is important,” he says. “Not getting too burnt out and then just staying active with regards to GIE, with seeing other publications, with seeing other Instagram posts and seeing what other people are doing really stirs the imagination. Some of the things that people are coming up with, I wonder where they are coming up with it, so I feel like I’m constantly pushed to do better and better things.”

Speaking of social media, Summit credits a majority of its leads to social media, with word of mouth from customers and vendors coming second.

Cara says the company is very Instagram-heavy and their Instagram posts are shared on Facebook as well. They also use Pinterest to create design boards for clients, and sometimes clients will share their Pinterest boards to express their preferences and what they’re looking for without words.

“I love Instagram because it’s so quick and very visual and allows me to see what other contractors are doing, what trends are happening and it allows a lot of our clients to really see what we’re doing,” Cara says. “It takes a lot longer to sit down and get specific photos and get the website updated. Whereas on Instagram, I’ll post this afternoon what we did at Della Terra and it’s up instantly. People get to see that.”

Dave says they are also active on Yelp and the Better Business Bureau, gaining both leads and reviews from the sites.

“A lot of people really have a lot of faith in the Better Business Bureau,” Dave says. “We try to balance that out, so we have current reviews on all our different platforms, but that way we’re up to date on each of those. And then we also know we get instant feedback that way, too.”

Summit also has a blog on its website that Cara handles, and although she hasn’t been able to post recently, she hopes as they get some additional staff she will be freed up to write at least one a month.

“Honestly, I would love to do it every other week,” Cara says. “I mean, I’ve got a whole notebook of ideas.”

Cara says some of the topics would cover recently completed projects, landscaping trends and solutions for common problems such as drainage.

“I mean, those are common issues that we need to have the answers for, so it will come up on a search engine a little bit quicker,” Cara says.

Dave says they often hear from people that they have a great website and he thinks it is a very good site as well.

“But again, that’s related back to us having the right employees in place; that’s allowing some of the pressure to come off of me, which in turn is coming off of Cara, who ends up being at the bottom of the to-do list, if you will,” he says. “She’s our backup plan for just about everything.” 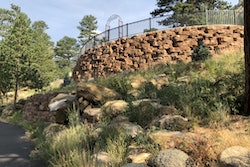 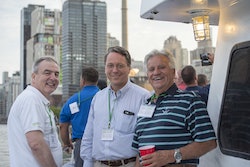 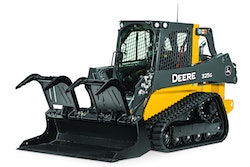 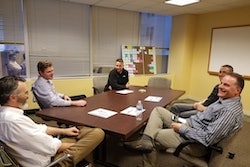