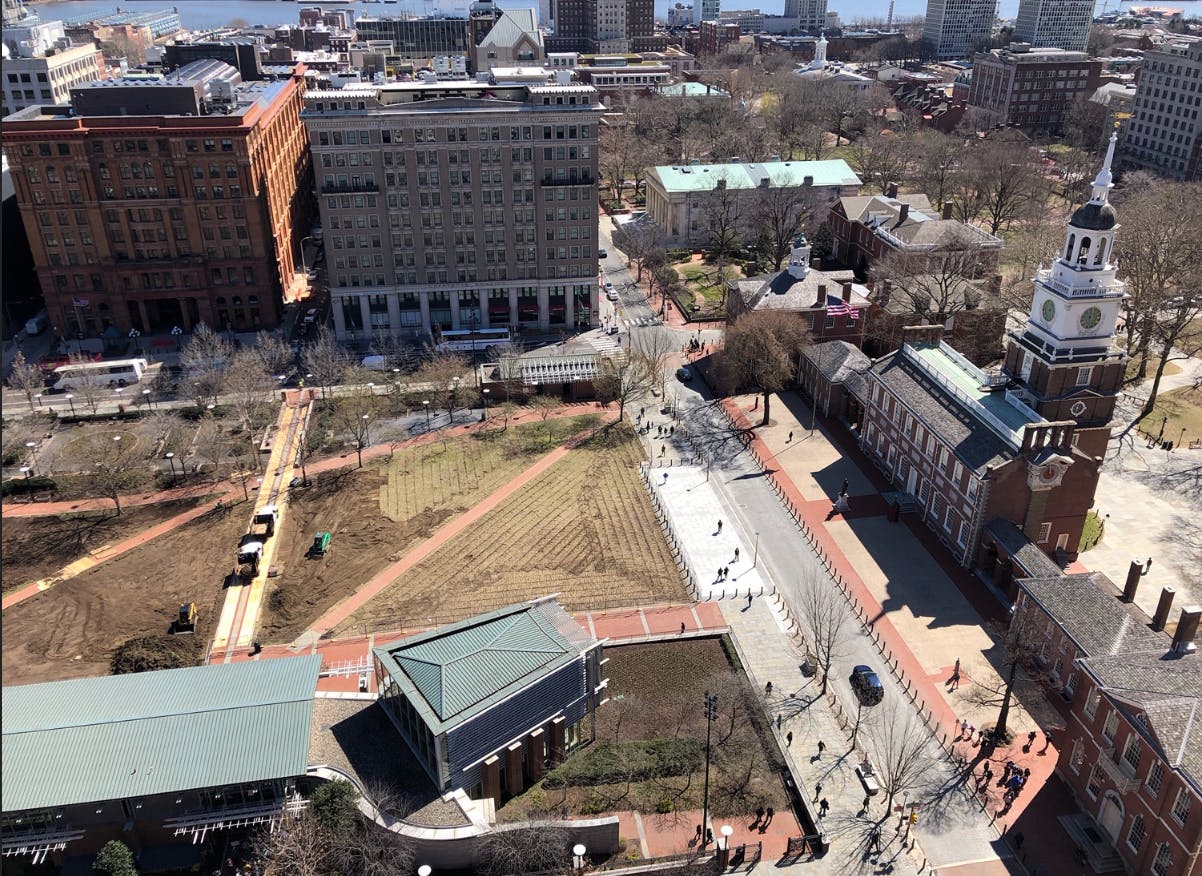 Independence National Historic Park (INHP) is getting some much-deserved TLC courtesy of BrightView Landscapes this spring.

Located in Philadelphia, Pennsylvania, the park is one of over 400 places within the National Park Service (NPS) and is considered the birthplace of the nation.

“The buildings of INHP are authentic and unique places of national and international importance,” says Gina Gilliam, a public affairs officer with NPS. “Here, people can connect with the stories of the founding of the United States and its early growth, against many odds, to be the most powerful country in the world. The centerpiece is Independence Hall where both the Declaration of Independence (1776) and the United States Constitution (1787) were debated and signed.” 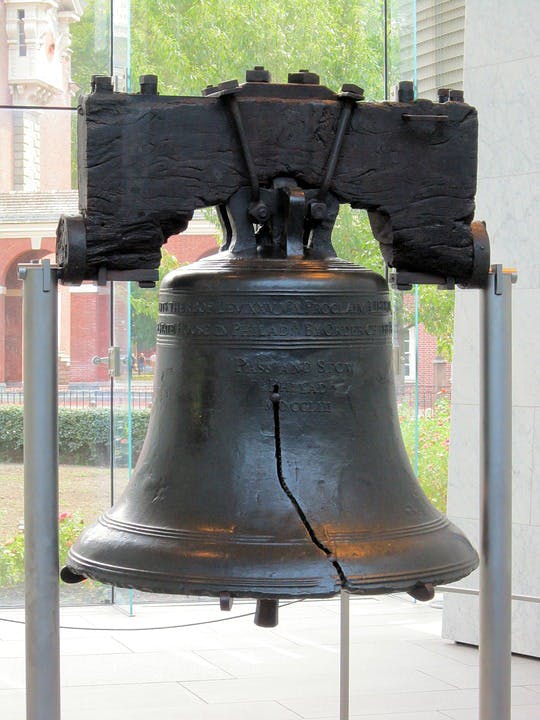 INHP is also home to other National Historic Landmark buildings and sites, as well as the famous Liberty Bell, which was one of the many historical artifacts highlighted in the movie National Treasure. The number of visitors annually has ranged from over 4.3 million to nearly 5.1 million.

“One of the goals of the NPS at INHP is to have the grounds be as beautiful as the buildings are important,” Gilliam says. “BrightView offered to assist the NPS in a major rehabilitation of the grounds of a highly visible area of INHP, allowing NPS staff to focus on other parts of the park in pursuit of that goal.”

BrightView is headquartered in Plymouth Meeting, Pennsylvania, and is donating landscape rehabilitation work to the park. Crews got started working this week and the project is expected to finish at the end of April.

“We’d like to thank the National Park Service for the privilege of working on this historic site and for helping to improve the experience for everyone visiting Independence National Historical Park,” says Andrew Masterman, president and CEO of BrightView. “BrightView is a national company, but Philadelphia is our home. INHP is a source of pride for everyone living in this community and for those who travel here from around the world to experience the history of America’s independence.”

The rehabilitation work includes the replacement of sod in the park’s most frequented area, Block One of Independence Mall, which has the Liberty Bell Center on South Sixth Street and Independence Hall on Chestnut Street.

“When the lawn is not growing grass and the soil is densely compacted, a big intervention is obvious,” Gilliam says. “The decision to remove the lawn entirely was based upon tests of the chemical composition of the soil. Tests showed that the soil was contaminated with salt from snow melting compounds and chlorine from the municipal water supply.”

Along with the sod replacement, BrightView will also work to repair or replace the irrigation system for Block One.

“The lawn rehabilitation will involve replacing much of the subsoil, to the degree that the existing irrigation system will be disturbed and need to be extensively redone,” Gilliam says. “We will have the opportunity to make sure the system is as effective and efficient as it can be through improved technology as well. The system needs a spring tune-up every year after the winter season when it is turned off and it inevitably suffers damage from freezes, mud and trauma to the heads annually.”

Other work BrightView volunteered to handle includes improving the gardens and hardscape along South Independence Mall East, improving the beds surrounding the Liberty Bell Center and providing arbor care for trees along the east and west sides of Block One.

BrightView has committed to maintaining the Block One landscape for a full year at no cost. 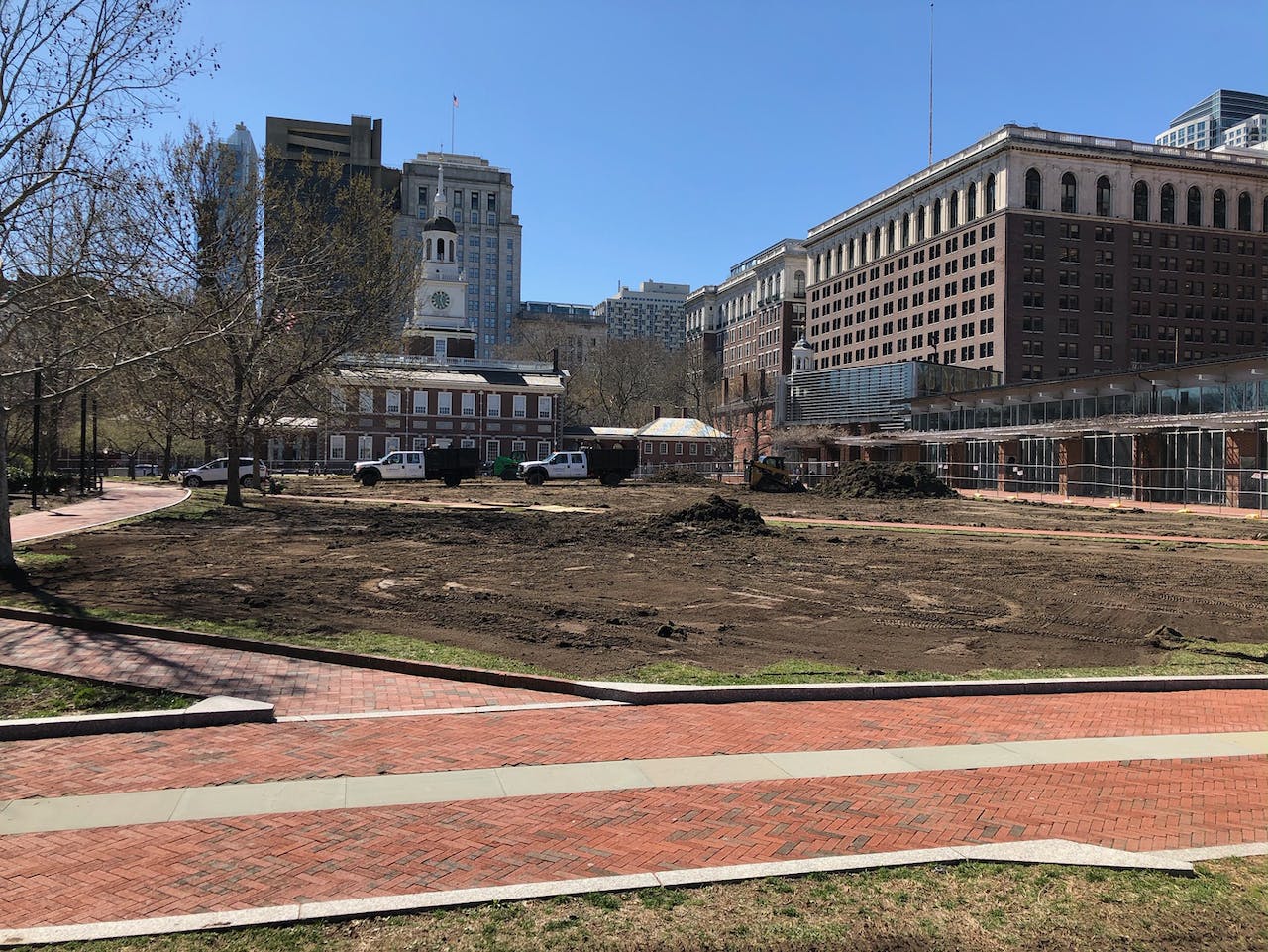 “We are sincerely grateful to BrightView for this much needed in-kind donation,” says Cindy MacLeod, park superintendent. “This landscaping project in front of Independence Hall – a World Heritage Site and the birthplace of our nation – will beautify the park for our millions of visitors to enjoy as they move through the grounds and make their connections with history. We truly appreciate Independence Historical Trust for facilitating the relationship between INHP and BrightView.”

This isn’t the first historic landscape BrightView has worked on, as the company has installed new sod at the National Mall in Washington D.C. in 2011, and it currently maintains the landscapes at Colonial Williamsburg in Virginia and Green-Wood Cemetery, a National Historic Landmark in Brooklyn, New York.

Gilliam says the NPS doesn’t see working with historic sites as a challenge in negative terms.

“We appreciate the special skills required to work on the maintenance and preservation of historic structures, and we take pride in caring for the grounds that provide a welcoming space for millions of people each year without the intrusion of commercial advertising or activity,” she says. “We enjoy telling the stories of our founding history and connecting them to people’s lives today in meaningful ways, and we appreciate hearing stories from visitors about their connections and stories that haven’t been heard as much.” 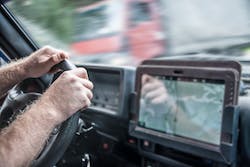 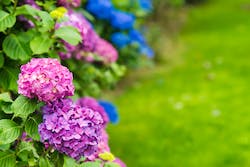 How to get the right hydrangea hues for customers 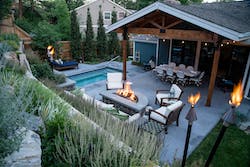 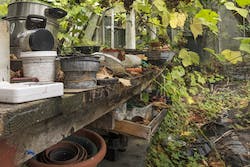 How to: Decluttering your customer’s landscape