Industry check up: How far has handheld battery-powered equipment come?

At the recent Home Depot Backyard event held in Atlanta, Georgia, experts from multiple companies gathered to showcase the latest additions to their lines of battery-powered products, but many professional landscapers might be wondering how these products will benefit their everyday work.

Experts from Makita and users of EGO products have weighed in on how they believe their line of battery-powered products could prove beneficial to professional landscapers and how exactly they could begin to see a return on investment (ROI) by using these products.

The question on the minds of all professional landscapers when asked about switching from gas to battery-powered equipment is usually the same: Will it sacrifice productivity and quality?

“As this business moves from gas to cordless, (the question we hear is) do you have products that truly give you gas performance and can replace gas?” says Romique Talton, senior product manager with Makita, outdoor power equipment. “And that’s what the professional landscaper asks when it comes to a cordless conversation.”

As a company that caters to both prosumers and professionals, Talton says that Makita offers products that are meant to give landscapers the same performance as gas-powered equipment.

Chad Markuson, owner and president of Lawnboyz Landscaping Inc. in Geneva, Illinois, has used both gas and battery-powered products to maintain commercial and residential properties in the area.

Throughout his time as a green industry professional, he has had the opportunity to test out EGO’s commercial series line of outdoor power equipment, and he has seen firsthand how the battery-powered equipment stacks up against traditional gas-powered models.

“Battery-powered equipment has come a long way,” says Markuson. “I see large benefits with products such as the hedge trimmer and chain saw. For example, my guys trim the bushes in the front of a home then need to walk to the back. Using cordless equipment would be easier for my team and less hassle to restart once they get to the back or side yard.”

Markuson adds that the run time on most of the cordless units he’s tested is “fantastic” and allows the user more than enough time to get the job done without having to recharge between uses.

“The typical landscaper doesn’t necessarily use a rear-handle chain saw as much, so especially for them they’ve had a great, easy adoption for cordless,” says Nicole Tougas, associate product manager with Makita, outdoor power equipment. “Because when you’re trying to cold start a chain saw, that takes time (and) in addition to the fuel misting, it can be a pain sometimes dealing with that gas chain saw.”

According to the experts at Makita, the benefits of switching to battery-powered equipment far outweigh the downsides.

“Productivity-wise, there’s going to be a learning curve when they first start because they need to figure out how many batteries they’re going to be working with,” says Tougas. “But in general, they’re going to be seeing a return because, first off, they’re not going to be needing to go to the gas station in the morning to fill up the tanks, and that’s one of the big things we like to promote with cordless.”

Talton adds that while there will still be some maintenance required when working with battery-powered equipment, most of the time when the tool stops working, it can easily be fixed by replacing the battery, which he says automatically eliminates that cost point and possible productivity loss.

He also adds that the complete line of Makita tools can use the same 18-volt battery.

According to Wayne Hart, communications manager for Makita, this brand’s line of tools features internal communication technology that allows the motor and battery to talk to each other while the tool is in use.

“It’s way more than just the size and voltage of the battery, it’s also the quality of the motor and the ability for the two to talk to each other during use,” says Hart.

“The only tool I am not 100 percent sold on in the cordless arena is the blower,” says Markuson. “We use these blowers constantly and I have found the cordless units do not have enough run time when compared to gas. Now, maybe my team does not need to use the unit at max CFM the entire time, but the reality is, they do.”

Markuson says the recharge and run times on the blowers specifically is something he hasn’t been impressed with so far in the lineup, and he does admit that the initial high price of entering into the field of battery-powered equipment might scare some landscapers away.

“If the battery dies, I understand it takes hours to recharge,” he says. “If the crew does not get the job done with the battery unit or they do not have a second battery, it would take half a day to get back and running.”

As far as using the hedge and string trimmers, Markuson says he’s been able to get at least five hours of run time.

Currently, Markuson says he still mainly uses gas-powered equipment for his day-to-day operations, but he does say that in certain jobsite situations, he would gladly use the commercial line of EGO products.

“For example, we start early and we typically go to our big commercial properties where sound is not an issue,” says Markuson. “If I used the EGO commercial series line, I could potentially start early at my townhomes and other residential locations.”

When looking at the cost savings associated with switching from gas-powered to battery-powered equipment, Markuson says based on his research, the savings could be significant, and the machines could end up paying for themselves in about a year.

“I feel to (have my whole crew) covered, I would need five batteries and five of each tool minimum, but maybe more,” says Markuson. “But if I converted, I would have very little maintenance and zero gas, oil, stabilizer, etc. expenses.”

Is it worth the switch?

According to Talton, many landscapers question battery-powered products because of how quiet they are out in the field, which leads them to believe that they aren’t as effective as gas-powered equipment.

“Most HOAs, a lot of universities and municipalities don’t allow landscapers to start work during certain times. The productivity gain now allows the landscaper to, basically, cut and blow at any time during the day. So, the initial apprehension is cordless isn’t as powerful as gas, I’m going to lose productivity and those things, but once they actually switch and invest in cordless, they realize they aren’t losing any productivity. Nothing’s changing.”

Another question raised to Makita regards battery theft, but Hart assures users that with the Makita Safe Lock system, batteries can be rendered unusable after a certain time of the day.

“It’s a theft insurance system because nobody wants to steal a battery that doesn’t work,” says Hart.

When asked if he believed it would be worth it overall to his business to make the switch from gas to battery-powered equipment, Markuson said he wouldn’t necessarily make the switch to all five of his crews, but he might potentially try it for one.

“I think I would start with one, maybe the smallest that primarily does the commercial jobs,” he says. “My guys that do residential lawns are so fast, I think the battery powered equipment might slow them down.” 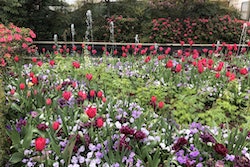 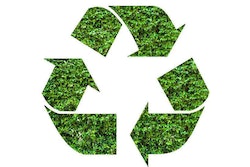 How to recycle landscaping equipment 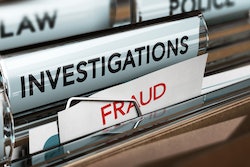 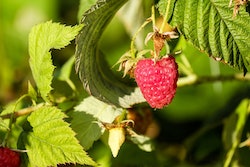 How to: Understanding and treating cane blight