Water features can create an enchanted, calming space with their presence, but once the sun drops, this effect can be lost in the darkness. However, this issue can be easily remedied with the proper landscape lighting.

“You put all that money into it and once the sun goes down you don’t have any lights on it you really can’t enjoy it,” says Jerry McKay, owner of McKay Landscape Lighting, based in Omaha, Nebraska. “The true benefit is just aesthetics. You hear that noise and you want to see the source of that noise, and if you light it properly you see that spill and see that and enjoy that. That’s probably the largest benefit of lighting it.”

If your clients are looking to light a current water feature or plan on installing one, here are some best practices when it comes to lighting water features.

Challenges to be aware of

Once the power situation is figured out, it comes down to what is the best method to light the water feature, which could be anything from an elaborate fountain to a serene pond to a lively waterfall.

“For us, our challenge is the design aspect,” McKay says. “What’s going to look the best? What’s going to create the least amount of glare? For instance, people put in, let’s say, a stream that goes down in their backyard and slopes away from their backyard. That presents a challenge within itself because if you get down lower and shoot at that stream, when you walk out your house you’re going to see that glare. It’s really important to control glare on a water feature so you have to really figure out where you’re going to view the water feature.”

Determining the principle viewing area can help ensure that glare is not a problem.

Another element that must be considered but can be forgotten is maintenance. The main maintenance needs of a water feature are keeping the fixtures clean and aimed in the right direction. As a company, McKay says they try to avoid using submersible lights in ponds, as they tend to reveal how dirty the pond is.

“A lot of times what we’ll do is shoot light at the water feature,” McKay says. “We’ll shine the light at the waterfall and not get in the waterfall, which then takes the fixtures out of the water where they’ll get dirty or show the dirt of the water feature and they’re much easier to maintain. A lot of times we’re looking at the maintenance long term because I think people forget that. When it’s crystal clear and it’s new and you get lights in, that’s great, but then six months down the road, those have to be pulled out and cleaned all the time.”

“What’s interesting about that is your client doesn’t know what it’s going to look like,” he says. “One simple way to rule all the problems out down to the road is once it’s constructed to do a quick mockup, and that’s wire above the ground with three or four lights and a temporary transformer plugged in. That is the best way to get on the same page with client because then they’ll see it.”

Another way to set a client’s mind at ease when selling them on a water feature lighting job is to show them pictures of previous projects to gain their trust.

“Investing in the photography on the front end is really important because you take that picture and then if there’s one similar to that you can say this is approximately what this would look like,” McKay says. “I’d say also if you’re going to do it that way, have the flexibility so when you do your nighttime walkthrough with the client offer to be able change that to reposition lights. Allow that in the install to be able to be flexible to change that.”

One misconception when it comes to lighting water features is the belief that the light must be in the water in order to create any effect.

“Not to say there can’t be some really nice effects under a waterfall, but I think the misconception is that you have to get lighting in the water feature itself,” McKay says. “I don’t think people know that you can shine it at it and make it look nice.”

McKay admits that when it comes to lighting a fountain, submersibles fixtures are the right way to go. Any time where the water is being recirculated there is less of a chance of algae buildup, so it is okay to use submersible lights.

“I just think you have to be careful with submersibles and realize there’s going to be maintenance with it,” he says. “As long as the customer or the contractor is fine with doing regular maintenance, that’s fine, but I think people use submersible lights too much on water features and don’t think about down the road. The other thing you have to have is a really good fixture that will not take on moisture. You’ve got to make sure you have a good fixture or down the road you’re in trouble.”

The type of water feature you’re working with will determine whether it is best to install the lighting at the same time as water feature is installed.

If the client is wanting submersible fixtures in a fountain or pond, these are best added in tandem with the water feature. Yet there is no trouble when it comes to installing lights to shine on a waterfall after it has already been constructed.

Regardless of water feature type you’re working with, McKay says one of the best techniques is to focus the lighting on where the action, or the movement of the water, is occurring. If a stream is running through the property, use enough lights to illuminate the whole stream while controlling the glare. Glare shields can be used on fixtures to keep this from being an issue.

“If it’s possible, a really good technique would be if there are large mature trees, which sometimes there are, moonlighting can be really unique and really work well because No. 1 you’re out of the water feature, and No. 2 you’re up above much like the moon or the sun does so it’s got a natural look,” McKay says. “If there is a structure or plant material that you can get up in and downlight, that’s another technique you can use.”

When it comes to finding the proper balance between light and darkness, part of it depends on basic lighting principles and the other half is based on the customer’s input.

Ask the customer why you are there and what sort of effect they are looking for. Do they want something brighter than everything else in landscape or a more subtle, peaceful look?

“Really what it comes down to, like everything we do, it’s up to the customer,” McKay says. “You’ve got to ask the right questions of the customer, and if you get that on the front end, it’s easy to execute. Over-lighting and under-lighting are very subjective. It just depends on the client. Some of them say, ‘Oh, that looks like Vegas’ and then the next customer says, ‘I want Vegas.’”

If your customer isn’t certain on the intensity they want, go ahead and design it with the illumination that you think works best. After the installation, let the customer to see it at night and change the bulbs to make it dimmer or brighter to their liking. 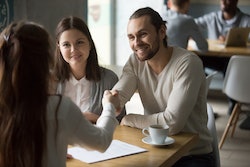 Spreading the word: Generating new clients from your current customer base 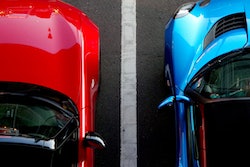 Industry roundup: GIE+EXPO to have free parking at the Expo Center 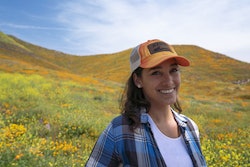 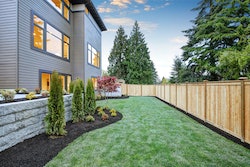 Sprucing up: Adding some pizzazz to your customer’s side yard