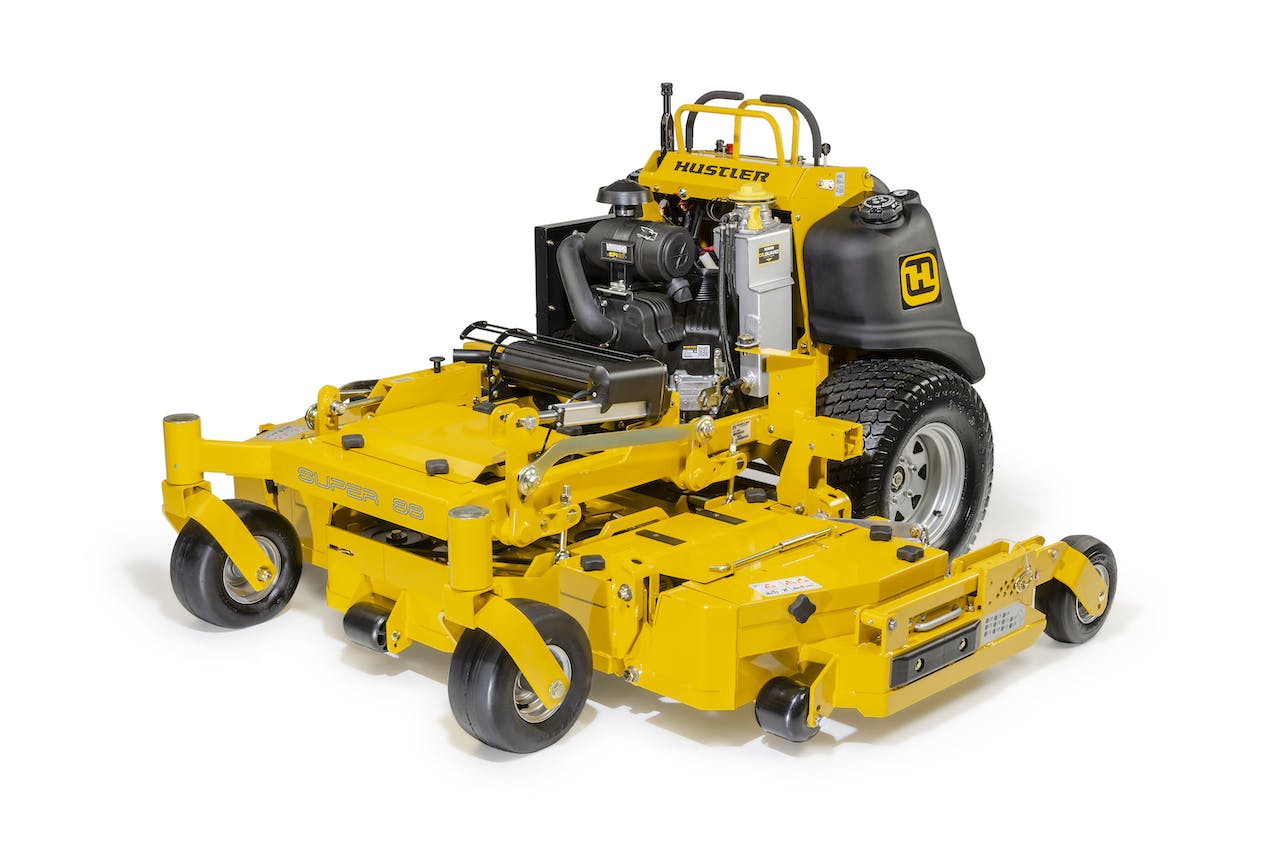 “(We) added the pivoting wings that can go up and down 15 degrees, which gives (operators) the cut quality of a 54” and the productivity of an 88”,” says Brad Unruh with Hustler Turf and Big Dog Mowers. “Stand-on trends are continuing to grow more and more, and we’re kind of the first ones out there with this bigger, more productive stand-on mower.”

Even though the Super 88 is a larger mower, Unruh says these machines are not meant to be used for bush hogging purposes or other similar tasks; they are meant for use in commercial and residential lawns while allowing the operator to get even more done in less time.

“It also helps users with labor,” says Unruh. “Labor’s a shortage, and it’s so hard for guys to find and retain good employees that they know are going to show up every day. If I can get that much more done with one guy on (the Super 88), then I don’t have to have two smaller mowers out there mowing.” 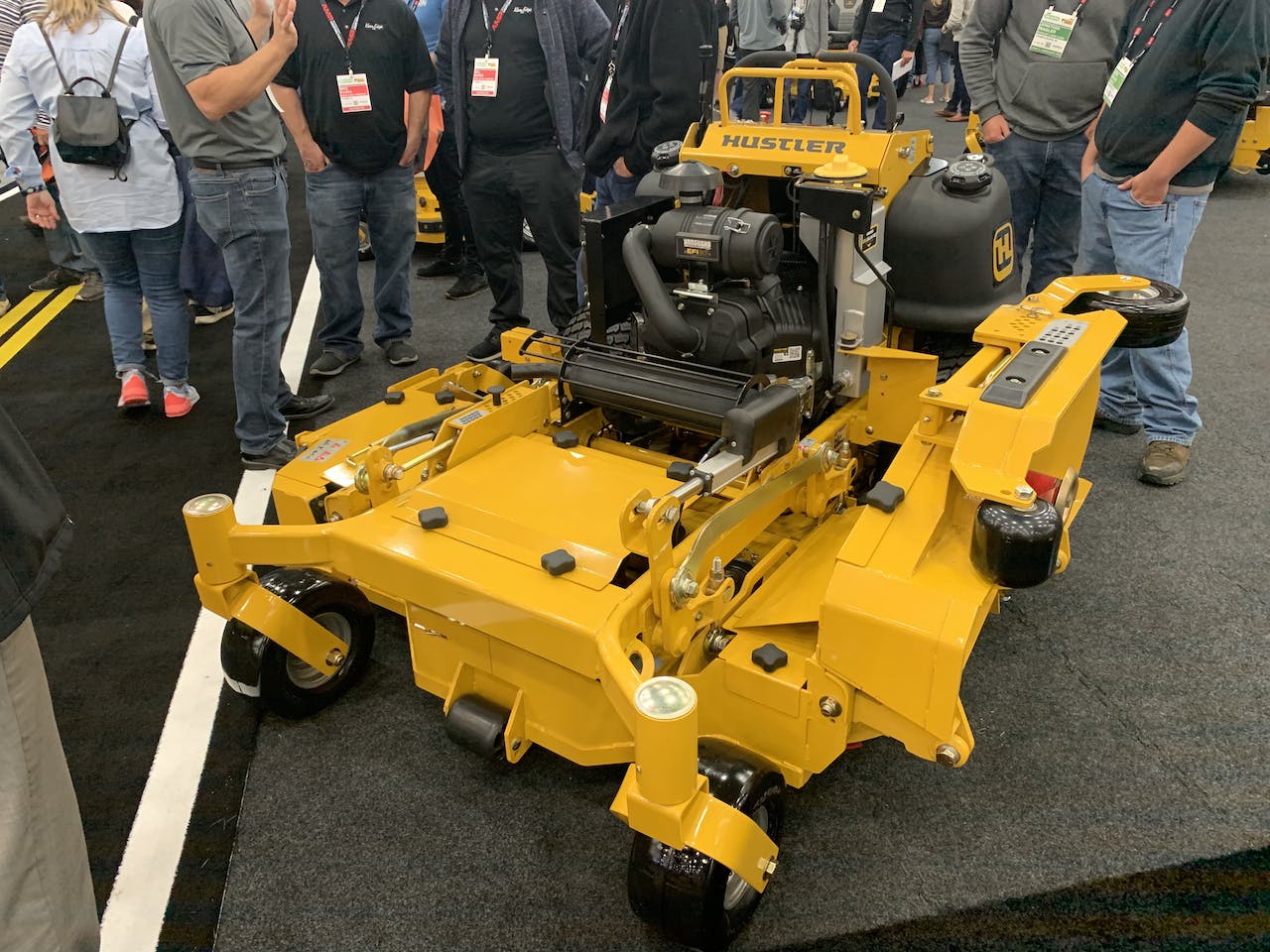 The company says Hustler Turf’s Super 88 meets the growing need of commercial contractors who require the efficiency of a stand-on mower.

“As stand-on mowers gain in popularity with commercial audiences, the Super 88 will become an important part of the Hustler Turf catalog,” says Adam Mullet, vice president, sales and new products for Excel Industries. “This mower solves problems, helping to reduce operator fatigue while providing the agility to maneuver in tight spaces.”

The company says the Super 88 features two engine options: a Vanguard 36HP carbureted engine and a Vanguard 37HP EFI engine with Oil Guard System. The company adds that it also has a 14-gallon total fuel capacity.

“That Vanguard Oil Guard System gives you 500-hour oil change on the engine, so that comes standard in our EFI on the Super 88,” says Unruh. “Contractors are really excited about that. Instead of 100-hour oil changes where they feel like they are always changing oil, especially in the heat of the season, they can go 500 hours, which gets them through that two, three or four months of busy time.”

Production on the Super 88 will begin in about a month, according to Unruh, and it should be available at dealerships at the beginning of December. 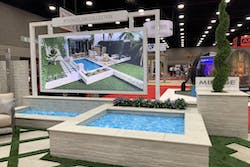 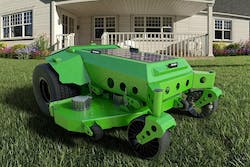 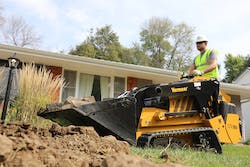 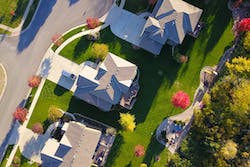 Three reasons blowing grass on the road is risky for business