According to a study by YouGov, people spend about 90 percent of their day indoors, so it’s no surprise that indoor plantscaping is on the rise.

Research has shown the various benefits of biophilic commercial spaces, such as boosting employee health and retention.

“Biophilia is, put simply, the idea that we as humans need connection to nature in order to thrive, feel connected and grounded,” says Laura Burns-Lambert, a designer with Ambius, based in Wyomissing, Pennsylvania. “This means bringing plants into spaces, adding touches of natural material  (i.e.: wood, marble, slate) and even to go as far to have the office or building architecture flow as if it’s the curve in a stream or a path through the forest, lessening the straight lines that are typical of four walls a roof and floor.”

Ambius, the world’s largest interior landscaping company, is taking advantage of this continued growth in the interior plantscape market. It recently acquired Marshall Gardens in Lake Oswego, Oregon, and Glenn’s Greenery in Ft. Lauderdale, Florida, to expand its presence in the Pacific Northwest and Florida markets.

Marshall Gardens was founded in 2009 and provides customized interior plant care and holiday design to commercial customers in the Portland, Oregon area. Meanwhile, Glenn’s Greenery has been in business since 1976 and specializes in providing interiorscape design, installation, maintenance and short-term event services to businesses in South Florida.

“Years ago, the previous president of the company was afraid that our services were going to the wayside and began to add other services such as artwork or music,” Burns-Lambert says. “Companies did not write plants into their budget unless it was for exterior landscaping. Today, the green plant business is thriving, with budgets for interior plants built into the bottom line just like furniture or coffee. We have since left many of the old ‘just in case’ offerings and try to stick mainly to plants.”

Burns-Lambert expects the interior plantscaping to become more commonplace over the next five years, but she says the demand for the service will depend on the economy.

“I don’t see it ever being eliminated but it fluctuates like the economy,” she says. “Also, we need to consider the growers who are having a hard time keeping up with demand. It’s the old supply and demand where we may see an increase in prices and a longer wait time from growers. Unfortunately, you can’t force a plant to grow faster and still be healthy and lush.”

This year, Ambius broke its own record for wins by a single firm by earning 39 awards at AmericanHort’s International Plantscape Awards. Burns-Lambert received Gold Awards in the Design Category for her projects Segment IO and Gusto, both located in San Francisco.

For Segment.io, Burns-Lambert created a design that featured hundreds of containerized plants of all shapes and sizes, a large logo-infused green wall in the lobby area and green walls to separate office spaces.

Burns-Lambert says that it depends on the space and scale of the design when it comes to deciding which site will benefit from a living wall or replica material.

“High traffic areas in narrow halls or close quarters is best with a replica, whereas a large open space with a large green wall is fabulous!” she says. “Also, smaller areas can instead have individual wall planters clustered, which gives an interesting design while working within the scale of the space.”

As for the human resource company Gusto, Burns-Lambert worked to soften the industrial feel of the space by installing a makeshift plant divider wall, as well as potted arrangements, tall plants and hanging plants.

Burns-Lambert says she often directs customers toward using living plants over replicas, as there are so many benefits they provide.

“I also cannot stress enough how important it is to have skilled and talented people in a position such as mine,” she says. “I have seen other companies and even our own hire someone who interviews well but has no plant or design knowledge, and it never works. It seems simple and easy to be a successful interior plant designer but there are so many detailed intricacies that make a successful plant designer, and just because you like to water your potted pothos at home or have a flower garden in your back yard does not mean you have a handle to the ins and outs of this business.” 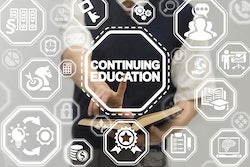 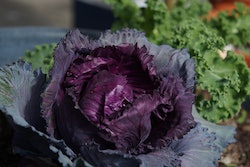 ‘Tis the season: Picking out some cool-season vegetables 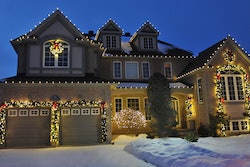 Keeping Christmas bright: What to know about holiday lighting maintenance 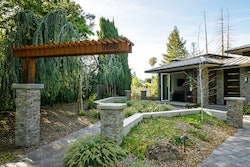