With snow and ice removal still playing a huge part in the day-to-day operations of many landscaping companies, what better time is there to take a look at a snowplow that could help reduce the amount of salt you use, as well as the number of machines on site?

According to Ryan Foudray, chief executive officer of Prescription Landscape in St. Paul, Minnesota, the Metal Pless LiveEdge plow not only offers his company the option of lowering the amount of salt required for snow and ice removal, but it also takes the need for a skid steer, loader and snow plow and allows his crew to only have to use the LiveEdge plow to complete all necessary tasks.

According to Metal Pless, by utilizing the LiveEdge plow, companies should be able to reduce their road salt usage by as much as 30-50 percent.

Since the company’s customer base includes multiple hospitals and health care clinics, Foudray says it’s absolutely critical to maintain safe walking and driving conditions on the properties at all times.

“In the high-end medical world, there’s a big push to reduce salt on properties, both the amount that’s going indoors and the amount going into our waterways,” says Foudray. “So, about five years ago we started doing anti-icing to, hopefully, allow us to put down less salt after the fact.”

When snow is left behind by snowplows, Foudray says it can create slippery, hazardous conditions for both pedestrians and motorists. Any snow that is left over will need to be treated, either with salt or with salt-based compounds, but the negative effects of this salt on the roadways and the surrounding environment have become more of a concern for the public in Minnesota.

Having this idea of cutting back on salt usage in mind over the past few years, Foudray says when an industry friend highly recommended the LiveEdge plow to him, he couldn’t help but try it out.

But what it is about this plow that sets it apart from others, you might ask?

“Mechanical removal of snow is the most important,” says Foudray. “What the LiveEdge brings is, ideally, you should be able to get a clean, clear scrape closer to the surface, just like your standard razor blade.”

Since the LiveEdge allows them the ability to get “a closer shave,” Foudray says they are putting down less salt after they mechanically move the snow out.

According to Metal Pless, the blade of the LiveEdge plow actually consists of a number of two-foot-wide, jointed sections aligned horizontally to form the blade edge.

The company says that each blade segment reacts to changes in the operating terrain independently, giving the blade the ability to adjust its height according to the specific conditions it encounters.

“We can scrape down to the barest minimum of remaining snow cover with the LiveEdge blade, whereas with a traditional fixed-edge blade, our operators have to build in a larger margin of error when plowing,” says Foudray.

The unique thing about this plow, Foudray says, is that it not only plows nicely but it also can do the job of a skid steer and loader with one machine, which should, hopefully, also save on the amount of additional equipment needed at a site at one given time.

“Not only can it scrape very efficiently like a plow, but it can also maneuver and turn itself into a push box and we can take the snow where we need to take it and we can back drag with it,” says Foudray. “It has different functionality due to the setup of the plow.”

With a normal plow truck, Foudray says, you can do about 8 feet at a time if you’re back dragging, but since the LiveEdge has wings, operators can pull back to 13-16 feet if they are working in an open space.

While Foudray does say this plow costs about double what other plows on the market do, he believes it’s worth it in the end due to the smaller amount of salt that has to be used, as well as the plow’s ability to perform numerous tasks.

“Since the technology in the LiveEdge allows it to move up and down with the contours of the property, instead of having to replace your blade every year, it should last about five times longer,” says Foudray. “The cutting edge might cost $1,000 or more, but it should last five times as long or longer than that.”

Prescription Landscape began testing out the plow in November of last year, and so far, Foudray says it’s been a fairly smooth transition with only a few minor complaints upfront.

Foudray says the plow was bulky and heavy, so the only learning curve his team experienced at first was having to figure out the proper balance by using a weight kit. But once this was fixed, he says his teams were able to start moving efficiently.

Foudray says he hopes to see at least a 30 percent reduction in the amount of salt his company uses over the remainder of the season, and if this proves to be accurate, Foudray says the LiveEdge plow will have paid for itself in no time.

With the way the cost of salt skyrocketed in 2019, Foudray says the LiveEdge plow could have more of a shot resonating with customers looking for an economical investment opportunity.

“For us, it was more about investing in technology and seeing if that technology would pay off, and so far, it looks pretty positive,” says Foudray. 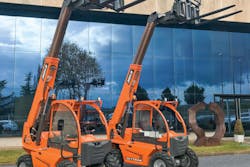 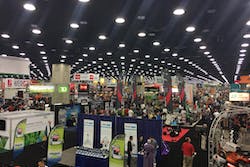 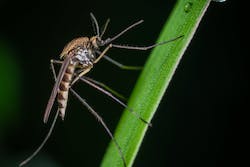 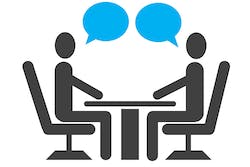 10 ways to improve your communication skills