How to manage different types of snowfall in winter

Dealing with different types of snowfall will require specific tools and equipment, and you’ll have to employ your time management skills. Homeowners want their properties clear as soon as possible, and snow can become harder to remove the longer it stays.

Luckily, you can deal with these time-sensitive situations quickly and easily with some wintery knowledge. Get out in the field and put your snow removal skills to the test. You’ll accomplish jobs in record time by using clever techniques.

Use a V-plow if you’re dealing with ice, sleet or heavy snow. The tool’s “V” shape enables it to maneuver snow piles much more efficiently than straight plows. Create cracks in the ice using the pointed ends and move it out of the way with speed and efficiency. You can push heavy snowfall without breaking a sweat, while straight plows sometimes get stuck depending on the angle.

Straight plows often struggle with breaking up ice and sleet, and this can make time-sensitive removals challenging to complete. Once the snow freezes over, it becomes harder to plow — you may be out of luck if this happens while using straight blades.

Buckets are best for unpaved areas like gravel or dirt — or for when you need to scoop snow rather than push it. Snowplow blades don’t take well to uneven surfaces and can even sustain damage if you try to use them. And though they’re great for maneuvering, they don’t allow you to pick up snow and put it into a pile.

Use a bucket when you need to handle loose snow. Anything that’s not too icy or wet should work fine with this device. Connecting a bucket attachment to your vehicle is quick work, allowing you to shovel in the middle of a storm rather than waiting for snowfall to accumulate.

A snow pusher can be your saving grace when dealing with heavy or wet snow. This type of snowfall is too hefty for bucket attachments to withstand and can cause your vehicle to pitch forward. A pusher can tackle the weight head-on and clear lengthy stretches, which is great for driveways and parking lots.

Pushers don’t have the same versatility plows do, as they only go in straight lines rather than angles. However, this feature proves useful in certain situations. It’s best to move in a linear direction when dealing with parking lots, and a snow pusher can give you an advantage here.

Powdery, loose snow works best with shoveling, melting or plowing. It responds well to numerous removal techniques because of its malleability, meaning you don’t need to pull out fancy equipment. You may decide to shovel loose snowfall if you only need to cover a small area. Doing this can eliminate the time it takes to start large vehicles, and you won’t need to use any fuel.

Follow the CDC’s safety guidelines whenever you shovel snow by hand, such as pushing up with your legs instead of your back. Plastic blades are lighter than metal and reduce the risk of strain, but they can also be smaller, which increases the length of the job.

If your company doesn’t already offer a snow-melting system, it may be a lucrative idea to sell one. These devices heat a driveway after a snowfall and remove both the snow and ice. Melting methods can be more efficient than plowing or shoveling because they eliminate residual ice. Pushing away snowfall can leave a layer of ice behind, especially when you’re dealing with wet flakes that can freeze over.

Melting both at the same time reduces the stress for landowners who would otherwise need to call in multiple removals to clear their properties. This system also lessens maintenance needs — homeowners won’t need to do much except clean the sensors every so often.

Snow removal doesn’t have to be a time-intensive, exhausting process. Using the best equipment for the type of snow will lower your stress and ensure a clean, professional job. Satisfy as many clients as possible, and you’ll become known as the best snow removers in the city.

EDITOR’S NOTE: This article was written by Holly Welles. Welles is a freelance writer with an emphasis on home improvement, business and commercial real estate. She regularly contributes to sites like Homes.com and Porch as well as publishing weekly updates on her own home improvement blog, The Estate Update. 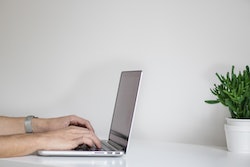 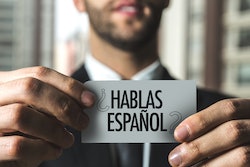 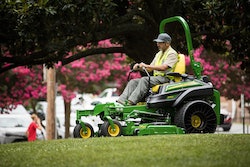 Why landscapers should consider switching to EFI engines 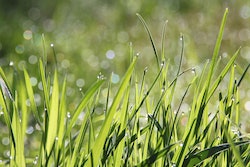 Lawn care basics: Getting to know your grass types