At the start of the year, California implemented new irrigation system regulations, which require all new sprinklers to contain pressure regulators that will restrict the water flow to manufacturer-recommended levels of 30 pounds per square inch (psi).

While this practice was previously required only on new landscapes, going forward, it will now apply to all existing systems.

What does this mean?

According to Chad Sutton, water resource manager with Gachina Landscape Management, for the past two years or so, California allowed local manufacturers in the area to review the legislation before it was finalized and voted on, as the ruling would directly impact the sprinkler products they design and manufacture in the state.

Sutton notes that currently, it is not a requirement for residents of California to make the switch to these new pressure regulated sprinkler systems. The law, according to Sutton, says that in the state, retailers will no longer be able to sell irrigation equipment that does not have pressure regulations. This, he says, puts the enforcement power into the hands of the manufacturers and retailers of the products.

“The law that’s passed is really designed to regulate through sales the adoption of this pressure regulated technology,” says Sutton.

By this October, Sutton says it’s predicted that most retailers in the state will only offer the pressure regulated options for sale. While it’s not yet required to make the switch, Sutton says customers can take advantage of rebates offered by certain water purveyors and water districts that could cover the cost of swapping the sprinkler heads. Some, he adds, may even cover the labor associated with installing it.

Gachina says that nearly half of California’s drinking water is used in outdoor applications, such as irrigation, and the new regulations are estimated to save more than 400 million gallons of water per day within 10 years.

When operated normally, pressure regulated sprinklers will use about 20-25 percent less water than standard sprinklers, but if the nozzle breaks, pressure regulators are estimated to save 70 percent of the water that might have been spilled if using an older sprinkler system. This, Sutton says, can also help drastically reduce the occurrence of slip and fall lawsuits.

“There’s really no downside for anyone because we’ve been recommending this pressure regulated technology for, at least, the last 10 years,” says Sutton. “It just makes sense for our clients because around here, we’re primarily and almost exclusively on city supplied irrigation water. The delivery pressure we get is, typically, 20-40 pounds higher than what the manufactures would recommend. It’s just a limitation because they’ve got to put a lot of water out there into the world, so they have to keep their pressure higher to deliver it across such vast distances.”

This, Sutton says, is why the state saw an easy opportunity to make things better by implementing the pressure regulations.

Sutton says the situation is a win for companies like Gachina because they’ll be able to give clients the best technology out there, and it’s also a win for clients because the small increase in cost will have a fast ROI on most systems. Sutton adds that for those running their systems in a typical California irrigation season, they could break even within the first or second year of use.

Overall, Sutton says customers will save money in the long run, their plants and lawns will look better and they will conserve water, which is a win for everyone.

Sutton adds that another not as obvious benefit to the pressure regulated sprinkler heads is that they can help increase the longevity of nearby asphalt. As previously mentioned, Sutton says the pressure regulated heads can drastically reduce the amount of pressure used when spraying and misting a yard. Sutton says when asphalt comes in contact with continuous amounts of spray or mist, the surface can begin to crack and discolor, creating what Sutton refers to as the alligator skin look. With regulated pressure on the sprinkler heads, Sutton says the asphalt has a better chance of retaining its look and color.

Sutton says another way of looking at the situation is to compare it to improving fuel efficiency in cars by inflating tires to the correct psi setting. Reports show that this simple act can ultimately save many gallons of gas, and he believes that this is similar to the pressure regulated sprinkler head situation.

“Pressure regulation is that one thing you could easily fix permanently that really uses less water,” says Sutton. “It’s really that simple. If we just regulate the pressure in our irrigation systems, we can save a tremendous amount of water.”

While it’s true that the price of sprinkler heads will increase about $3 with this pressure regulating technology, Sutton says it will significantly lower water costs.

Sutton believes that the biggest challenge for green industry professionals like Gachina will be performing maintenance services on sprinkler systems that have mismatched heads.

Sutton says he understands that some customers may not be able to immediately swap their sprinkler heads all at once, which is why he adds it is always an option to replace the heads one zone at a time.

However, if this is the route your customers choose to go, Sutton says the systems could ultimately end up getting worse before they get better.

As previously stated, swapping these sprinkler heads is currently not required by the state for homeowners, however, Sutton says by October, he expects retailers will only be selling the pressure regulated items.

Sutton advises those with old systems to go ahead and take advantage of the existing rebate programs offered, as they won’t stick around forever. Sutton believes that once the switch becomes mandatory, the rebates will disappear, so it’s best to act as quickly as possible if your customers have any plans for using the rebates.

“I think if more states do this, then the volume of sprinklers that have pressure regulation built in could increase the total percentage of manufacturing, and the costs could go down some,” says Sutton.

Sutton notes that California isn’t the first state to adopt this practice, and he hopes that many more will follow soon after. The Sacramento Bee reports that California now joins Colorado, Hawaii, Vermont and Washington in adopting the new sprinkler regulations.

“The trend is clearly saying that this is going to be normal across the U.S.A. moving forward,” says Sutton. “I can’t see it going in a different direction; the cat’s out of the bag.” 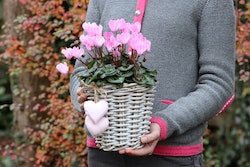 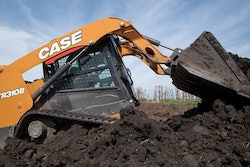 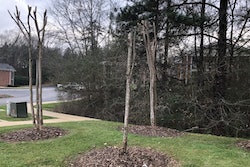 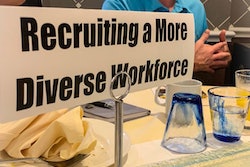