Robotic lawn mowers have been making an impression in the green industry for a quarter of a century, and over the last few years, they’ve truly hit their stride in popularity among professional landscapers.

Last year, Total Landscape Care talked with experts about what robotic mowers could mean for the green industry long term, as well as what myths needed to be debunked about these machines.

This year, experts are taking a look at what improvements these machines have undergone, how perceptions have changed regarding robotic mowers and where they believe this niche could be heading.

Last year, many landscaping professionals were still warming up to the idea of using robotic mowers and even more were convinced that the robots would end up taking their jobs. Thankfully, the opposite has proven true, as many companies are now finding these machines serve as a good supplement to the nationwide labor shortage.

Steven Uljua, product manager for robotics with Husqvarna, says he has definitely seen a change in the adoption of robotic mowers over the past year. Last year, Uljua says the adoption rate among landscapers was fairly low; now, he says it ranges from medium to medium-high, and it’s only getting better.

“This is just another tool for them to help them stay profitable,” says Uljua. “My wish would be to that the landscapers would think about it and understand that we’re not trying to put you out of work. This doesn’t do hedges, it doesn’t fertilize, it doesn’t do all the things that we still need you to do. What it will do is make you become a better landscaper because you’ll have all this time to do the things you wish you could do.”

Brian Manke, product manager for robotic mowers with Stihl, says they are already seeing a lot more interest in robotics from their customers.

“The hesitation in the industry is still there, but you can see the ball slowly moving towards more people being interested and probably more people that will start testing this concept,” says Manke.

Manke says the mowers are now being used by the individual purchaser and homeowner, as well as by commercial users wanting to create a robotic mower fleet for their company. With popularity for these machines growing, Manke says more landscaping companies have even created robotic mower branches.

In the beginning, Manke says the most common question he heard was, “Does it really work?” Now, he finds that more serious questions about pricing, maintenance, installation costs and more are asked instead.

Kris Kiser, president of the Outdoor Power Equipment Institute (OPEI), notes that he’s seen an influx of commercial landscapers breaking into this market. He adds that more services have been developed where landscapers own the equipment and install it for the customer to provide direct service for them without the need to deal with dealers or financing.

According to data OPEI collected, Kiser says robotic mower sales are increasing, and in January, OPEI and the American National Standards Institute (ANSI) published a set of robotic mower standards that Kiser says will help further expand the marketplace for this product.

Logan Fahey, CEO of Robin Autopilot, says it’s true that a robotic mower won’t be the perfect fit for every yard and every customer, and when selling the idea to professional landscapers, he stresses that it’s important to make sure you are selling to a consumer that’s going to be successful with the technology.

“In 2020 and especially in 2021, we’re starting to see that the manufacturers are making adjustments to the mowers for the US market, which is a huge step forward,” says Fahey. “All those things are progressing and we were an early adopter, which is a risk I think that’s certainly paying off.”

Experts agree that most of the upgrades that have taken place since last year have been geared software and reliability, although, Uljua says Husqvarna did introduce an all-wheel-drive option that will take a 35-degree slope to ensure landscapers don’t have to risk their own safety tending to steeper slopes on a zero-turn.

Up until the all-wheel-drive mower, Uljua says all robotic mowers had to go to a dealer to plug it in for a software update, and depending on the dealer, you could be charged for that service. With this new mower, Uljua says it’s their first machine with firmware over the air (FOTA), and updates can now be sent out with no trip to the dealer.

Along with being able to push out updates, Uljua says FOTA also allows landscapers to clear a non-safety related fault from a distance without having to report to a property and type in a PIN code.

“That’s been a big push for us in the commercial market to eliminate just driving out to a house to start a mower back up again,” says Uljua.

Fahey says the challenge every year is to make these mowers even smarter, and Kiser notes that there have been numerous updates in the abilities of these machines in just a year’s time, such as the battery life, topography recognition, driveability and cutting ability.

“There are a lot of manufacturers in this space and coming into this space, so you’re going to see more product offerings,” says Kiser. “As they use them, they better understand them, and they take that information and incorporate it into future designs.”

Last year, Manke says one of the biggest roadblocks that kept people from fully adopting robotic mowers was not having connected mower models, but he adds that they are getting closer to having a connected version of the iMow available.

Manke says they’ve been working on the app and the back-end systems over the past year, and Stihl continues to look for more enhancements and revisions that are geared toward fleet users. Manke says the goal is to give users better tools, better visibility and better organizations of the iMow that’s geared toward large scale installations.

For Stihl, Manke says robotic mowers are a key pillar that they believe will be important to their future, and for their connected model, they will be using an LTEM connection, which will be good for the life of the machine. Manke says it will also have a web portal that will allow users to see full visibility of the iMow through a web page, as well as on the app.

In the commercial setting, Manke says the web feature will come in handy when managing multiple machines.

Check back tomorrow for part two, where we’ll see some of the benefits and drawbacks of these machines, as well as where these experts believe the robotic mower industry is heading. 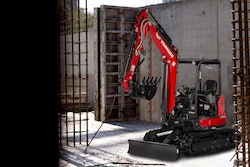 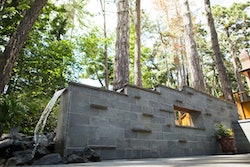 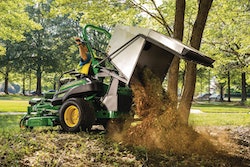 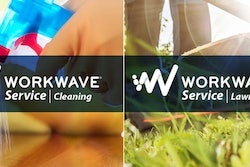