Takeuchi-US recently awarded Norris Sales Company as the 2019 Dealer of the Year for the Northeast Region. Mark Barndollar, Northeast region business manager at Takeuchi, presented the award to the dealership.

The company says Norris Sales Company was named Takeuchi’s Northeast Dealer of the Year after considering their commitment and excellence in a number of areas including sales performance, parts support, product support and training. The full-service construction dealer has one location in Conshohocken, Pennsylvania, and one in Sicklerville, New Jersey.

“This is a very well-deserved award for Norris Sales Company, and it was an honor to present it to them,” says Barndollar. “We have had a great relationship with them over the years and they continuously perform so well with our products. They have a terrific dealership.”

“It was great and welcome news to be named as the Northeast Dealer of the Year by Takeuchi,” says Karen Zajick, president of Norris Sales Company. “Takeuchi has been a great partnership for us since we started with them in 2016.”

A family-owned-and-operated company for 60 years, Nicolock says its success rests on the company’s trendsetting hardscape/paver products, its proprietary Paver-shield technology and personalized service. The company adds that a lifetime product warranty, combined with the broadest industry selection of shapes, colors and textures, has further fueled the company’s growth.

“With more people sequestered at home, the demand for hardscapes to create outdoor living and entertainment spaces has never been greater,” says Mutschler. “I’m proud to represent Nicolock’s products because they provide superior color, strength and beauty. The fact that the company is headquartered on Long Island is an added source of pride for me because I’m a native!”

“Nicolock Hardscape Pro Contractors have been pre-screened to make sure that the best products get the best installation, so we work very hard to support their business,” says Mutchler.

Mutschler says these dealers and contractors rely on Nicolock as a single source for hardscapes, fire pits, grills, cleaners, sealers and binding agents. The company says it currently has four manufacturing plants on Long Island, one in New Jersey, one in Maryland and one in Connecticut to meet increasing demand.

The company says Mutschler is a seasoned marketing expert and is the founder and managing partner of Long Island-based Promotion Associates Inc. for more than 20 years.

Additionally, the company says he served as director of operations for the International Student Exchange, which is a non-profit organization that places high school students from more than 40 countries with volunteer host families.

He is a graduate of St. John’s University and Dowling College, where he received his MBA. Mutschler also taught marketing and advertising as an adjunct professor.

Arborjet recently announced that it has awarded its 2020 Taking Root Scholarships to this year’s deserving students. Now in its seventh consecutive year, the company says the program offers up to $10,000 in scholarship to students who plan to pursue full-time studies in forestry, plant sciences, horticulture, entomology or a related major at an accredited two-or four-year college.

Brianna Moser will be awarded $5,000 to major in forest health at SUNY-ESF Ranger School, located in the northwestern Adirondack Mountains, the only college in the U.S. that offers an undergraduate major in forest health. The company says she plans on participating in the school’s American Chestnut Restoration project and to pursue a career in forest pathology. She hopes to work for the U.S. Forest Service to help survey forests for pests and disease, and to develop treatments to curb or eliminate tree pests and diseases – directly in alignment with Arborjet’s mission.

Sofia Maass will receive $3,000 to study environmental science/biology in the honors program at Allegheny College. She volunteered at the Lady Bird Johnson Wildflower Center, at The University of Texas at Austin, where she developed a strong interest in entomology and the relationship between insects and their host plants. For her senior project, the company says she created a field guide of arthropods and was the first person to photograph a type of tortoise beetle and larvae (Cassida relicta) in her county. Through this discovery, she’s been able to make professional contacts at the Smithsonian and Texas A&M.

Rounding out this year’s scholarship recipients is Joseph Hider, who will be awarded $2,000 to begin his studies as a forestry major at Montana State University. He plans to pursue a career with the National Park Service, hoping “to preserve the country’s national resources and make them accessible for all citizens.”

“We want parents, educators, counselors and the tree care community to join us in encouraging young students to transform their ingenuity and passion into a career in this important industry,” says Russ Davis, president and CEO, Arborjet. “Through this scholarship program, we recognize dedicated students whose philosophy aligns with our company’s mission to help save trees and preserve urban forests. This year’s winners have demonstrated achievement in their schools and want to lend their skills and talents to help grow our industry, which we truly value.”

Recipients for the scholarship program must be graduating U.S. high school seniors planning to major in forestry or a related major for the entire academic year at an accredited two-or four-year college or university.

For further information on this year’s recipients and to find out more about the scholarship, click here.

LandCare promotes leaders across the country

LandCare recently announced a series of promotions in leadership positions throughout the company. Branch leaders from California to Florida have stepped into new roles to help continue expanding the company’s presence in major markets.

The promotions are as follows:

Since 2016, LandCare says it has put an emphasis on training programs for all team members in an effort to encourage professional growth. Most recently, the company launched its Leadership Development Program, an internal two-day course focusing on culture, values and strategy.

“Focusing on growing our people through these training programs has allowed us to connect with our branch leaders and share our vision on a more personal level,” says Jennifer Burnett, VP of organizational development. “It empowers them to take those lessons back to their teams, creating a sort of ripple effect that has been really inspiring to see.”

The company says the developments in leadership also come as a result of LandCare’s organic growth in existing markets as well as strategic advancements into new regions.

“Seeing these leaders grow and take on new challenges is incredibly rewarding, particularly because most have been with us since the very beginning,” says Mike Bogan, CEO of LandCare. “We have so much talent within our teams, and LandCare’s growth presents new and exciting opportunities to these budding leaders.”

WorkWave recently announced that its CEO, David F. Giannetto, has been named a Top 50 SaaS CEO by The Software Report.

The Top 50 SaaS CEOs of 2020 were selected based on nomination submissions from colleagues, peers and other software industry participants. Nominees were reviewed across a number of key areas including company performance, workplace culture, product strength and strategic decision-making, among other areas.

“I am honored to be named one of this year’s Top 50 SaaS CEOs, which is a recognition that wouldn’t be possible without the strong, intelligent and passionate team that stands behind me as I lead WorkWave into its next stage of growth,” says Giannetto. “I am committed to continuing to develop WorkWave into the most successful SaaS field service software company with a great company culture, and with employees who are empowered and proud to work here.”

WorkWave says Giannetto takes a forward-looking approach to his leadership by establishing a clear vision and goals for the company and empowering his teams to reach these goals by holding them accountable to customer-driven deliverables.

The company says he recently spearheaded a major company-wide initiative with the launch of WorkWave Payments, a streamlined, PCI Level 1-certified payment solution seamlessly integrated into WorkWave solutions—a first for the field service industry, and the first field service software company to mass migrate a $1.4 billion book of business.

The company says Giannetto’s passion for the customer has also allowed him to build a more customer-centric business, which has been especially important over the past few months as the business landscape for field service providers has dramatically shifted.

As a trusted partner to its field service customers, WorkWave says it has been able to give them the tools and support they needed to quickly adapt to the changes that COVID-19 has brought upon their businesses, while also ensuring that they remain profitable and that they remain competitive in their industries. 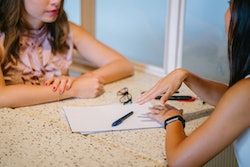 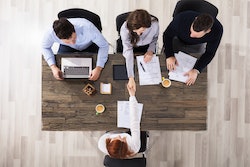 Hiring how to: Conducting an effective interview 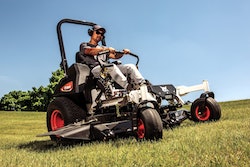 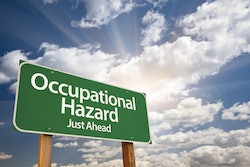