After months of uncertainty for small businesses across the United States, green industry professionals have adjusted to the new way of operating during COVID-19.

While other industries were forced to make financial and operational cuts, many landscapers now find they are exceeding previously planned goals for the season, offering pay increases, bringing on new workers and expanding their businesses.

Austin Moccia, owner and CEO of Moccia Lawn and Landscape, Inc. in Grosse Ile, Michigan, says despite the pandemic, his company has seen great growth this year, but not without effort.

At the start of the pandemic, Moccia says he heard from others in the business that many of their employees chose not to come back to work, as they were able to make more money by filing for unemployment. Moccia says he’s thankful that that was not the case for his crews, and to reward that loyalty, they offered raises in the spring.

Moccia adds that he has been extremely impressed by his crew and their willingness to go the extra mile during the chaos of the pandemic, and this led him to give a second round of raises recently.

“After seeing the ways these guys acted, that was probably one of the pivotal moments where I said, you know, even though we’ve already gone through our planned raises, people like that are the ones you want to keep,” says Moccia. “Businesses can make a lot of spending decisions but at the end of the day, the cogs and gears that make a business run are people. I would rather be focused on quality over quantity when it comes to my staff.”

Along with offering raises among his employees, Moccia says the company was also able to expand its fleet and purchase a new industrial property for their headquarters.

“With people being home more, it put them in the perspective of how they could invest in their spaces to make them more pleasant to be in,” says Moccia. “As a result, we saw a very high demand throughout the season and have already booked several weeks into 2021.”

Moccia says they are one of only a few landscaping companies in southeast Michigan that work seven days a week, but he believes this turned out to be beneficial for them as they worked to catch up on projects delayed due to the shutdowns.

Miles Kuperus, Jr., CEO of Farmside Landscape & Design in Wantage, New Jersey, says they’ve gotten back into the swing of running full crews, but they’ve continued keeping crew members limited in trucks and spreading them out while on jobsites.

Kuperus says they did not have to make any financial or staffing cuts due to the virus. On the contrary, he says the lack of staff has been a problem they’ve dealt with since ramping back up production. Currently, Kuperus says they will maintain the staff they have, but the hope for 2021 is to bring in a few new faces.

Even with the economy opening back up, Kuperus says supply lines continue to be tight, as sales skyrocketed once landscapers were able to work again. Kuperus says the supply houses just haven’t been able to keep up with the growing demand.

“Those supply lines continue to be a challenge, primarily with hardscape,” says Kuperus. “We’ve been fine to secure our plant orders, but it’s primarily been hardscape and any form of lumber. Lumber prices just went out of the roof. You’ve got multiple issues that played out, and you had price increases that happened on the lumber side.”

Since the arrival of COVID-19, communication methods and frequency have changed drastically.

For Moccia, communication has changed both out of necessity and also out of courtesy for their customers, as he always wants to ensure they are aware of how projects are progressing.

“What I try and do, more so than we ever have, is to provide consumers with more options, because an informed consumer is going to be a happy consumer,” says Moccia. “In the event something’s not available, I’ll tell them right off the bat. It eliminates the stress in the event that a certain material isn’t available, and we learned that real quick.”

Kuperus agrees that they’ve worked hard to keep the lines of communication open with customers, as well as continued to implement distancing guidelines when meeting to discuss projects.

Initially, Kuperus says they made a point of meeting with customers only outside. This allowed all parties involved to remain in the open with proper air circulation, to remain socially distanced and to be able to walk the property. Taking this step put customers at ease, and Kuperus says it has been worth the extra effort to ensure clients feel safe and valued.

Check back tomorrow for part two, where we’ll see what’s on the horizon for these landscapers in 2021, as well as how operations are running now as opposed to how they were pre-corona. 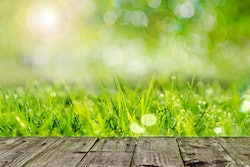 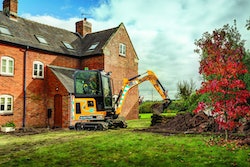 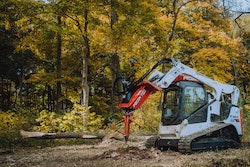 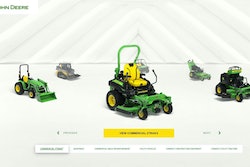