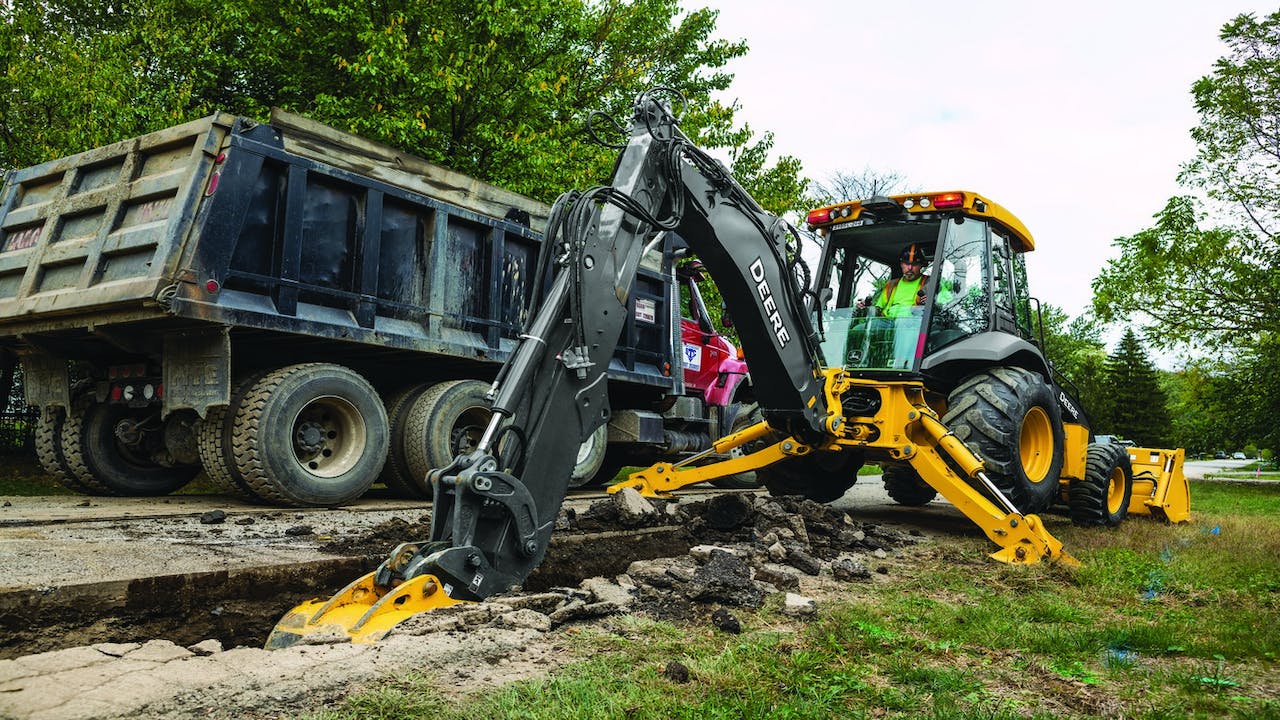 Ranging across the L-Series backhoe lineup, the company says the updates, which include engine upgrades, new pressure-compensated load-sensing (PCLS) hydraulics on the 310SL model and machine control improvements, enhance operation and machine performance.

The company says this Final Tier 4 engine results in a boost in horsepower across the models, while the removal of the exhaust gas recirculation system and components improves reliability.

Already offered on the 310SL HL, 410L and 710L, the company says the PCLS system results in increased productivity and improved backhoe controllability at any engine speed. In addition, John Deere says trenching operation can be conducted at lower engine rpm.

“We are committed to continuously improving our equipment to offer our customers more value out of their machines,” says Brian Hennings, product manager, John Deere Construction & Forestry. “With these upgrades, we are directly addressing our customers’ needs. These upgrades build upon the best features found on the L-Series machines, resulting in a lineup designed to power through the toughest jobs.”

The company says the 310SL is now equipped with Lift Mode. When enabled, John Deere says it automatically sets the engine speed to 1,400 rpm and increases max hydraulic pressure to 4,000 psi, for up to a 10 to 15 percent increase in backhoe lift capacity.

Additionally, the company says buttons for the horn, selective flow, auxiliary proportional roller and extendable dipper stick have been integrated into the backhoe pilot controls.

Now available as a base offering on the 310SL, 315SL, 310SL HL, 410L and 710L models, the company says AutoShift technology automatically adjusts the transmission to the most appropriate gear for an enhanced operator experience.

The company says the new machine combines the compactness and mobility of Mecalac’s AS Swing Loader Series with telescopic technology.

The company says the 22.2 gpm auxiliary hydraulics further increase flexibility, allowing use with a range of attachments, including mowers, road sweepers and earth augers. Functioning as a loader, telehandler or landscaping tool, the company says the AS900tele reduces the need for additional equipment and optimizes jobsite logistics.

“When you rely on one machine for each task, a jobsite can end up looking more like a parking lot,” says Peter Bigwood, general manager for Mecalac North America. “Reducing the need for additional equipment and streamlining the jobsite is at the heart of Mecalac’s design philosophy, including the AS900tele. It’s good for the contractor, the client and the environment.” 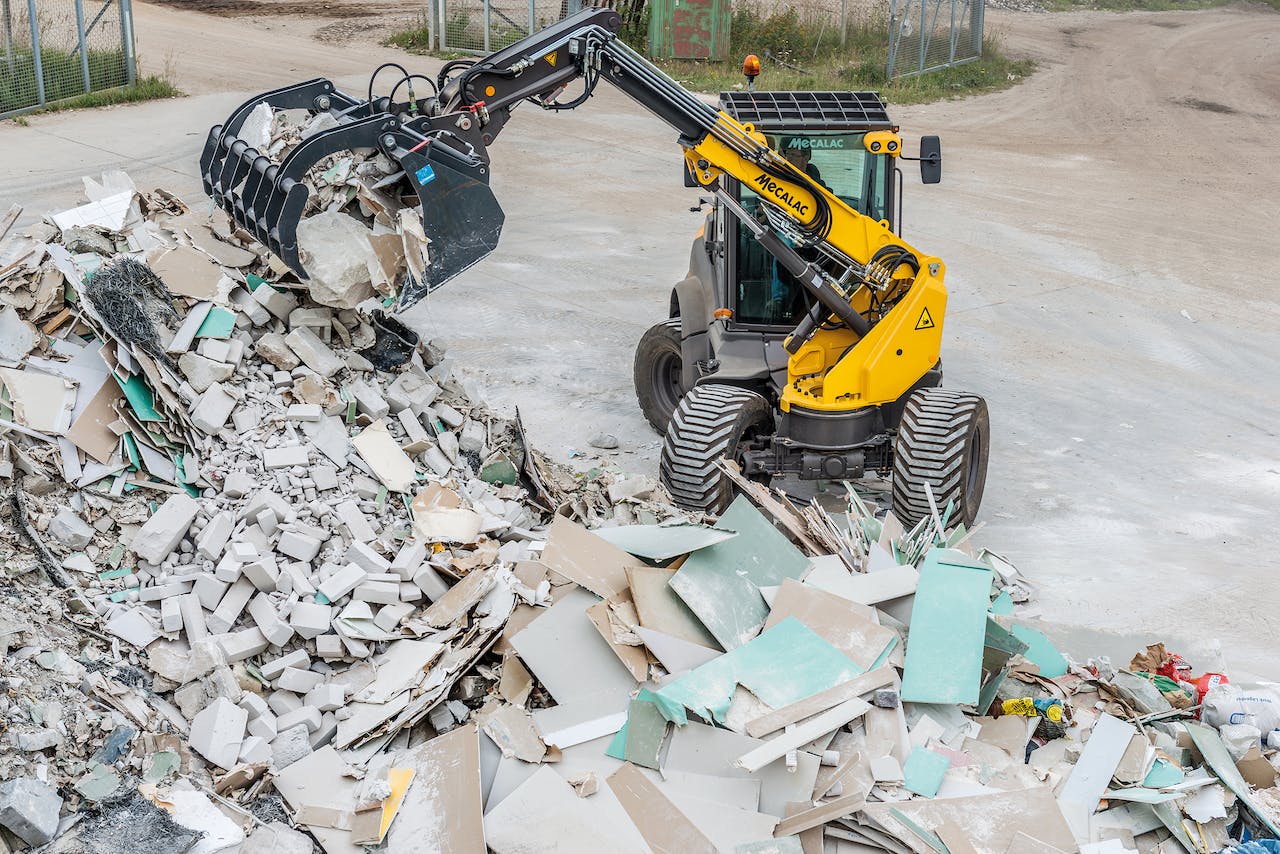 Like all AS Series units, the company says the 8-ton AS900tele features Mecalac’s innovative swing design. Mecalac says operators can swivel the fully loaded bucket 90 degrees on either side, transforming space management and allowing for a radical new approach to tasks.

With the rotated bucket, the company says filling trenches or carrying pipes requires minimum operating space, and on a road project, this rotation requires only a single lane closure rather than the two lane closure needed for traditional loaders. For a congested urban jobsite, the company says this flexibility allows for optimal equipment positioning in confined spaces.

Additionally, the company says the unit’s telescoping capabilities pair reach with power for unparalleled flexibility. With a lifting height of 15.5 feet and outreach of 11.5 feet, Mecalac says the AS900tele allows operators to minimize repositioning while maximizing reach.

The company says the AS900tele has a carrying capacity of 5,004 pounds at full extension. Paired with a range of attachments — including pallet forks, buckets, brushes, snowplows and hedge trimmers — the company says the telescoping allows the unit to replace traditional backhoe loaders, wheel loaders and telehandlers.

Combined with the swivel arm, the company says it results in a 20 percent smaller turning radius compared to traditional wheel loaders and increases productivity and safety for a range of common tasks. By avoiding unnecessary movements and maximizing the use of available space, the company says the AS900tele can increase productivity with less noise, maintenance and impact on the environment.

Even with the wide range of motion, the company says the AS900tele offers increased stability over traditional articulated loaders and telehandlers. Mecalac says a well-balanced design and automatically locking rear axle allow operators to safely maneuver in all positions and on all terrains.

“All the AS Series units were designed around a single idea — how do we improve the articulated loader to provide better efficiency and streamline the worksite?” says Bigwood. “The AS900tele takes that innovation a step further, replacing two or even three other machines without sacrificing the productivity or safety of Mecalac’s swing loader.” 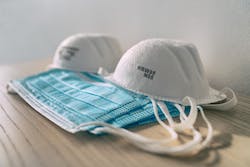 Hindsight’s 2020: Did the pandemic actually help the green industry? 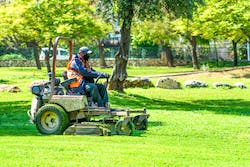 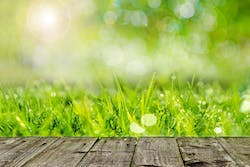 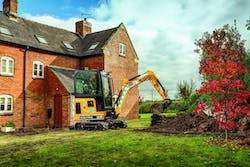 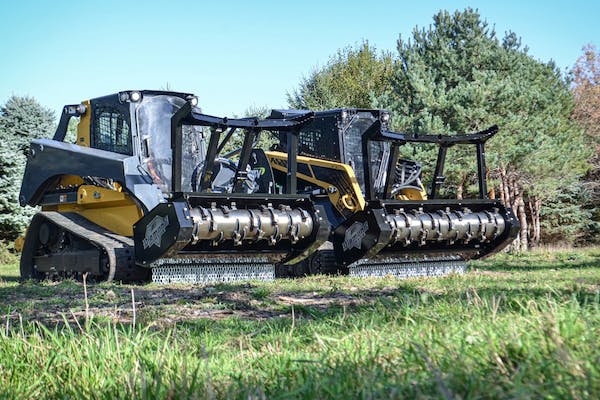