One of my biggest pet peeves when I’m driving is another driver who refuses to stop traveling in the left lane and refuses to travel at least the posted speed limit.

This is such a big deal to me that my fiance, who was once a left-lane driver, knows now to only use the left lane when he intends to pass another vehicle, lest he have to endure my soapbox session about why the left lane is not meant for cruising.

So, when I stumbled upon Vox’s reasons for avoiding the left lane, I had to share.

Here are six reasons why you and your crews should stay out of the left lane:

1. It’s Lane Courtesy Month. If you’re a left-lane enthusiast, this is a good month to start testing out the lane to your right. That’s because the National Motorists Association has dubbed June Lane Courtesy Month. According to NMA, “If everyone would practice lane courtesy, driving would be more enjoyable, our roads would be safer, congestion would be reduced, and we would even save money on gas!”

2. You’re annoying other drivers. Vox sums it up in one sentence: “There are basically two types of drivers: those who get worked up about people driving slowly in the left lane, and those who do it all the time and have no idea they’re upsetting everyone else.”

3. You may want to avoid fines and jail time. Vox notes that 29 states have some sort of law restricting vehicles that are traveling below the “normal speed of traffic” from driving in the left lane. According to USA Today, slow drivers in Georgia traveling in the left lane could be slapped with a misdemeanor — which could mean up to $1,000 in fines and up to a year in prison. And, as Vox reports, 10 states require drivers in the left lane to be turning or passing.

4. Police are seriously enforcing left-lane laws. Last year, sister pub Better Roads reported that Texas is cracking down on left-lane drivers, and violators can end up paying as much as $500. Ohio has also begun enforcing its left-lane laws, according to the Columbus Dispatch. In 2013, Washington police stopped more than 2,200 drivers for traveling too slowly in the left lane, MyNorthwest.com reports.

5. Avoiding the left lane reduces congestion. Have you ever tried to pass someone who was travelling slowly in the right lane, only to get stuck behind someone driving the same speed in the left lane? Vox reports that “many traffic jams result from a surprisingly small number of slow cars obstructing traffic.” When a driver blocks the left lane, it defeats a main purpose of the left lane: to allow for improved flow of traffic.

6. Avoiding the left lane is safer. Vox points to evidence showing that moving to the left lane and slowing down is more dangerous than speeding. About 4 percent of accidents in the U.S. are caused by these lane changes, while up to 10 percent of highway accidents can be linked to lane changes. According to Vox, a car traveling 5 mph slower than the average speed of traffic is more likely to cause a wreck than one traveling 5 mph faster than other drivers. 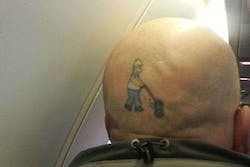 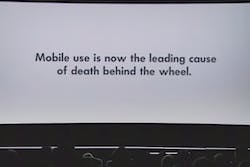 Moviegoers Get Real-World Experience of Texting While Driving 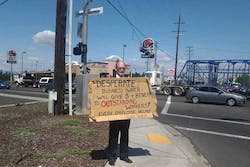 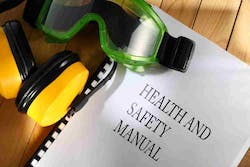 All About Safety on #LandscapeChat