NASA astronauts grew a crop of red romaine lettuce in the microgravity environment of space thanks to the Veggie plant growth system.

The plant experiment, known as Veg-01, studies the implementation of the system and the “pillows” that contain the seeds.

The Veggie system was developed by Orbital Technologies (ORBITEC) in Wisconsin and tested at the Kennedy Space Center before flight, according to NASA.

The pillows contained two sets of romaine seeds and one set of zinnias, which were delivered to the space station during a resupply in April 2014. The first pillows were cared for by Expedition 39 flight engineer Steve Swanson in May 2014.

After 33 days of growth, these plants were harvested and sent to Kennedy for food safety analysis. The second pillows were activated on July 8 and were grown for 33 days before being harvested.

The Expedition 44 astronauts will clean half of this crop with citric acid-based food sanitizing wipes and eat them while the rest will be sent back to Earth for analysis.

The Veggie unit contains a panel light that uses red, blue and green LED (light-emitting diode) lights to promote plant growth. The blue and red lights emit more light, but green was added as well so that the plants maintain an edible appearance instead of taking on a weird purple hue.

“Blue and red wavelengths are the minimum needed to get good plant growth,” said Ray Wheeler, head of Advanced Life Support activities in the Exploration Research and Technology Programs Office at Kennedy.  “They are probably the most efficient in terms of electrical power conversion. The green LEDs help to enhance the human visual perception of the plants, but they don’t put out as much light as the reds and blues.”

The interest in Veggie technology is simple: Astronauts will have to have onboard food sources to perform deep space missions.

“There is evidence that supports fresh foods, such as tomatoes, blueberries and red lettuce, as a good source of antioxidants,” Wheeler said. “Having fresh food like these available in space could have a positive impact on people’s moods and also could provide some protection against radiation in space.”

The possible psychological benefits of having a little piece of Earth to nurture in the depths of space is also being researched.

“The farther and longer humans go away from Earth, the greater the need to be able to grow plants for food, atmosphere recycling and psychological benefits,” said Dr. Gioia Massa, the NASA payload scientist for Veggie. “I think that plant systems will become important components of any long-duration exploration scenario.” 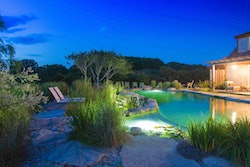 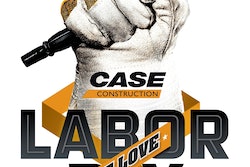 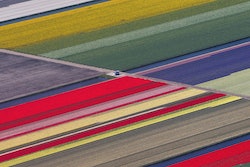 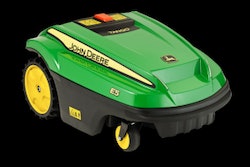